Health Insurance Rules Us All 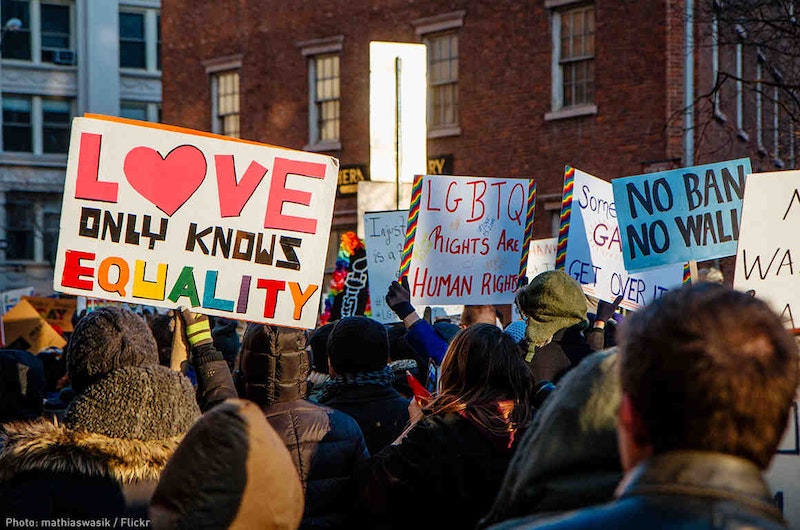 COVID-19 threatens all of us, regardless of race, gender, sexual orientation, age, or income. Yet the coronavirus pandemic hits certain demographics harder than others. As the New York Times reported last month, the coronavirus is “twice as deadly” for black and Latinx people in New York City thanks to economic and health disparities. “People of color are less likely to be insured, less likely to access medical care and thus at greater risk of suffering from diabetes, high-blood pressure and asthma,” Elvia Diaz of the Arizona Republic explained. People of color are also more likely to work in fields that increase the risk of contracting coronavirus, like food service jobs and nursing.

LGBTQ people are less likely to have health insurance—official numbers say 17 percent, compared to 8.5 percent of the general population—and according to a 2017 survey from the Center for American Progress, one out of four LGBTQ people reported experiencing discrimination and abuse from health care providers. Also, twenty-nine states still don’t have statewide LGBTQ protection laws, which means health care providers can refuse to serve queer and trans people. Even health care providers who don’t turn away LGBTQ patients don’t always provide them proper care, as I’ve written before elsewhere. (I once interviewed a non-binary person who told me they went to a psychologist for a disability evaluation, but the psychologist refused to use their pronouns and asked invasive questions about their genitals.)

The pandemic is also having a negative impact on LGBTQ people financially. A survey released on April 23rd found that, according to Vice, “LGBTQ people were 36 percent more likely than the general population to have lost work after cities and states across the country shut down nonessential businesses to stop the spread of the novel coronavirus.” The survey also found that 42 percent of LGBTQ people reported having to cut their household budgets, compared to 30 percent of the general population. Almost 21 percent of LGBTQ people already live in poverty, compared to 15 of cis and straight people, so the pandemic is likely going to make poverty rates go up.

According to a recent Williams Institute report, over 300,000 trans people have pre-existing conditions that put them at a higher risk of suffering from coronavirus complications, including high rates of asthma, diabetes, heart disease, and HIV. The report also found that because of high rates of homelessness among trans people, many might lack access to regular hand washing, and live in shelters where social distancing is not an option. COVID-19 has also delayed several trans people’s gender-affirmation surgeries, which could be detrimental to the mental health of many trans people.

I’m privileged to have a part-time job now, so I don’t have to worry about finances, and I have a roof over my head and access to medical care. However, since I work at a grocery store, I’m more likely to be exposed than those who work solely from home. I smoke cigarettes, so I have to be extra careful about keeping myself safe. I do wear a facial mask and gloves when I work, and always keep a bottle of hand sanitizer with me.

The pandemic has exposed systematic inequalities that leave certain demographics more vulnerable to COVID-19 than others. While it’s great for health care providers and employers to educate themselves more about LGBTQ specific issues, there needs to be a system-wide change to make sure all people are able to receive both the same amount of health care and financial stability.