Tarting Up the Language

Teachers would rather their students sound fancy than smart. 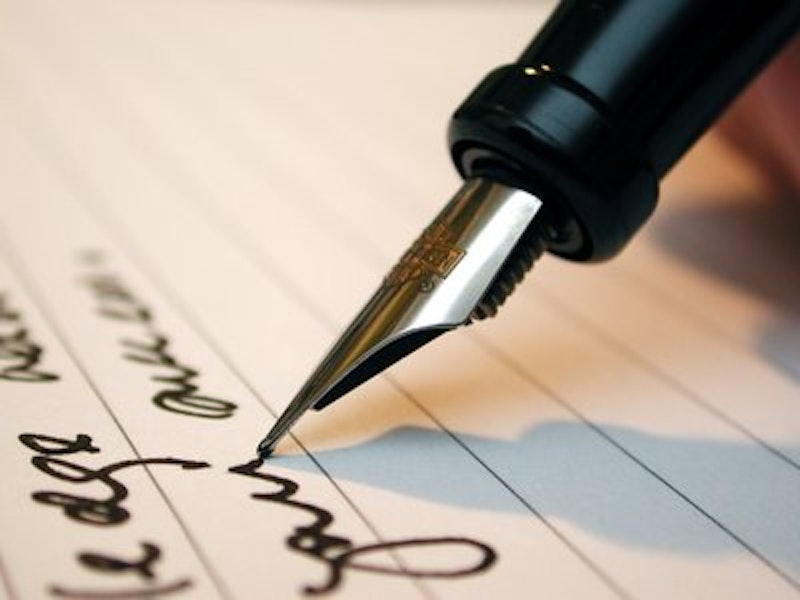 While the goal may be admirable (very few teenagers can write well), the execution is silly—or, I’m sorry, it’s foolhardy, scatterbrained, and irresponsible. Take Josh, a ninth grade victim cited in this article, who now sounds like an idiot in The Wall Street Journal (thanks a bunch, teach!): “Rather than saying, ‘This soup was good,’ you can say something like, ‘The soup was delectable,’ which really enhances it. It gives it sort of this extra push.” Yes, Josh, because “delectable” is so much more sensorily stimulating than “good.”

It’s one thing to prohibit bland, broad words like “good” and “fun”; it’s another to suggest they can be improved with a thesaurus. Encouraging students to liberally use their thesauruses will lead to lazy, imprecise writing, or, as middle school teacher Leilan Shelton might prefer: Sanctioning scholars to permissively avail themselves of their synonym dictionaries will shepherd them to slothful, nebulous penmanship. Conditioning students to use Latinate instead of Anglo-Saxon verbs—like “consume” vs. “eat,” for example—will only dampen their writing. Latinate verbs are “of the mind,” but that doesn’t necessarily mean they’re “more descriptive,” or better fit for the classroom. Anglo-Saxon verbs are “simple,” and that’s why they’re so powerful. They contribute visceral, body-oriented action to sentences and trigger specific images. Take these two sentences:

Bonnie Dougherty, a Mt. Lebanon parent in favor of the exercise, drank the Kool-Aid.

Bonnie Dougherty, a Mt. Lebanon parent in favor of the exercise, imbibed the Kool-Aid.

Is the second sentence “more descriptive” because I used “imbibed?” Of course not. It’s pretentious and out-dated. Are we teaching students to value purple prose? Are we teaching them to indiscriminately flaunt their wide, thesaurus-aided vocabularies? Should we reconsider the modernists, and shift our academic attention solely to Charles Dickens?

Yes, apparently we should. Students were encouraged to “edit” passages from A Farewell to Arms and Ulysses without cultural or literary context:

“Josie and Josh agreed to take a stab at editing famous authors, starting with the closing words of James Joyce’s Ulysses: ‘….yes I said yes I will Yes.’ Head down, her pigtails brushing the paper, Josie examined the phrase and then suggested a small amendment: ‘…yes I hollered yes I will Definitely.’”

“In A Farewell to Arms, Ernest Hemingway refers to cars “going very fast.” Josie revised that to “going at a superior speed.” Josh went with “lightning speeds.””

This exercise exemplifies the idiocy of the American school system. When will a functioning adult ever have to expand a piece of writing on the sentence level? The key to clear, effective real-world writing (emails, contracts, policy briefs) is concision and precision, which this exercise completely rejects.

These teachers ought to be fired. I implore it.