A week of bad lessons from college. 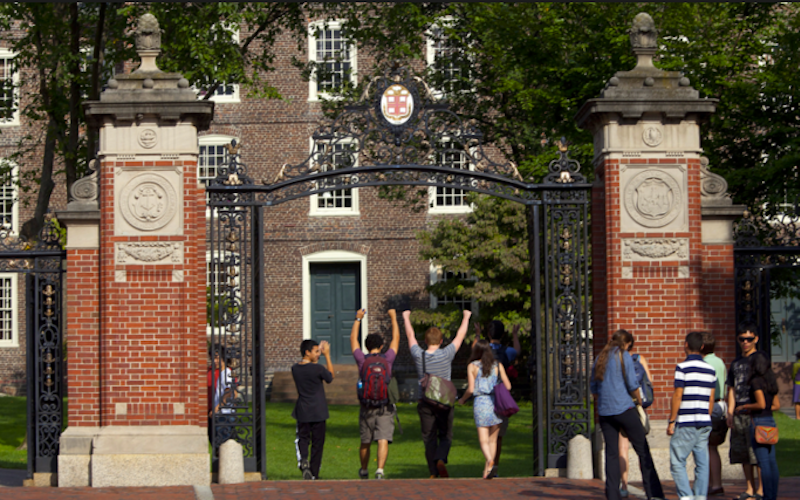 A long Daily Beast article describes leftist protestors shouting down friendly faculty members—and a student weeping—over Brown University’s alleged racism, though Brown is one of the most left-liberal, anti-racist places in the world and has just announced it’s spending (a likely ill-advised) $100 million to make itself even less racist.

I knew when I graduated from Brown two decades ago that America would be in really rough shape if that place’s leftist values spread to the rest of society, inculcated under the phony but strategically-useful banners of “tolerance” and “pluralism.” For a decade or so, I was able to kid myself that it wasn’t happening, that the contagion had been contained in Providence, RI. Maybe America would be okay.

Brown, much like the “social justice”-promoting left-wingers who now dominate Twitter (and who make inroads even in libertarian circles), was often adamant in its who-are-you-to-judge moral relativism back in those days. But my real fear, which I almost never voiced back then (despite the fact that I was probably viewed as an argumentative and outspoken student), was the potential one-two punch: (1) a prevailing relativism exploited by (2) opportunistic fanatics—a situation analogous to the problem Nassim Taleb recently described of a passive majority faced with an insane but stubborn minority.

How would the relativists handle, say, fanatical Muslims insisting on getting their way in a relativist/pluralist atmosphere, I silently wondered? But even I had learned from Brown to feel guilt immediately upon having serious doubts about the good intentions of other cultures or the intelligence of my political foes, so I filed that hypothetical away as though it were a dynamic out of an imaginary sci-fi society, not a glimpse of our real future. Perhaps I was too paranoid. I strove to be intellectually cautious instead, even as a teenager.

Meanwhile, the left-wing students all prided themselves, like masochists or martyrs or both, on confessing the evils of mainstream America and their own personal culpability in wrongs done to every other imaginable population on Earth, stretching back to 15th-century Native Americans and beyond. These were people who would happily commit suicide, cultural and perhaps literal, if they thought for a moment it would appease their purported moral superiors from marginalized cultures.

As the faculty who got shouted down for an insufficiently generous $100 million anti-racism plan are now learning, though, appeasement doesn’t work. Cave and people demand more caving.

Perhaps while the Constitution, as they say, is not a suicide pact, the left-liberal mindset is a suicide pact. That may be why some of them sympathize with domestic criminals and foreign suicide bombers. Left-liberals of the Brown University type ultimately want to prove their moral worth the only way they know how: by destroying themselves, and perhaps taking the rest of us with them. Their willingness to be destroyed proves, to their minds, they cannot be judged oppressive. This is a formula for playing acoustic guitar contentedly even if Rome burns.

That is not to say nothing good ever came of the Brown mindset. I applaud, for instance, my Brown contemporary Jesselyn Radack, who has defended free speech as an attorney and stuck up for whistleblower Edward Snowden. She’s ample proof of the idea that in the long run we’re more likely to defeat foreign tyranny and spread American ideals with freedom, technology, and the occasional scantily-clad woman than with militarism and intrusive surveillance.

I worry, though, that those who oppose us and prefer the conflict to be settled violently know that they can count on the academic left to turn people into willing and ready victims.