Why we hate professors and protestors. 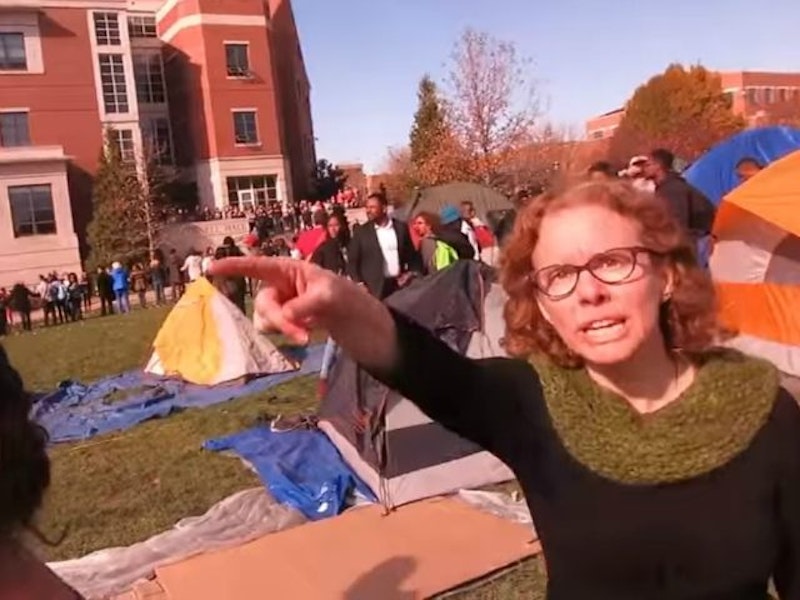 The past couple of weeks have afforded us opportunities to witness protests with noble aims but grotesque methods, protests with grotesque aims but polite methods, and protests with both bad aims and bad methods. Is it any wonder most normal people just hope to steer clear of all protestors, the way one might have a general rule in favor of avoiding “agitated mobs” without inquiring too deeply about the mob’s mission?

The Million Student March takes place today, and I honestly hope it goes smoothly, though its demands include a destructive, job-killing hike in the minimum wage and the magical erasure of all student debt.

Still, if they avoid violence, they’ll look good by comparison to the UK’s Million Mask March one week ago, which, as the Irish Independent noted, led to some strangely apt fighting and vandalism near the red-carpet-walking stars at the premiere of the final Hunger Games film. (If I get to see any young, leftist protestors in action when the Hunger Games film comes out in the U.S. next week, it may serve to ideologically balance out any picket line of cops that might turn up when I see Tarantino’s Hateful Eight come Christmastime.)

The UK seems to put up with a bit more protestors-running-amok than we do, which seems unfair given that mere speech can get you put in jail over there, as in much of Europe, if you dare criticize a marginal group.

The sanest way to handle law, of course, is to avoid asking, “Whose side are you on?” (tribalistic humanity’s favorite stupid question) and just stick to the simpler business of jailing anyone who threatens or initiates violence, whether or not we like their philosophy. It’s very good that two University of Missouri students who threatened violence against blacks this week were arrested.

And their existence does not let off the hook the villainous media studies professor and Twilight expert Prof. Melissa Click (whose name sounds like a Flash villain, by the way), the lefty academic who shouted for—and got—some volunteer “muscle” to help shove a photojournalist out of a hastily-declared “safe space” amidst the anti-racism protests at MU.

Let’s not pretend she’s a surprising anomaly, either. She looks like she’d be right at home in Brooklyn. Anyone with eyes and a fully-functional brain knows college leftists, especially the Marxism-influenced social-justice-seeking kind you find in media theory classes, have been training aspiring brownshirts for about a half-century now—though I’ve noticed even a purportedly-libertarian professor rushing online to claim that the larger problem is an America warped by militarism and religiosity, not academia (never lofty academia). It’s a scary thing to admit the intellectuals are the real source of our psychosis. It is like realizing there is no help coming from “above.”

At least one leftist professor/pundit has taken to Twitter to defend not just Prof. Click but the shoving of the photojournalist as inspiring “social action” or whatever—fancy Marxian terminology for “behaving like a violent mob that thinks it has a good philosophy.” Regardless of your politics, it’s helpful to heed the core message of a recent article by law-and-order conservative Heather Mac Donald about these developments and racial hysteria in general: As I too have always said, if you tolerate the crazies, rest assured you will get more craziness.

With universities now likely more terrified of their lucrative sports teams turning into political protestors and going on strike than of plain-old vandalism or rioting, I suspect we will see a lot of caving by college administrations, and thus a lot more incentivizing of bad behavior, in the days ahead. Welcome to Prof. Click’s universe.