Outrage Is the New Power Grab

All it takes is one complainer in this era of the victim. 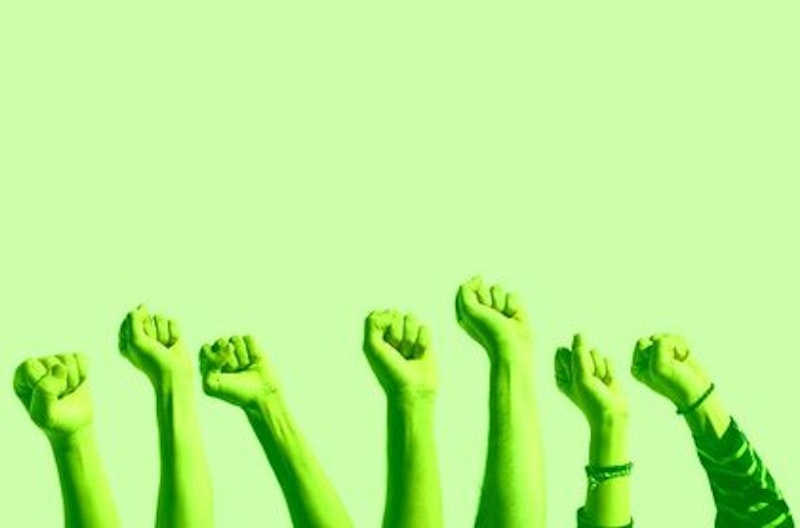 It’d be dandy if I could be sensitive, complain about perceived offenses and then get my way, but I’ve too much privilege for that. I’m left out! There are a lot of opportunities to get a leg up on others in the current environment. The best way in today's victim-centric society is to take offense at something fairly innocuous, raise a stink, and wait for the inevitable cave-in by the authorities.

I'm not referring to Confederate flags removed from state capitols. That was long overdue. It’s the really minor stuff like, say, having a taco night on a college campus to raise money for charity. Well, it wasn't minor to one student last year at Dartmouth who was offended by a “Phiesta” fundraiser—all you can eat tacos—for cardiac care that a fraternity and sorority were planning to throw. The offended student referred to the "cultural appropriation" of the Cinco de Mayo holiday and the event was cancelled. The winner: one student. The losers: cardiac patients and many students deprived of a fun event.

The very concept of taco nights is currently under attack in this nation. Last month, two offended Clemson students threw their weight around and got the regular Wednesday evening taco night—“Maximum Mexican”—cancelled. The students complained that cafeteria employees were wearing sombreros, and they didn't like the balloons with mustaches on them either. If it’s actually possible that the hats are a problem, one option would be to get rid of them, and the balloons too, and continue with taco night, but in addition to cancelling the event, Clemson issued a formal apology.

Students have figured out that all it takes is one of them voice a complaint and they can get their way. No need to go through the old-fashioned process of circulating a petition. Just write an email with a few buzzwords like "cultural appropriation" and administrators cave immediately. In such an atmosphere, the right of the super-sensitive—or, more accurately, the super-manipulative—not to be offended in any way trumps the rights of all others. It's a quick route to power. These are the types who think that a statue on the campus of the University of the Incarnate Word in San Antonio, Texas, which depicts a woman sitting on a bench and a man standing and talking to her with one foot on the bench is a depiction of "mansplaining." Never mind that the woman in the statue is the sculptor's daughter.

A woman named Ash Hernandez first alerted the public when saw the statue on her way to an exam. She sent it to her friend who tweeted it, and it went viral. “The sculpture just screamed mansplaining,” Hernandez told Women in the World. “I feel like we’ve all been guilty of [mansplaining], males and females alike. But it’s just less palatable when a guy’s up to it ’cause, well, he’s still on the right side of oppression.”

I need someone to explain what the "right side of oppression" is, or how a woman can mansplain something. Hernandez is the sort of woman college administrators are up against now. They will find something to get offended by and they will go public with it. Since that automatically makes them victims, they have the upper hand, because victimhood is the currency of the social justice warrior.

When your fear of being offended can get you perks, as it did at Brown University, as a safe room replete with cookies, coloring books, bubbles, Play-Doh, calming music, pillows, blankets, and a video of frolicking puppies, you have real power. Students at the University of Missouri have shown just how much power they can exercise by expressing outrage. Mizzou student Jon Butler went on a hunger strike over what he claimed was the school's failure to address racial incidents, saying he felt "unsafe." Who threatens to kill himself if he feels unsafe? Butler needs nothing more than a psychiatrist, but instead many on campus lionized him. Then there’s the student body president, a gay black male named Payton Head, admitting to spreading false rumors that the KKK was roving the campus, looking to hurt someone. Melissa Click, of the Mizzou Journalism School, was looking for "muscle" to eject a member of the media.

All of this gives off a stench. No genuine photo of the alleged swastika in the bathroom that's at the center of the story has been produced, and the local police are mum on the topic. But, once again, the outrage worked, and this time a university president lost his job. It’ll get ugly on campuses now. Students will use outrage as a power play, because they’ve witnessed the strategy's magic.