Friends School of Baltimore Screws Up

My alma mater promoted a bigoted alumnus and all I got was this infinite sadness. 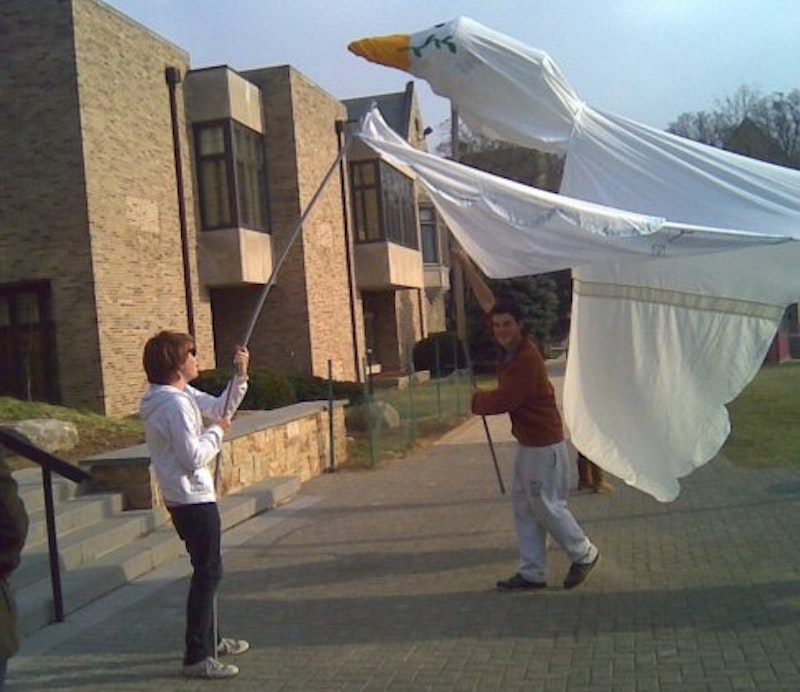 I love the high school I went to, and I’m dumbfounded that it would proudly promote this feature in Wednesday’s Washington Post. Friends School of Baltimore should be ashamed of any association with Ryan T. Anderson, an alumnus who is considered the “conservative movement’s fresh-faced, millennial, Ivy League-educated spokesman against same-sex marriage.” A hundred years ago he’d be riding horses in white robes, but in 2015, if you’re telegenic and an enthusiastic debater, you can promote intolerance on morning talk shows and get puff pieces written about you in major newspapers.

What a clown. After a torrent of criticism from students and alumni, Friends removed its link to the article, and Head of School Matt Micciche issued an apology that has also been removed. Right on cue, Erick Erickson at Red State decried the imaginary “Intolerant Left,” who “did not want to confront not an opposing argument [sic], but even the mention of someone who makes the opposing argument.” Would you even give the time of day to a member of the Westboro Baptist Church? Ryan T. Anderson is nothing more than the TV-friendly version of the same thing: a “devout Catholic” stuck in the Stone Age and hung up on gay marriage because it challenges the integrity of his belief system. Believe in what you will, but there is nothing “civil” about standing in the way of love. Your God means nothing to me and has no place in any court in this country. Denigrating other people for their sexuality is hate speech, and same-sex marriage has absolutely zero impact on bigots who hide behind religion who would be better served seeing psychiatrists than attending Sunday Mass.

Erickson says that his friend Ryan “is perhaps the leading voice in the country in support of traditional marriage. He makes a very forceful, but also very civil argument, in defense of it. His work has been quoted by members of the United States Supreme Court.” I’m not impressed. Is there a civil argument in support of phrenology, or against equal pay for women? No. These are black and white issues of discrimination and disrespect. Anderson even recognizes that it’s “a losing argument to oppose the legality of same-sex marriage on religious or moral grounds,” so he’s going the Won’t somebody please think of the children? route: he’s happy if “Americans at least consider his message: that government’s interest in regulating marriage is to protect the offspring that come only from the male-female union, not to validate the desires of adults.” Good gosh man, you’re grasping at straws. There is nothing that makes gay people less fit to parent than a straight couple. “Gays and lesbians undoubtedly have been discriminated against […] But marriage is not part of that discrimination.” He’s run out of hairs to split. It’s just total nonsense, and if you’re so bothered by something that doesn’t affect you at all, maybe take a visit to the confessional instead of Good Morning America.

I realize that Ryan T. Anderson is just another lipsticked pig on the wrong side of history, but I’m sad that my alma mater thought it was appropriate to post this puff piece as proof of a Friends student done good. I didn’t even get to read Matt Micciche’s apology before it was taken down and the whole mess was swept under the rug. Not exactly the best example for your students. Stand by your mistake and withstand the vile comment thread. Quakerism implores one to look for the inner light in everyone, but I have a hard time seeing anything but darkness in the rhetoric of a bigot in a bespoke suit.