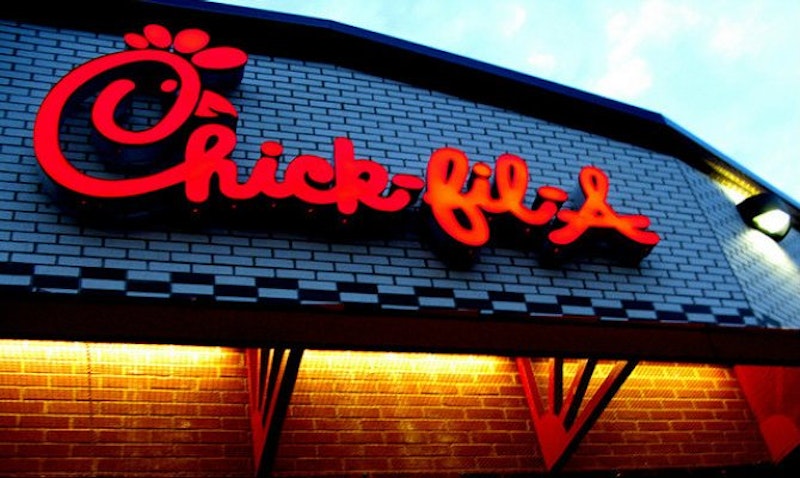 Traditionally, student governments at colleges and universities across the country are fairly toothless, comprised of go-getter men and women who dream one day of entering politics, or more prosaically, are looking for an extra-curricular activity to pad their graduate school resumes. When I was an editor at the Johns Hopkins News-Letter in the mid-1970s, the Student Government Association (SGA) was a prime target of the (then) twice-weekly newspaper, providing a lot of hilarious material to poke fun at the self-important students who debated all sorts of nonsensical topics. (In fairness, those of us at the News-Letter also didn’t suffer from a shortage of ego.) What surprised me was that in 1987, at a 10th reunion of my class, it turned out that several of the SGA “idiots” had turned out to be quite decent young adults.

In today’s vomit-inducing college culture of “trigger warnings,” “safe zones” and alarming near-illiteracy about history and basic grammar, as well as a refusal to read books or periodicals that are outside course requirements, I suppose the damage done by student governments is more pronounced. In the past couple of years, there’ve been numerous instances—it’s like a contagious disease—of disallowing certain proposed commencement speakers if he or she doesn’t pass the PC smell test. I can’t remember that happening a generation ago: at my own graduation the speakers were a Marxist JHU professor and Admiral Hyman Rickover, and though both droned on at length, there wasn’t a peep of protest before the festivities.

In any case, I bring this up because last week the SGA at my alma mater passed a measure proclaiming the body’s vehement opposition of a Chick-fil-A opening on campus or nearby. Never mind that the fast-food company has no plans to do so, or that a student government’s opinion would have zero juice in preventing a franchise from setting up in Charles Village, the neighborhood just minutes away from the campus. According to the News-Letter, freshman John Hughes spoke for the majority: “The types of organizations that Chick-fil-A contributes money to were not a church which happens to coincidentally be anti-LGBT. Chick-fil-A was giving money to organizations which were supporting the formulation of things like laws in Uganda that were literally allowing gay people to be executed for being gay.” And perhaps with that righteous statement taken care of, young Mr. Hughes was off to a kegger, to make passes at an attractive girl.

Kidding! Christ, I’ve no need for a band of these moral arbiters to put a target on my back. Naturally, there was some kickback, as junior Andrew Guernsey, co-president of Voice For Life (VFL), spoke at an SGA meeting and asked, “Are social conservatives still welcome on the Hopkins campus?” My bet is yes, as long as they pay their criminally outpacing-inflation tuition fees each semester. I don’t guess that Guernsey, who was later invited to write an article for National Review, got anywhere with his query, but he probably felt like a million bucks.

I imagine this is the standard to-and-fro that transpires on campuses today, and although I do have a son attending college, little of this really interests me. But I did take note of this JHU situation because it’s a microcosm of not only academia today, but also society at large. For example, after the devastating earthquake in Nepal, many took to Twitter to express their concern, short-handing comments such as, “All good thoughts and prayers to the people of Nepal.” Who would disagree? What bugs me is the urgent need for high-minded types to publicly proclaim their distress, as if, thousands of miles away, that would help the victims. Rather, it’s a noisome habit of getting a mitzvah on the record, feeling dandy about yourself, and then moving on to another topic.

Straying just a little, it’s not dissimilar to when a celebrity or noted artist dies—often at the age of 80 or older—and social media participants let out the same gasp of “Oh no!” It reminds me of when Dwight D. Eisenhower died in 1969: I was playing softball at my friend Bobby’s house, and his brother appeared with the breaking news that, in fact, Eisenhower, 78, had passed away. “I can’t imagine the world without him,” the 11-year-old said, and Bobby and I, 13, just looked at him in wordless astonishment, as if to say, “Get a grip, man, the guy led a distinguished and full life! We shall march on!”

Anyway, though all the posturing on college campuses by students of different political and social views, especially in the JHU case of a hypothetical conundrum, is baffling, it’s not the biggest deal in the world. It’s preferable to them working past midnight in a chemistry lab trying to concoct a new, super-strain of bath salts or some other brain-blasting drug.