Young men in colleges are seen as enemies. 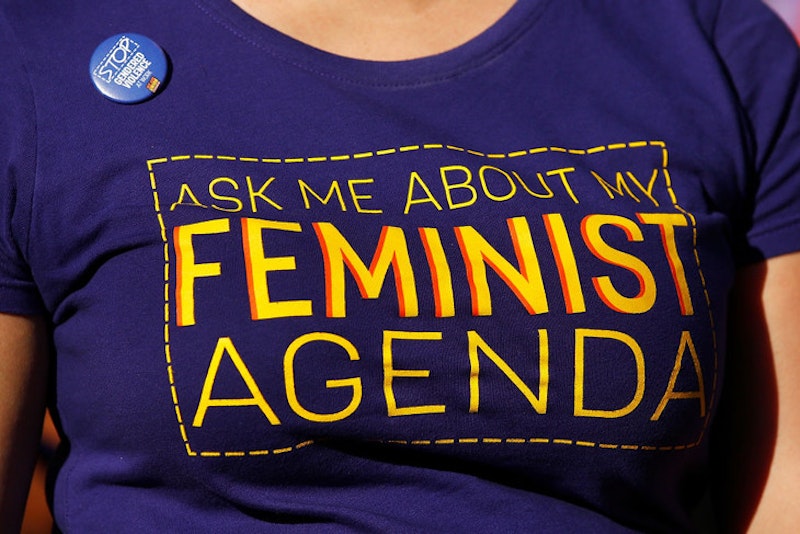 On Sunday, a disturbed individual in Cleveland gunned down a grandfather named Robert Godwin, who was walking home from Easter dinner. A narcissist in the age of technology, the murderer gained further satisfaction by posting the video of his deed on Facebook. As expected, some viewers had their doubts about its veracity, which upset the murderer. He'd provided visual evidence of his crime and wanted credit. On another Facebook video, he called this skepticism “the crazy part,” a chilling statement from a person who'd just executed a man in cold blood.

That Steve Stephens can murder a man and then instantly advertise it all over the world is disturbing. It allows all the armchair analysts to weigh in and take the focus off the victim. There's an exploitative element to this, as if a death is just a convenient opportunity to promote one's personal politics. It's also plain annoying, because the instant experts never allow their lack of training in criminology to check their blathering impulses.

One school of thought says that Stephens’ crime was an expression of what feminists call his “toxic masculinity.” These are the same people who whine about the cultural appropriation of dreadlocks and hector people about their privilege. The murderer attributed his brutal act to the failure of his relationship with a woman, and that's all the evidence some needed to draw an instant conclusion. In fact, days later a neighbor said Stephens tortured animals as a teen, an indication of serious psychological problems that has nothing to do with toxic masculinity.

Proponents of the toxic masculinity theory have been successful on college campuses at spreading the message that young men carry a demon seed within them that only feminists know how to remove. Educational programs are aimed at telling half of the students they have a chromosomal, poisonous rage within them that must be expunged before it inevitably explodes and hurts someone. Many men who’ve never manifested any symptoms of this malaise are resentful that there's an implied connection between themselves and savage men like Stephens.

Toxic masculinity doesn't have a formal, academic definition. It's more of a catch-all term that can be applied to anything that's identified as male-related rage. It's a concept that men’s advocacy groups have used to describe a single-mother family situation that might produce a mental image of exaggerated masculinity in boys. Now, feminists are using it to suggest all males were born with this “original sin.”

The preoccupation with toxic masculinity often turns absurd. In a Rolling Stone article about last June’s Orlando gay nightclub massacre, Soraya Chemaly tried to tie murderer Omar Mateen's horrific crime to his toxic masculinity and domestic abuse against his wife, even though he’d pledged allegiance to ISIS and was targeting gay men. “Homophobia is nothing if not grounded in profound misogyny,” she writes, as if that's axiomatic. Proceeding from her false premise, the writer concludes that Mateen unleashed his toxic masculinity on gay men, who are “like women.” She makes no mention of the possibility that the murderer was a closeted gay man, which there's evidence of, and that self-loathing might have also been a factor in his murder of 49 people.

Stretches like the ones Chemaly made (are gay men really proxies for women?) indicate that some true believers are trying to shoehorn their pet issue into places it doesn't fit. Mateen called 911 and said that he did the shooting. He wanted credit, just like Stephens did. In a narcissistic era fueled by social media, people are interested in a personal brand, even some of the monsters among us. Still, there's no real evidence that toxic masculinity made them do it.

Men do commit most crimes, but most men aren't criminals, so the toxic masculinity theory falls short as an explanation. Forcing it on college men isn't going to stop any of these murders, although it does provide an opportunity for feminists to achieve power. While they'd never admit it, insisting every man has a toxic masculinity provides an opportunity to denigrate them. Teaching it to college students as if it's established fact supported by research, rather than a trendy theory being pushed due to campus politics, is problematic as well.

Assigning a negative trait broadly across a gender is stereotyping, usually abhorred by liberals, but liberals are always willing to make exceptions to their creed when it suits their agenda. Try to imagine negative traits that some ascribe to females (watch reruns of the Real Housewives of New Jersey), labeling them toxic, and then lecturing 18-year-old women about them at a freshman orientation. Does anyone think that they’d react well to it, or that it would improve relations between the sexes?

It's no secret that many feminists in academia don't like men. Then how can it be a good idea to put them in charge of educating men in a belittling manner in which only the negatives of a gender are discussed? It's acceptable due to the feminist worldview of the dominant patriarchy that makes men the victimizers and women the helpless victims. Feminism is what's now toxic, which is a major reason only one in four women want to be known as feminists. Perhaps college men should be taught this.