Protecting students from intellectual “injuries” is now a campus priority. 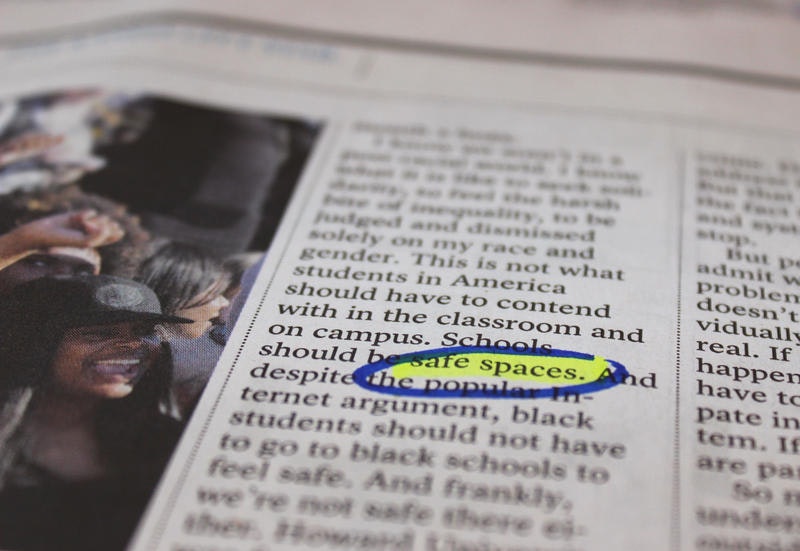 Campus politics have flipped since the Free Speech Movement protests during the 1964–65 academic year at the University of California, Berkeley. Students then aimed at forcing the university administration to acknowledge their right to free speech and academic freedom. Now that the regressive left has come to dominate politics on the American campus, academic freedom is limited and free speech often repressed when it involves conservative views.

The latest example is an email a group of Wellesley College professors who serve on the Commission on Race, Ethnicity, and Equity sent last week to fellow faculty members outlining their thoughts on how future campus speakers should be vetted. The missive was a diktat designed to protect delicate students from intellectual injuries.

Before addressing why free speech must be suppressed on campus, the professors made the obligatory assertion that they're all for free speech: “We, the faculty, defend free speech and believe it is essential to a liberal arts education.” With that out of the way, they quote historian Jelani Cobbs: “The freedom to offend the powerful is not equivalent to the freedom to bully the relatively disempowered.”

Characterizing speakers representing opposing points of view as bullies is one way for alleged free-speech advocates to curtail free speech. No meaningful debate can occur in a sanitized environment designed to prevent any hint of aggression. Students aren't required to attend speaking events, thus they have the option to avoid any situation where they feel they may be bullied. Faculty members receiving the email were also expected to accept that their students at this elite east coast institution are disempowered, which is quite a stretch.

The “no platforming” concept veers into book burning territory, as its criteria for exclusion are generally subjective. The email’s authors (Diego Arciniegas, Beth DeSombre, Brenna Greer, Soo Hong, Michael Jeffries, Layli Maparyan) mention “the enlightenment principles that undergird free speech,” while pointing out that “the natural limits of one’s liberty lie at the precise point at which it begins to impose upon the liberty of another.”

The free speech debate has always been about where that line in the sand gets drawn. Moving the line is a favored tactic of the regressive left, and it usually involves hurt feelings. When does free one’s free speech become so oppressive to others that it must be curtailed? The U.S. Supreme Court has traditionally been lenient towards the speaker and not overly preoccupied with the “liberty” of the aggrieved party. Liberty doesn't mean the freedom to never be exposed to unpleasant ideas. That's a sort of oppression in and of itself. Nazi party members in the United States are allowed to march in public displaying their swastikas (per National Socialist Party of America v. Village of Skokie, 432 U.S. 43, 1977) and public speakers are generally free to opine unless they're inciting imminent lawless action (per Brandenburg v. Ohio, 395 U.S. 444, 1969).

Campuses aren't public spaces, so they needn’t comply with the legal definition of free speech. Still, when colleges separate from democratically established norms they're removing themselves from society and shirking educational responsibility. The educators behind this email are using semantic sleight-of-hand and anti-intellectualism to redefine the American concept of liberty to suit their agenda. They claim to be for free speech while attempting to disguise their contempt for it in the language of concern. But without tolerance of viewpoints that are widely despised, free speech as a concept is meaningless.

One sentence stands out: “We are especially concerned with the impact of speakers’ presentations on Wellesley students, who often feel the injury most acutely and invest time and energy in rebutting the speaker's arguments.” Notice the language of concern once again, as if an opposing viewpoint causes an injury. Students expend time rebutting arguments? That's also known as education. Developing the verbal skills to combat ideas you oppose is an important life skill.

This chilling email concludes that school administrators have a duty to protect “disempowered” students from “injuries.” Institutions of higher learning now place a higher priority on keeping their students “safe” than preparing them for post-graduation life. They passively accept their students’ new views of what constitutes safety because that's the easy route.

Alternative feminist Laura Kipnis spoke at Wellesley earlier this month, provoking a hostile reaction from both students and faculty. “The culture of sexual paranoia I’d originally written about is a theology on campus," she said, "to the point where ideas that challenge conventional wisdom are construed as threats.” Wellesley political science professor Laura Grattan said, “The campus community belongs to students, they should have a say in deciding who takes the stage.” The real question is, do students have veto power over who doesn't speak?

Grattan also said that the idea that all views need to be heard “ignores the fact that some views reinforce institutional and culturally dominant norms and others are still just trying to be heard." In other words, free speech is what Grattan and other like-minded individuals in power determine it to be. She doesn't believe in free speech, and neither do the professors who wrote this email.