What Are White People So Afraid of? 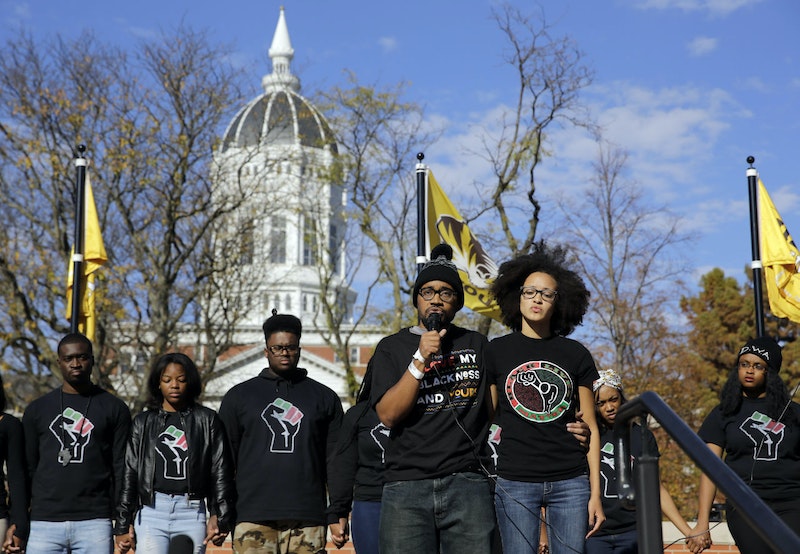 White people are really doing their utmost right now. Just when you think things won’t get any worse they do. I was sick to my stomach last week when I saw The New York Times story about how the Justice Department, under the Trump Administration, intends to go after colleges with race-conscious admissions policies they see as discriminating against white applicants. Debates against affirmative action programs, which are meant to uplift women, minorities, as well as those who are socio-economically disadvantaged, almost always cry discrimination against white people. But what does that mean? How is it possible to discriminate against white people, the very people who’ve historically put systems of discrimination in place?

You can barely talk about race or discrimination without a white person screaming: okay, fine, but what about white people?

Yes, what about white people! Princeton University is 5.9 percent black, 16 percent Asian, and 7.8 percent Latino, out of a student body of 8,000, which means they have a lot of white people roaming around. With a population of 30,000, The University of Iowa is 66 percent white. That’s almost 20,000 white people! Many minorities have never been taught by a professor of color. When the majority of campuses, workplaces, political spheres, industries, and most media are white, how, exactly, are white people discriminated against?

Being a person of color on a campus or in a workplace that’s largely or mostly white can be a violent experience. You get told dumb things like “You speak so well” (lame) or “You’re not like other (insert race) guys I know” (yeah because there’s only one of me) and “You’re beautiful for a (insert race) guy” (wow). One of my earliest college mentors, for instance, a black woman I admired and who encouraged me to pursue my dreams, had a swastika burned on her front yard.

Seriously. How are white people racially tormented and picked on at universities? How are they made to feel like they don’t belong?

What are white people afraid of? Why do they fight so hard to promise they don’t see color because we’re all humans? Why are they so afraid to hear about the experiences of black and brown people without re-centering themselves in the narrative all over again? Will a few more brown people in a university classroom mean the end of society as we know it?

People who are fundamentally disempowered cannot discriminate against a majority, end of story. White people—whether they think about it or not, and whether they actively embrace this or not—have an innate entitlement to everything, an invisible all-access pass. This pass provides access to land, schools, jobs, space, even language. Nobody ever asks a white person why their German or their French is so good, but a black German will always be questioned. A white student will also never be asked “how” they got into Harvard or Yale or Michigan or Iowa. They’re white so of course they “belong,” floating right through the doors. This is how white supremacy works. To access the same stuff, non-white folks need to show their wristband to the bouncer, every time.