The Blasphemy of Bret Weinstein 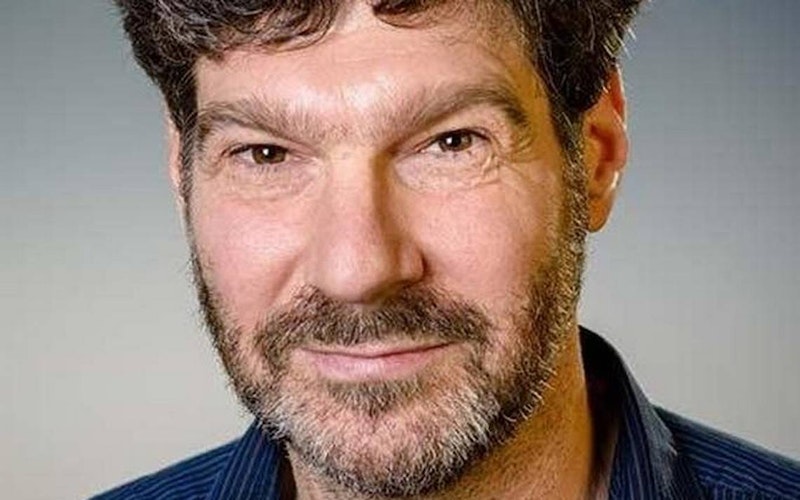 A group representing approximately 200 of Evergreen State’s 4,800 staff and students “requested” that white people stay off campus for an annual event known as “Day of Absence.” Bret Weinstein, professor of biology, wrote a respectful email explaining why he'd be on campus on that day, and was labeled a racist. Mob situations escalate rapidly. Ironically, the students demanding safe spaces created an environment too dangerous for Weinstein. He'd displeased the self-declared campus anti-racists—who more and more resemble a faith-based religion—and triggered them to enact one their favorite public rituals—the witch hunt.

No questions are asked once the witch hunt’s begun. While Weinstein has a reputation as an anti-racist and progressive, the mob doesn't care. Fortunately, the campus police called Weinstein when they learned students were prowling the campus, looking for “someone,” and warned him to stay home. The school's president, George Bridges, more concerned with his own safety than Weinstein's, ordered campus police to stand down.

It’d be hard to find a better example of the operationalization of postmodernism than what's just happened on this Washington state campus. In the surreal postmodern world, knowledge isn't power—power is knowledge, meaning that those with the power determine what the truth is. There are plenty of students on today’s campuses who know exactly how to use their victimhood status to get this power.

The Evergreen State mob certainly noticed when Yale University disgraced itself at its recent graduation ceremony by honoring two students involved in stoking a mob against two progressive professors over an “offensive" email about Halloween costumes in 2015. The message was: “Not only can you get away with bullying faculty members, but we'll even reward you for it.”

Yale abdicated its social and academic responsibility as a prestigious institution of higher learning. This precedent will now extend well beyond its own campus. Other schools are left to deal with students emboldened by concessions that empower them to run roughshod over normal standards of civic decency.

The students are like actors working with a successful script. They wait for their stage call—which has become even the slightest pushback against their agenda—chew up the scenery with disproportionate outrage that usually includes demanding that someone gets fired and the threat of violence, and apply the heat until the malleable administrators capitulate.

A key to how campus melodramas play out is certain students’ insistence on the redefinition of “racism” stipulating that people of color can never be racists because they're not empowered, thus empowering themselves to act in blatantly racist ways. A small group ordering (their “request” was a veiled order) white students and faculty to stay off their own campus for an entire day is an act of pure racism. The future success of campus mobs will be closely tied to how much leeway they're given on their distorted, politically-driven revision of what constitutes racism.

Bridges, and Evergreen’s faculty, have provided negative role models for colleges wishing to avoid the tyranny of the mob. Prefacing his address to his own hungry mob and its long list of absurd demands (e.g. campus police must be immediately disarmed and Bret Weinstein must be suspended without pay) with, “I’m George Bridges, I use he/him pronouns,” the cowering Bridges played his role just as it was scripted. In a cringe-worthy display of capitulation, he said he was “grateful to the courageous students who have voiced their concerns,” and assured students that he wanted them to feel safe on campus.

Faculty members caved to the students with a chilling letter filled with groupthink, signed by 58 of them, proclaiming that “Bret Weinstein has endangered faculty, staff, and students, making them targets of white supremacist backlash by promulgating misinformation in public emails, on national television, in news outlets, and on social media.” Weinstein had appeared on Tucker Carlson’s Fox News show because the mainstream media won't touch these stories.

The mob harassed, stalked, and doxxed Weinstein’s students because they declined to join the witch hunt. The student agitators made the campus unsafe for a professor, yet the faculty blamed him for making the campus unsafe. It's Kafkaesque. The new rule is you can never object to a campus diversity policy publicly. Only racists do that, regardless of their reputations. Neither your college president nor your own colleagues will help you if the mob comes for you.

Had the mob found Weinstein on the day police warned him off, there's no telling what they would’ve done. Watch a few videos of how they've conducted themselves and it's not much of a stretch to imagine the worst-case scenario. Feckless George Bridges and the Evergreen State faculty have paved the way to another student mob tracking down the next “racist” professor and administering mob justice. Student mobs, unable to successfully attack the real administrators of social injustice, have turned to a soft target for their rage. Until the so-called adults on campuses stand up to the bullies, instead of lauding their courage, the mob will continue to rule.