How Safe Is Your Safe Space?

Re-evaluating a 2015 op-ed by Judith Shulevitz. 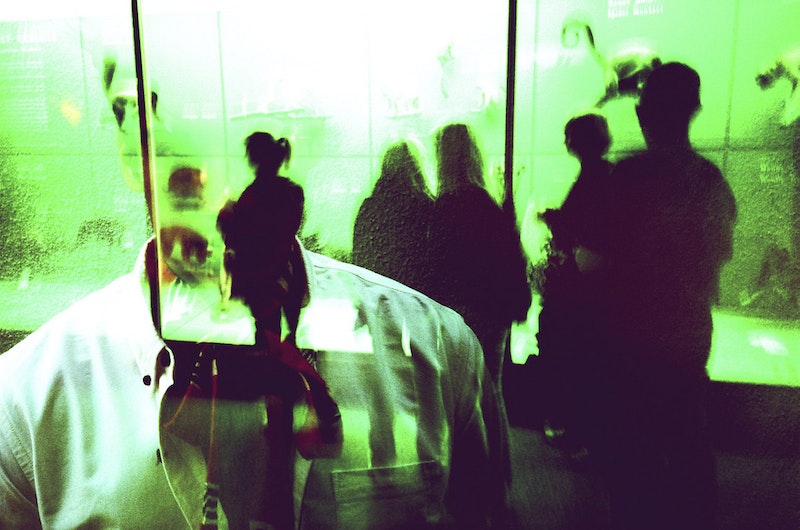 I first came across the term “safe space” about six or seven years ago. I was writing a paper on the relationship between eating disorders and childhood sexual trauma for a psychology class, and was trying to get a better understanding of the different methods of therapy available. I found a blog post by a woman who was conflicted about changes to her group therapy sessions—that men were now being included. It’s not that men had intentionally been excluded before, it’s that none had pursued treatment in her group until very recently. The conflict was that while there are certainly traumatized men in need of treatment, there were also women in the group with such severe trauma that their feelings toward strange men could be described as phobic. So the blogger was faced with a conundrum of how to meet the demands of all patients; in other words, to find a way to keep the group therapy space safe.

The term “safe space” has been thrown around a lot, either as a subject of mockery or as a social justice goal. If there’s a moment where I believe the term was ushered into the mainstream, it was a May 2015 New York Times op-ed by Judith Shulevitz. She was covering a November 2014 debate at Brown University between libertarian feminist writer Wendy McElroy, and feministing.com founder Jessica Valenti. Both debaters have written extensively about sexual violence, but have different conclusions and approaches to finding solutions. According to Shulevitz, organizers of the event were concerned about McElroy’s argument in particular, because she rejects common feminist talking points like “rape culture.” Even Brown President Christina Paxson sent out an email declaring her disagreement with McElroy’s position. Shulevitz presents student organizers as erring on the side of caution. In addition to making counselors available to triggered attendees, a room “equipped with cookies, coloring books, bubbles, Play-Doh, calming music, pillows, blankets, and a video of frolicking puppies…” was created for recuperation. It is this particular line that got everyone talking about safe spaces, and it now appears to be up for dispute.

Conservative columnist Bret Stephens, who recently jumped from The Wall Street Journal to The New York Times, enraging some of the latter’s readers. The Times recently ran a transcript of Stephens’ recent commencement address to Hampden-Sydney College; the theme was graduates leaving their safe space behind, and it cites Shulevitz’s colorful remarks.

Valenti is now disputing that two year-old description by zeroing in on Stephens’ characterization: “So Bret Stephens wrote about a debate I spoke at a few years ago & basically this is bullshit.” She continues in the following tweets: “Literally there was a classroom set up with some counselors—which is not a weird thing when you’re talking about sexual assault… It’s not unusual for any talk/event about rape to have counselors on hand. To frame this as ‘PC culture’ run amok is fucking stupid… Some conscientious event organizers wanted to make sure that trauma victims had resources. That’s all.”

I’ve been to similar events and concur with Valenti that having counselors onsite isn’t unusual. I’ve also been to events that included lawyers to help victims understand their rights. That counselors and lawyers might have a designated area also isn’t strange. What seemed over the top was the prospect of such a space being equipped like a preschool classroom. So who’s telling the truth here?

Valenti’s response, while aimed at Stephens, suggests that she believes Shulevitz’s version of events wasn’t accurate. There’s also the possibility that Valenti herself isn’t being honest. It’s also likely that Valenti and Shulevitz saw the same room at different times.

The Shulevitz article has been widely cited in the last two years among several different outlets, from The New Yorker to Brietbart, and at Splice Today. Even if it’s not cited directly, the colorful description of a safe space filled with toys is a common talking point among those who are concerned about the infantilizing of college students. If it’s a hoax, then tremendous damage has been done in shaping attitudes about contemporary students and higher education. If Valenti is lying, then I suppose the damage is only to her own reputation and career. For the sake of transparency, I have voiced my disagreement with Valenti in the past, and I thought McElroy made a compelling argument at the debate.

In Brown University’s student paper, The Brown Daily Herald, there were several articles related to the debate, and an essay that specifically refers to Shulevitz’s piece. While Shulevitz’s argument about safe spaces infantilizing students is contested, the content is not. The Herald essay defends the use of a safe space at the debate, and also includes a quote from one of the same student organizers that Shulevitz interviewed. It does refer to a classroom set aside for the purpose of providing counseling for those who may be “triggered” by the debate. But it neither confirms nor denies that the room was filled with toys, blankets, and a puppy video.

In my view, the solution is that The New York Times should use the resources at their disposal to reevaluate the accuracy of Shulevitz’s original piece. Valenti is a high-profile writer with a large Twitter following, and for the Times to not explore her charges would be another embarrassment to its reputation.