Back in touch with D Generation’s Danny Sage. 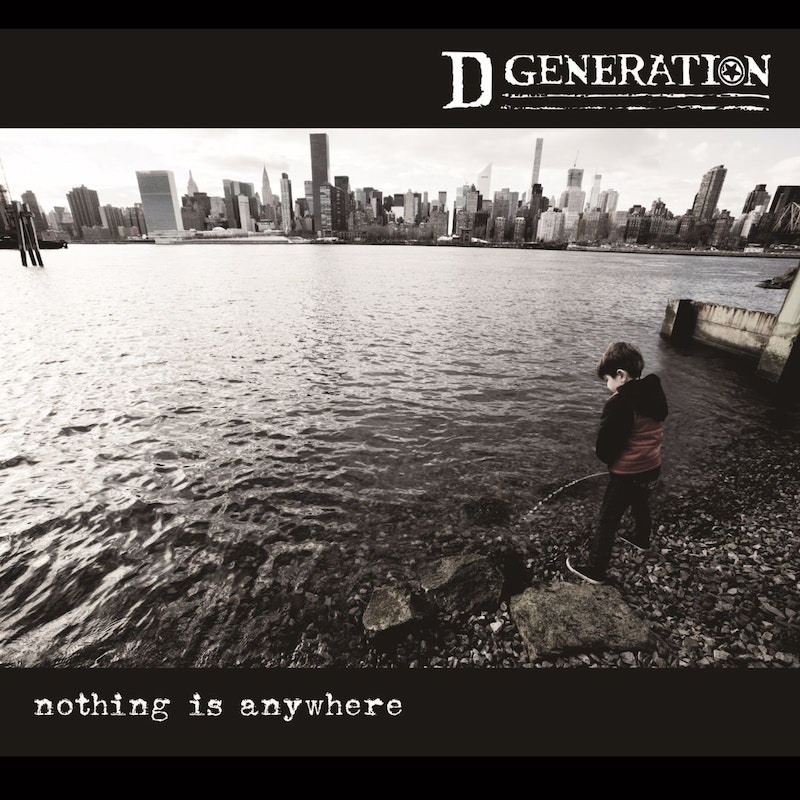 D Generation is a band that arose from the punk rock scene of the 1990s, attaining an enthusiastic following and touring with Kiss and Green Day, among others. The band’s been active off-and-on over the past couple of decades, most recently with a 2016 album Nothing Is Anywhere. Lead guitarist Danny Sage is a longtime friend of mine, back to NYU in the 1980s. I’d mostly lost touch with Danny in the 1990s when the band was on the rise. It’s a pity, since I could’ve attended hedonistic parties with lots of beautiful women instead of watching the MacNeil/Lehrer NewsHour.

Wikipedia describes D Generation as “glam punk,” saying, “the group’s sound blurs the lines between punk rock, glam rock and garage rock.” In an oral history a few years ago, Sage, along with front-man Jesse Malin, disavowed the glam punk label. I couldn’t say. My own youthful tastes tended toward “art rock”: Bryan Ferry, Peter Gabriel, Kate Bush, along with classical and opera; Mefistofele rolling around on stage. The proliferation of subgenres in rock and other music has a strong subjective element, something for people to argue about which group belongs where and who’s influenced whom.

I’ve been on a nostalgia kick lately, with posts about lost friends and old comic books. I was googling Kate Bush one night and found a piece on how Johnny Rotten once asked her to perform a song he’d written, which suggests links among people and subgenres may be more complex than we know. That got me to texting with Danny, with whom I’ve been more in touch in recent years. He’s unpretentious; takes his music seriously but not himself. He produced Nothing Is Anywhere, had written many of the lyrics, among other roles. He thought this was D Generation’s best album; I belatedly bought it and listened.

Nothing Is Anywhere is a vibrant mix of the raucous, the melodic, the exuberant, and the glum. Unexpectedly, a few of the songs that seemed most “punkish” drew me in instantly. These include “Militant,” which opens with heavy guitar riffs that sound like some battle’s about to be waged. Then there’s “21st Century Blues,” which aptly summarizes how one might react to the societal turmoil and decay that’s largely characterized this century to date. “Let it go let it break cause I’m so sick of you,” goes the chorus. “Let it roll let it shake I got the 21st century blues.” At the same time, nostalgia has limits, evident in “Not Goin’ Back,” a fast-paced song about a troubled kid trying to move on in life, brilliantly illustrated by an animated video.

There’s a restless disgruntlement to the album, which reflects in some part Sage’s personal outlook as I’ve observed it in recent years. The current-day music industry, geared toward minimizing the share of revenues received by the artists, irritates him. So does the New York City he’s lived in during the 21st century, with its gentrification and diminished creativity. I looked through some of the band’s 1990s work online and was entranced by a video of “No Way Out,” evocative of a more freewheeling time before 9/11, Iraq, mortgages, COVID and Trump.

Danny Sage’s taken multiple turns on the roller coaster of fame and fortune. Yet he’s still basically the same guy I met in the 1980s; cheerful but acerbic; talkative but interested in what other people have to say. I’ve a long-ago memory of having a meal with him and other friends in the cafeteria at NYU’s Hayden Hall. He’d just been kicked out of a classroom by the instructor. “Danny, get out!” she’d yelled at him. We were laughing about this, but also perplexed, because it’s odd that’d happen at college. Danny was bucking the system way back then.