Were they really acting? 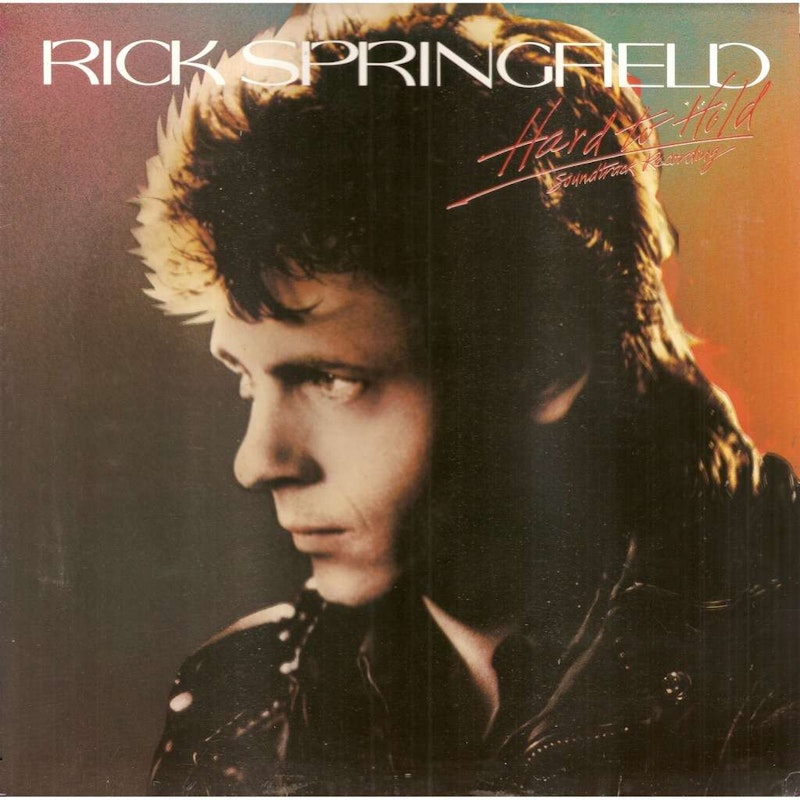 Were they really in love?

I’ve wondered for 35 years. Hard to Hold, the 1984 vehicle for pop star Rick Springfield, has just been reissued in a nice Blu-ray edition by Kino Lorber. It’s not a great film except for one thing: Janet Eilber.

Eilber plays Diana Lawson, the love interest of Jamie Roberts (Springfield). Roberts is a rock star, Diana’s a child psychologist who works with emotionally-challenged kids. She’s also a snob, as evidenced by her reading The New Criterion while in bed.

Eilber is otherworldly, magnetic, a goddess. I fell in love with her when I saw the movie when at 20 in 1984, and she’s only grown more magnificent in the restored version. Her character Diana is learned, independent, professionally accomplished, sexy, and comfortable having a one-night stand with a rock star and then kicking him to the curb. She has it all.

A Juilliard graduate who has worked with some of the greats of American dance, Eilber hasn’t done film in years and since 2005 has been the artistic director of the Martha Graham Dance Company. As she’s said in interviews, Hard to Hold really was type casting. She’s a dancer who travels in the more highbrow cultural circles of New York.

Springfield, who was starring in the soap opera General Hospital at the time, was always a decent actor, and—as the excellent audio commentary by Bryan Reesman notes—was offered a small part in the film The Right Stuff. He turned it down to do Hard to Hold. Big mistake.

Hard to Hold doesn’t have a complicated plot, and would’ve worked better had the script been more developed. Jamie and Diana meet when Jamie crashes into her car one night (there are two butt shots of RS in the first two minutes, and four total). The two bicker, he tries to win her over with a new car that she refuses, they have sex and she shows him the door. Diana doesn’t want her life disrupted by a dumb rock star. It’s during one of these early scenes where Diana’s seen reading The New Criterion. From the audio commentary: “Now she’s reading The New Criterion, which was a new publication that came out in 1982. It was founded by Roger Kimball. It’s actually a conservative-minded critique of the arts, which is unusually for that type of publication… I don’t know if the director or writer was making a statement about her being more conservative, she’s definitely wants to show that she’s more intellectual, she’s not reading a glossy magazine on pop music or culture.”

The direction by Larry Peerce is solid, even great during the live concert scenes. San Francisco in the 1980s looks wonderful.

Jamie tries to win over Diana’s father Johnny (Albert Salmi), and eventually his efforts pay off. The love scenes between Springfield and Eilber are some of the best I’ve ever seen. Cinematographer Richard Klein knows how to frame two pretty people, whether on rooftop scenes in San Francisco, where the film was shot, or the rich red light of the bedroom. Eilber, again, is a wonder here, going from joy to irritation to arousal with absolute believability. With a toothy smile and high cheekbones reminiscent of Gene Tierney, and fantastic dancing eyes, she’s as charismatic as Michelle Pfeiffer in the best film of the 1980s, The Fabulous Baker Boys.

There’s a scene where Jamie and Diana are playfully running along the pier under the Golden Gate Bridge, and their affection for each other conveys a documentary authenticity. There was also potentially a lot more. In a 2020 interview Springfield said Hard to Hold “was going to be X-rated, because seriously, the sex scenes were so full-on… there was no actual, you know—I don't know how to say this on TV—no actual insertion of anything. But it was pretty intense. So they cut [the sex scenes] way, way, way, way, way back.”

My favorite scene is when Jamie and Diana go to a bar to meet Diana’s father Johnny. Johnny’s drunk and carrying on, a rough and crude working-class man, who isn’t impressed with some candy-ass rock star who has “the hands of a woman.” Diana flees crying, and Jamie goes after her. She’s standing against a wall and draws in close. Despite herself, smiles. They don’t kiss. The tenderness, the sense of allowing another person into your vulnerability, is sublime. “There’s almost some more implied things going on here,” Bryan Reesman says in the commentary. “There’s something you know what’s going… that look is sexier than them actually kissing.” It’s true.

Which is why, even all these years, I wonder: was it all acting? The happiness in Diana’s eyes when she looks at Jamie is just too believable. Her body language, the comfort she feels with him, seems too real to fake. It’s telling that after the film was wrapped Eilber went to her first rock concert. The artist was Rick Springfield.