Phantoms of the Internet

Technology complicates our connections to the past. 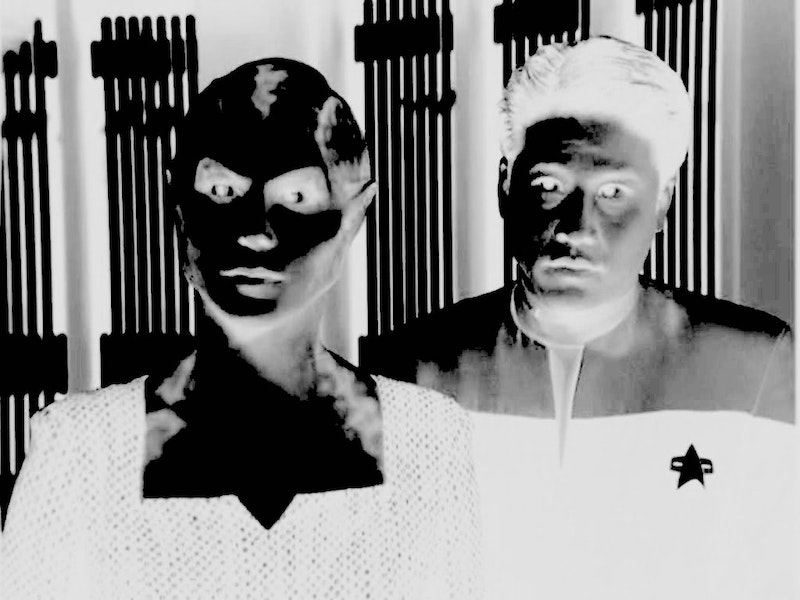 On occasion, I’ll google a friend of mine from junior high school. I do this for no good reason, knowing his name’s unlikely to show up. He died decades ago, after years of drug use and psychiatric problems. When we first met, I was impressed by his intelligence and humor. I’ll always think of him that way to a large degree, though within a couple of years he’d become a sullen, silent kid viewed with bewilderment by his classmates, teachers and fading friends.

The last time I saw him was the summer before I went to college. He unexpectedly rang up on the intercom of the building where my family lived, and I let him up; reluctantly, as I didn’t assume his stability. We had a disjointed chat on our apartment’s terrace, him referring obliquely to treatments and illicit transactions. Months later, I wrote an angry anti-drug essay for freshman writing, effectively giving up on my former friend. I long suspected he’d died young, but this was only confirmed by a mutual friend on social media many years afterward.

Memory is subjective and selective. It’s easy to construct a story in which someone, perhaps oneself, is the hero, villain or victim. It might even be true to some approximation. But a lot depends on what frame of mind you’re in when you tell the story. I used to think of my junior high years as terrible, my Queens school plagued by drugs and fighting in the late-1970s. Long after, I met a woman who’d taught at both my junior high and one in Bedford-Stuyvesant, Brooklyn. From her perspective, my school was a calm, prosperous place, and I saw her point.

The Internet has added complexity to our memories and personal histories. It’s enabled long-lost friends and lovers to be searched for, or to float unbidden into our social-media timelines. That can work out for the best, fostering valued, enduring connections. But there’s no guarantee it’ll turn out well. Not rare is the ex-couple who would’ve gotten along better in their post-relationship encounters had those been confined to the real world.

Occasionally, in moments of idle curiosity, I’ve looked up people I knew long ago—a girl I went out with one night in Puerto Rico; a woman I met at a party in Manhattan—and several times I’ve learned that they’d passed away in advance of what actuarial tables would’ve indicated likely. The lesson is perhaps the unwisdom of making such searches. I once googled the name of a teacher I’d admired in junior high, and found she too was dead, after her career had gotten tangled up in a claim that she’d misappropriated some petty cash.

The Internet’s also enabled streaming TV that makes it easy to re-watch shows from long ago, another linkage to the past. My son and I have been watching Star Trek: Voyager, the first time for him, the second for me on most episodes; nostalgia arises for the era when the show first aired, the late-1990s into 2001. Wikipedia and other sites contain traces of my onetime role as a TV critic reviewing Voyager. As it happens, we just watched an episode, “Ashes to Ashes,” about how you can’t go back to your previous life after aliens have raised you from the dead.

Writers dream of their works lasting far into the future, but the Internet provides a strange combination of permanence and transience. I recently critiqued a piece I’d written about space in 1997. It wasn’t hard to find, but a lot of what I wrote in that era takes some digging, having sunk into archives or suffered link decay if not obliterated altogether. Only on the Wayback Machine, for instance, exists my 1999 review for short-lived publication IntellectualCapital.com of Deep Time, a book about “how humanity communicates across millennia.”

The phantoms of the Internet are many. Long-lost friends, obscure writings, TV shows that inspire forgotten emotion. For better and worse, we’re not just living in the present online.