We Are All Killing Movie Theaters

Scott Mendelson paints a grim picture of people shouting out “Who killed the matinee?” when after all, it was you and me. 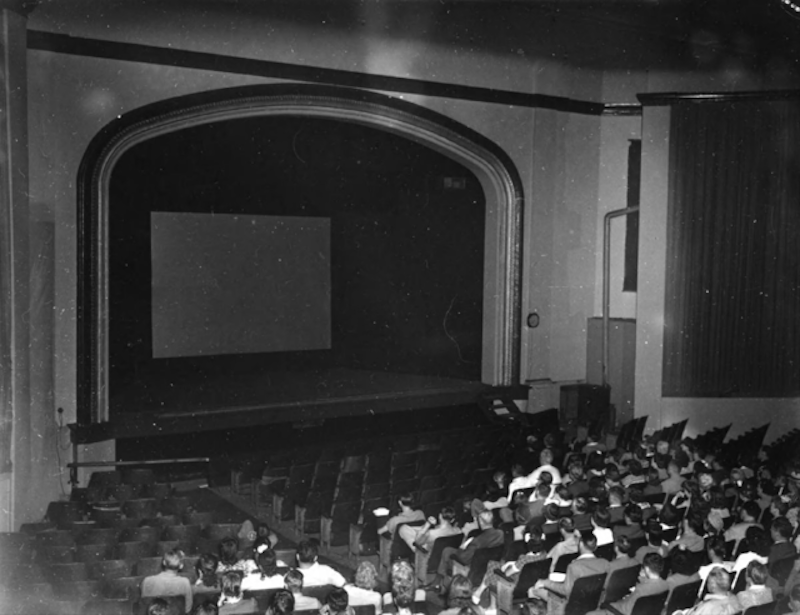 Forbes has a solution to Hollywood’s newly confessed box office woes. In case you weren’t tracking this story—like so many other feckless, heartless Americans who turn a blind eye to the wobbles of wealthy corporations—you should know that box office returns are down by nine percent compared to last year. Furthermore, this is your fault. You are going to see the wrong movies in theaters. You did not go see Late Night, even though Scott Mendelson really liked it, as he repeatedly makes clear. “Allow me to make a recommendation of a recent theatrical release,” he pleads. “It stars Emma Thompson as a prickly big boss who reluctantly agrees to hire a young woman of color… [Late Night] is a well-made and thoughtful character comedy that has a lot on its mind and gives its characters plenty of room to talk about their feelings and their beliefs.” In short, “when movies like Long Shot, Booksmart, The Dead Don't Die and Late Night are indeed playing at a theater near you, well, there has to be some responsibility on the part of theatergoers to make better choices.” Mendelson paints a grim picture of people shouting out “Who killed the matinee?” when after all, it was you and me.

I’m delighted that Splice’s Nicky Smith quickly called out The Dead Don’t Die as a waste of everyone’s time. He probably saved me the price of a ticket. I’ll explain, below, why nobody should bother with Late Night. But before I do, I have to ask the bigger, more important question: how can Forbes magazine, a cheerleader for capitalism, stand behind this essay? By attempting to shame his reader, Mendelson contravenes the basic principles of a free market economy. In such economies, by definition, it is not possible for the consumer to make an “irresponsible” purchase. People are free to pay for whatever it is they want; it’s up to the seller to anticipate and meet demand. If a certain business model fails, becomes obsolete, or experiences wild swings in profitability, that’s not necessarily bad for the economy as a whole. Such moments are precisely when new, innovative approaches get their chance.

I’m going to give Mendelson the benefit of the doubt and assume he already knows all of this. He’s probably also aware that berating people is not going to send them scurrying out to movie theaters. So what is the real purpose of his article?

—To downplay the aesthetic differences between similarly conceived films. There are a million reasons why Captain Marvel and Black Panther are on two completely different levels, aesthetically speaking. The dialogue in Black Panther feels genuine; the dialogue in Captain Marvel feels scripted and preachy. The symbolism in Black Panther is rich with meaning and history; the symbolism in Captain Marvel is cartoonish and obvious. But there’s no formula that can tell you, in advance, where lightning is going to strike next. The caprices of the Muses drive studio execs insane. Apologists like Mendelson, meanwhile, will always do what they can to pretend this year’s bad retreads of last year’s winners give you comparable bang for your buck.

—To enforce the genre of the movie that’s “good enough” to rent, buy at a discount, or stream on an app. Look at what Mendelson says about Late Night. He never bothers trying to claim it’s something special. It “has a lot on its mind.” It stars a “young woman of color.” He’s checking off the boxes for you so that you’ll consent to rent Late Night from iTunes. But he quickly switches back to rapid-fire data crunching before you can ask what the film has, exactly, “on its mind,” or what 40-year-old Mindy Kaling is doing playing an intern. The answer to the first question is “nothing Aaron Sorkin hasn’t already had ‘on his mind’ for years” (in Sports Night, The Newsroom, and Studio 60 On The Sunset Strip). As for Kaling—she happened to meet the casting criteria, which must’ve been risk-averse to a ridiculous degree.

—To undermine film critics. Film reviews, especially in the aggregate, have a lot of power to affect a film’s box office returns. Of course, some people won’t let a lukewarm score on Rotten Tomatoes hold them back from a terrible movie. But the chill that sets in around the water cooler can be hard to ignore. Mendelson’s article is blissfully ignorant of Rotten Tomatoes, Metacritic, public radio, and your local newspaper. That’s his way of avenging Captain Marvel’s untimely death; film critics everywhere damned it with faint praise.

All told, Mendelson’s agenda is both subtle and insidious. He’s not a film buff who happens to be writing for a finance magazine. He is a well-positioned talking head doing everything he can to muddle and derail conversations about cinema—the conversations that decide which films are really worth dropping everything to see.

Here’s why nobody wanted to sit through Late Night. Nobody wanted to see an unglamorous, “feel-good” rerun of The Devil Wears Prada. Emma Thompson is a wonderful actress, but here she’s playing a poor man’s Meryl Streep, and everybody knows it. The delightful, unrepentant venom of TDWP has been leached away; that’s obvious from Late Night’s trailer, which is all about Mindy Kaling taming an uptight English shrew. Their inverted power dynamic was probably supposed to charm Millennials, in case they feel put-upon by their elders... but since it wasn’t the least bit realistic, it didn’t resonate with anyone. Kaling is also less interesting and charismatic than her directors seem to think. That’s why her show kept losing steam, even after it moved to Hulu. Like Rebel Wilson, Kaling can steal scenes in an ensemble project, but she can’t carry half a movie to save her life.

There’s good news. No matter what you heard over at Forbes.com, here at Splice Today, we acquit you of all charges. The moviegoers are not guilty; it’s healthy that our collective frustration is costing Hollywood a fortune. The studios will just have to set a higher standard for themselves if they really expect people to go see “thoughtful” summer fare at $17 a pop. And allow me to make one more recommendation: Amazon Studios should re-release Late Night. This time in IMAX 3D.