Spider-Man: Far from Home is fun, but in no way groundbreaking. B 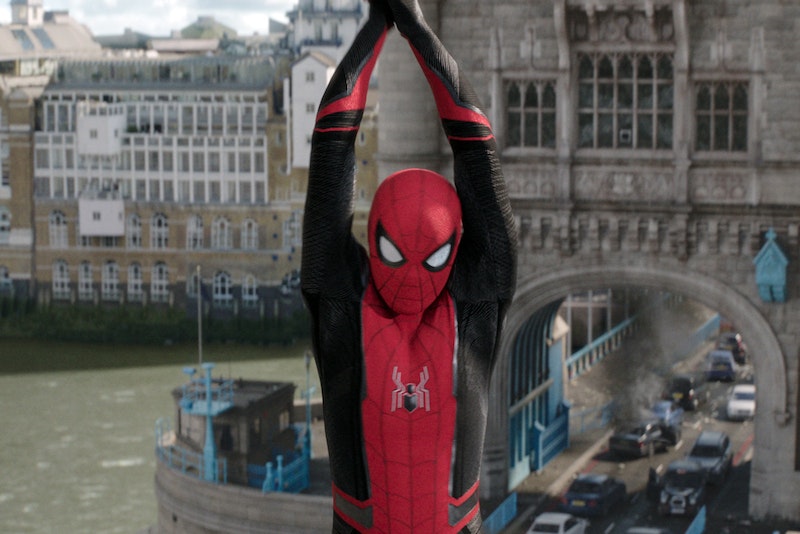 Now there’s Spider-Man: Far From Home, the second film in the series, and while it's an improvement over the Andrew Garfield Amazing Spider-Man 2, it's below the best Spider-Man movie of all, Sam Raimi's 2004 Spider-Man 2. It's fun, but in no way groundbreaking.

The new film, much like Homecoming, leans into Peter Parker actually being a teenager, as the 23-year-old Holland is still boyish enough to pass as 16. Peter/Spider-Man, following tumultuous recent events, goes on a class trip to Europe, while trying to take things to the next level with longtime crush MJ (Zendaya.)

The film takes place not long after the events of Avengers: Endgame, as half of the characters were raptured off the earth and returned five years later at their previous ages, leading to social upheaval.

The first 30 minutes explores this dynamic, before essentially dropping it. On the positive side, the film also goes one direction with the plot for its first third that isn't exciting or illuminating, until a major plot twist thankfully invalidates much of what didn't work up until that point.

While traveling in Europe, Spider-Man's group is attacked by projection-like apparitions called Elementals, who are being fought by Mysterio (Jake Gyllenhaal.) The Mysterio plot goes in directions that aren't surprising. Gyllenhaal, though, is a delight in the role. He was at one point rumored to replace Tobey Maguire in the Raimi Spider-Man series, but he's more enjoyable here, continuing a great villain run in the Spidey movies that began in Homecoming with Michael Keaton's Vulture.

In its most compelling element, Far From Home is about Peter Parker dealing with the aftermath of the death of Iron Man/Tony Stark, and seeking his mantle. Iron Man, in other words, fills the role held by Uncle Ben in most previous Spider-Man stories. It's also jarring for Spider-Man to be taken out of New York City for the majority of a movie.

The film, from returning director Jon Watts, stages the action well, especially in the later scenes, although nothing involving the "Elementals" works. Holland and Zendaya's chemistry is electric, however, and Zendaya is more enjoyable as a high schooler in this than in the strangely shock-mongering HBO series Euphoria.

As for the post-credits stingers, the first is a legitimate and exciting surprise, which makes strong use of a certain character we haven’t seen in a long time. The second? Eh. Spider-Man: Far From Home has a tough act to follow in multiple ways. It comes a couple of months after Endgame, which not only executed the MCU formula to near-perfection and delivered a half-dozen years-in-the-making payoffs, but also made strong use of the Spider-man character. But it also arrives six months after Spider-Man: Into the Spiderverse, last December's Sony-produced animated film that re-wrote the rules of what a Spider-man movie can be.

Spider-Man: Far From Home never quite reaches that level of achievement.