The Dead Don’t Die has nothing new to say, and if that’s the point, why bother? C- 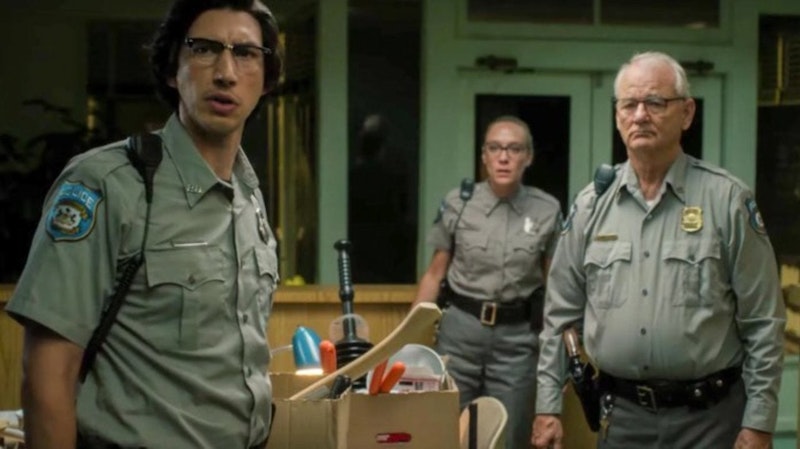 Can The Dead Don’t Die survive its dire reception at Cannes? Yes. What about the mixed, largely nonplussed reviews? Sure. And its “certified rotten” 53 percent aggregate score on Rotten Tomatoes? No, this is how movies disappear three weeks into their theatrical runs. Put aside the psychotic audience members that actually have accounts on Rotten Tomatoes and engage their rage on the site alongside what Joel Schumacher would call the “deracinated” critics of the east and west coasts. People see that green splat, and they pass.

Jim Jarmusch is an auteur with an audience that will see whatever he does even if they haven’t liked anything he’s done since the 1990s, but remember that he’s now 66, officially a senior citizen. The social commentary of The Dead Don’t Die is frustratingly superficial and dated, and if anyone wants to argue that its anti-profundity is the point, be my guest. Most of it is stripped from Dawn of the Dead anyway, and everything that George Romero had to say about materialism in 1978 remains unchanged here: the zombies are consumers, they’re the ugly Americans, but instead of gravitating toward a massive shopping mall, they lumber around groaning “WiiiiiiiFiiiiiiii” and “BluuuuuuuueToooooooooooth.”

It’s a disappointing movie because the setup is good, the cast is great, and the tone is a perfect mix between Jarmusch’s previous two films, 2013’s humorless vampire dirge Only Lovers Left Alive (maybe the worst movie he’s made), and 2016’s lazy river bus driver poet hangout movie Paterson (which I didn’t like at the time but has really grown on me). Adam Driver carried Paterson, and I’m thrilled he’s joined Bill Murray, Tom Waits, Iggy Pop, and RZA in Jarmusch’s stock company. If only Driver could’ve starred in Stranger Than Paradise—he might’ve made that piece of shit worth watching. Has there ever been a more annoying movie duo than John Lurie and Richard Edson in Stranger Than Paradise?

Before you get the crossbows out, I’m a fan of Jarmusch and like plenty of his films: Permanent Vacation, Night on Earth, Dead Man, Coffee & Cigarettes, Broken Flowers. And as American auteurs become more rare, I’ll always support him, along with filmmakers I like even less like Wes Anderson and Terrence Malick.

I enjoyed Leigh Monson’s passionate defense of The Dead Don’t Die, even if I think they're in outer space. Monson writes: “The Dead Don’t Die is a bleak experience, and your ability to appreciate its humor is going to depend entirely on how willing you are to embrace its nihilism.”

Did we see a different movie? The Dead Don’t Die is light as a feather and as cute as Jarmusch gets. The deadpan humor and irony in all of his films is present here, as expected, and because it’s expected, the town’s nonchalant reaction to a zombie apocalypse doesn’t register as satire or subversion of horror movie tropes. It’s just typical Jarmusch, but with zombies. As a critique of the social media age, it’s confused and shallower still: would people react to an apocalypse with aloof disaffection?

Probably not. They’d be hysterical, if anything they’d somehow make a zombie outbreak seem more insane and crazy and completely unprecedented just like they do with every controversy, Trump-related or not. So not only is it Dawn of the Dead, it’s John Carpenter’s They Live with no meaningful updates.

Adam Driver, Bill Murray, and Chloe Sevigny sleepwalk as the only cops in town, alternately bemused and not bothered about the sun not setting, the disappearance of various animals in town, or the undead rising back to life. In other words, a Jim Jarmusch movie. The framing device is Tom Waits as the prophet in the woods speaking for nature exacting its revenge on humanity. It is a hangout movie, but one where we never get past introductions.

Perhaps this is the point: the living are just as vapid and brain-dead as the zombies. They have a vocabulary of 20 words versus maybe one or two. It doesn’t work. Selena Gomez, Rosie Perez, Danny Glover, Tilda Swinton, and Caleb Landry-Jones (who is no longer one of my personal problem actors, blending in fine here and stifling his appetite for scenery) all pop up and are dispatched with just as quick. Again, if this is the point, an anti-cinema move, it doesn’t work because it doesn’t commit to that approach—which, again, could play into the meta jokes within the movie, but oh boy, I’m really reaching here.

I’m hard on Jarmusch because this could’ve been a much better movie, but halfway through it’s clear how half-baked it all is. There are a handful of good gags and running jokes: Steve Buscemi plays a MAGA farmer with a hat that reads “KEEP AMERICA WHITE AGAIN,” RZA as a mailman employed by “WuPS,” and as the movie goes on, Driver and Murray casually break the fourth wall, referring to the theme song by Sturgill Simpson, and even at the end when Driver says “Jim gave me the script” (Murray is pissed, of course: “He only gave me our scenes. Do you know how much I’ve done for that guy?") But plotlines are left hanging, stars are used sparingly, given nothing to do or say.

Regarding those three kids in juvie that we never see die, Monson writes: “[T]he implication is that these kids survive the end. That’s a sliver of hope for the future.” Is there? They have nowhere left to go. Jarmusch’s laconic pace and ironic pitch are expected, so they can’t function as pointed criticism. He’s made much worse movies, but The Dead Don’t Die disappoints because it could be so much funnier and smarter than it is, but it never bothers to try.