Me, My Ex, and Leonard Cohen

Marianne and Leonard: Words of Love may be the first documentary ever made in which the subject is the relationship a former lover of the director had with another man. B 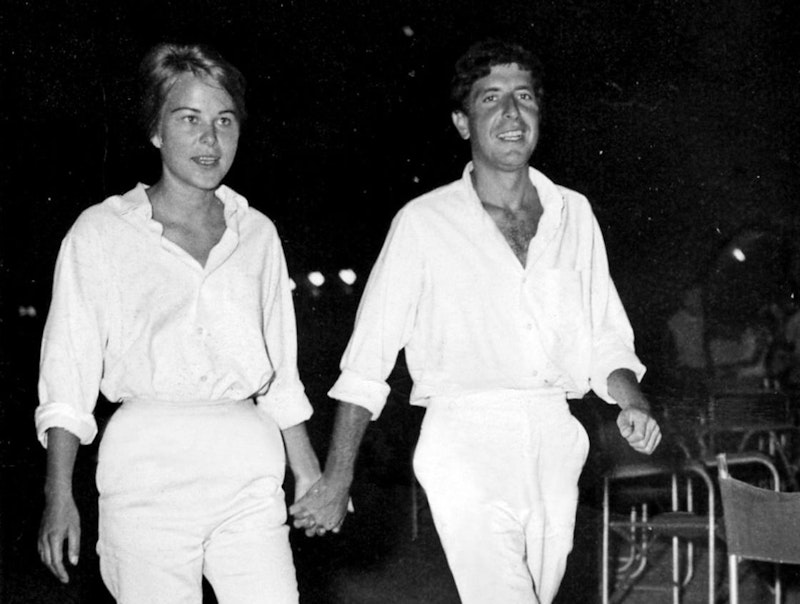 Nick Broomfield is one of those documentarians who doesn’t get out of the way in his films. In one of them, Kurt & Courtney, he includes a scene of himself getting a phone call informing him that he's lost his funding for the film, even though we know he eventually got at least enough to finish the movie.

Now Broomfield has made another documentary about a famous musician relationship, and there's just the right amount of him in it, and not only because he has a personal connection to the material, revealing in the film that he also "became one of her lovers." He pronounces "lovers" much the same way Will Ferrell did in those old SNL sketches with the hot tub couple.

Words of Love is about the late musician Leonard Cohen and his relationship with Marianne Ihlen, the Norwegian woman who’s his lover, muse, and direct inspiration for some of his most famous songs, including the great breakup ballad "So Long Marianne."

The film tells the story about the fateful, tumultuous relationship between the aristocratic Jew from Montreal and the single mom from Norway, although despite the director's personal connection to the material, he's much more interested in the Leonard side of the story.

Marianne and Leonard toggles between telling the story of Cohen and Ihlen's relationship, and a more standard music documentary about the singer's career in general. While Cohen fans will likely find much to enjoy here, Broomfield might’ve been wiser to have picked one of the two approaches and stuck with it.

The film begins with a BBC report about Ihlen's death in 2016; Cohen himself would pass away a few months later, but not before sending his former muse a heartbreaking deathbed message. Most of the 95-minute running time consists of old "home movies," along with archival and concert footage.

Words of Love traces several decades of the couple's relationship, which began on a sort of hippie commune on the Greek island of Hydra in the 1960s. "I had never seen so many golden, sun-kissed people" Broomfield says. But in a metaphor for the 1960s, the film indicates that a good time was had back then, but that many of those involved, as well as their children, went on to suffer ill effects from living in such an anything-goes environment.

Enjoyable as it is at times, Words of Love isn't going to displace Lian Lunson's 2005 Leonard Cohen I'm Your Man as the definitive Cohen doc. In 1992, Cohen wrote a song called "Democracy," one that's full of lines with resonance today. I'd watch a whole documentary about the origins of that song.