Is there any genre more grating than the quiet, humorless family drama? 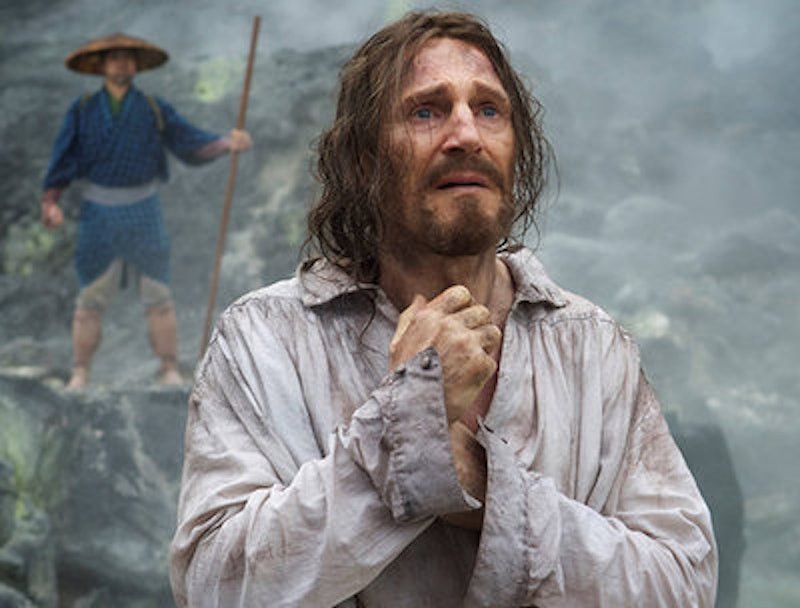 What generates more hype nowadays than a high Tomatometer score? The aggregator has the power to vault a movie into commercial success or doom it to the $5 bin at your nearest Wal-Mart. It's not always correct, though. Yesterday, I compiled a list of the most underrated movies of 2016. Today, the most overrated, all which boast the increasingly dubious "Certified Fresh" seal of approval:

5. 10 Cloverfield Lane (90 percent fresh): Mary Elizabeth Winstead proved herself in 2012's addiction-drama Smashed, so why does she have to accept crummy and/or tiny roles like she's still a repentant scream queen? This year, Winstead briefly appeared in The Hollars and Swiss Army Man after leading in 10 Cloverfield Lane, a spiritual sequel to the 2008 found-footage monster movie. Her performance is the only one that stands out—John Goodman plays John Goodman; John Gallagher, Jr. channels his character from The Newsroom—but it's lost in a mire of misdirection. Director Dan Trachtenberg tries to keep the tension high: have aliens really invaded, or is this a hostage situation? The viewer is yanked back and forth so many times that in the end, who really cares?

4. Love & Friendship (98 percent fresh): The Trilogy of Manners—Metropolitan (1990), Barcelona (1994), and The Last Days of Disco (1998)—represents one of the best runs that any director had in the 1990s. Director Whit Stillman established his unique aesthetic while remaining true to the dead genre he revived. Where could he go from there? After a 13-year hiatus, Damsels in Distress (2011) hinted at his past genius, but felt awkward as an object of the 21st century; no one talks like a Victorian gentleman anymore. That's probably why he retreated to the 19th century for Love & Friendship—a Jane Austen adaptation—which, for some baffling reason, is his greatest critical achievement. The jokes fall flat; the storyline trudges along. Reviewers were probably scared to criticize the film lest they come off as philistines.

3. Little Men (97 percent fresh): Is there any genre more grating than the quiet, humorless family drama? Ira Sachs' newest film fetishizes its small $2 million budget, setting most scenes in intimate Brooklyn apartments, over intimate family dinners, with intimate idle chatter that inevitably devolves into raised voices and hurt feelings. Unlike Kenneth Lonergan's crushing Manchester by the Sea, which also attempts to mimic real life with believable arcs and digressionary conversations, there's nothing dramatic enough to captivate in Little Men. What's at stake? Brian Jardine (Greg Kinnear) has to decide whether or not to evict his tenant, Leonor Calvelli (Paulina García), after her lease expires, since her rent is too cheap for this newly gentrified neighborhood. Brian feels guilty because his and Leonor's sons are friends. That's the movie. Gripping!

2. Jackie (89 percent fresh): A biopic rarely rises above its form: at best, it can be competent, chronicling its subject with an objective view and realistic scope; at worst, it overreaches, becoming either hagiography, obloquy, or some overly-stylized fusion of the History Channel and Terrence Malick. Jackie is the latter. Pablo Larraín's non-linear narrative gives the viewer whiplash as he flips back and forth through John F. Kennedy's presidency, assassination, and funeral preparations. Natalie Portman is convincing as Jackie, but her demeanor smacks of an "It's Oscar Time!" attitude; she chose this role to compete for her second Oscar, and that's it. The other actors, meanwhile, are terrible: Peter Sarsgaard is the worst Robert F. Kennedy of the nearly dozen cinematic portrayals of the former Attorney General. And really, who needs another Kennedy movie?

1. Silence (84 percent fresh): A film cannot succeed based on its sound design and cinematography alone, especially if it’s 161 minutes. Even if you disregard the technical atrocities of Martin Scorsese’s Silence—three Portuguese priests are played by an American, an Englishman, and an Irishman; the characters speak English despite their home country; the near-constant voice over is embarrassingly expository; the CGI is 90s-era bad—the film would still sag under its dull script and ignorance of basic pacing rules. Andrew Garfield, whose accent flits in and out, never becomes more than the chump from The Social Network; Liam Neeson doesn't even try to escape himself. Silence will either be totally forgotten or only remembered as the movie where Adam Driver cosplayed as a Jesuit priest.