Because the Tomatometer is often wrong. 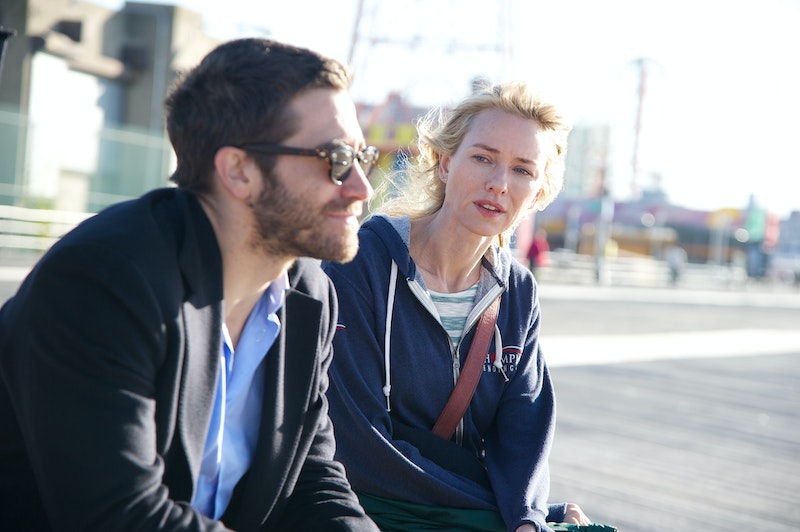 2016 was a weak year for movies. The Oscars continues its march towards irrelevance. Moonlight, Manchester by the Sea, and Arrival are the only interesting films that were nominated yesterday morning. I could gripe about the exclusion of Nocturnal Animals, Certain Women, or American Honey, but what's the point? Instead, I'll highlight the underrated films of the year, ones that the Tomatometer deemed rotten and the box office unsuccessful.

5. Yoga Hosers: Who gave Kevin Smith $5 million to write and direct a vanity project starring his daughter (Harley Quinn Smith) and his daughter's best friend (Jonny Depp's kid, Lily-Rose Depp)? Critics derided Yoga Hosers as a big-budgeted home movie, something that should be played at "a holiday party rather than a theater." The plot, admittedly, does not represent Smith's best work: Yoga Hosers follows two 15-year-old girls named Colleen (Smith & Depp) who discover that the convenience store they work at—the Eh-2-Zed, located in Manitoba—was built underneath a Nazi scientist's laboratory, where he cryogenically froze himself after developing Bratzis, or sentient bratwursts dedicated to the National Socialist German Workers' Party. Very stupid. He probably pitched it as Clerks with Nazi sausages and got the green light on name recognition alone. But Yoga Hosers merits viewing for the on-point Smithian banter between the two Colleens, who display a Generation Z irreverence to anything obscuring their iPhones. While not a masterpiece, Kevin Smith is doing exactly what he wants at this point in his career, admirable in a field where directors—even big name ones—get pushed around by the studio system.

4. Dirty Grandpa: "Crude." "Nasty-humored." "Sewage-swilling." When did movie critics become so conservative? The only comedies that can garner good reviews are bland mid-budget films, as inoffensive as they are unfunny: Bad Moms, Central Intelligence, Ghostbusters, Keanu, and Neighbors 2 are all inexplicably fresh on the Tomatometer, yet Dirty Grandpa—which features Robert De Niro dick-slapping Zac Efron in the face—can only muster a 10 percent approval rating. This is the best film in De Niro's decades-long attempt to jettison his cinematic good will. Why do critics always regard the desecration of his career with malice? Sometimes it's fun to watch.

3. Rules Don't Apply: Is there any movie star cooler than Warren Beatty? His film appearances have become increasingly rare since his initial success in the 1960s: he didn't shoot a movie for three years after Bonnie and Clyde wrapped; he waited another three between Heaven Can Wait and Reds, two auteurish masterpieces, and then six between Reds and Ishtar. Now, after a 15-year hiatus, he returns with Rules Don't Apply, the best film in the surprisingly large canon of Howard Hughes movies. Like the other Olde Hollywood films of 2016—Cafe Society and Hail, Caesar!—Rules Don't Apply does little new with its nostalgic backdrop: the colors are bright, the cars are cool, the attitudes are quaint; there's also an old-fashioned love story at the center. So while Beatty doesn't innovate with his latest—and maybe final?—film, he does offer a refreshing, pretty-looking time capsule.

2. The Neon Demon: Nicolas Winding Refn attained surprise cross-over success with Drive, a brutal film that showcased his aural-austerity and neon-noir visuals for American audiences. He quickly followed that up with Only God Forgives—also starring Ryan Gosling—a punishing masterpiece that concentrates and intensifies the stark violence and stylization of Drive. As a whole, The Neon Demon doesn't come close to equaling Only God Forgives. But, thankfully, Refn isn't content to retread past success. As the title suggests, this movie is set against a candy-colored neon backdrop, but the lighting is so much denser than his last two films, lending the atmospherics of The Neon Demon an engrossing, Hansel & Gretel-like quality, pulling you in despite a vague, ominous sense of danger. Elle Fanning stars as Jesse, a 16-year-old LA transplant who has come to the city—and lied about her age—in the hopes of becoming a model. What begins as a fairly standard—if creepy and sexually charged—ascension story quickly escalates into a violent tale of jealousy in the competitive and (literally) cannibalistic modeling world.

1. Demolition: Walk into any Introduction to Screenwriting class and you'll see college bros spewing about Tarantino and sorority girls mooning over Eternal Sunshine of the Spotless Mind or (500) Days of Summer. The professor will assign them to watch Blade Runner and read the script to Chinatown. They could learn a lot more from Demolition, though. The characters have arcs; the motifs are consistent; the visuals reinforce the themes. What Demolition lacks in originality it makes up for in fluidity. After losing his wife in a car accident, apathetic Davis Mitchell (Jake Gyllenhaal) curiously attempts to locate the source of his emotionlessness. His quits his job; starts hanging out with a housewife (Naomi Watts) and her sexually-confused teenager (Judah Lewis). He pays contractors for the privilege of working demolition with them, and then buys a bulldozer on eBay to personally tear down his Connecticut mansion. Splice Today's Nicky Smith derided the movie for its easy epiphanies, but there's a nuance to screenwriter Bryan Sipe's MFA box checking. Demolition is as seamless as a Raymond Carver short story, and that's rare in Hollywood.