Lots and Lots of Waiting

Game of Thrones as endless filler. 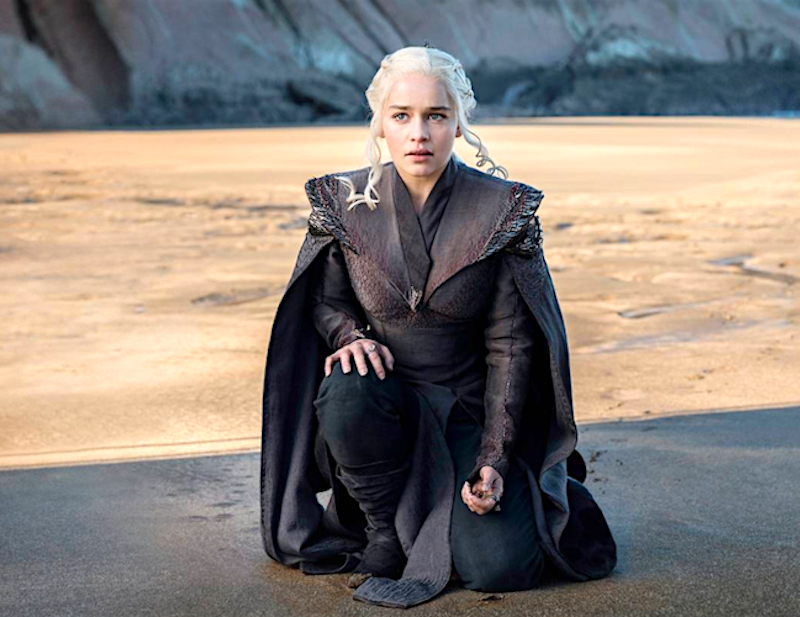 The seventh season of Game of Thrones has commenced, which means we viewers at home are in store for more of the same: occasional bloodshed, occasional nudity, occasional sexual assaults (though less of those than in earlier seasons, I’d imagine), occasional bad dragon CGI, and waiting. Lots and lots of waiting. The last several minutes of this season’s first episode consisted of the wordless exploration of an abandoned castle, with members of Daenerys Targaryen’s entourage trading knowing looks at one another as they strolled from room to room. Like Daenerys herself, I understood what I was in store for; I too had returned home.

Like many of you, I’m no stranger to this type of storytelling. You see, I cut my serial TV-viewing teeth on the American dub of Dragon Ball Z, a braindead beat ‘em up soap opera that spanned 291 episodes. In retrospect, I’ve no idea why I watched this show—it was on and it was easy to digest, I suppose—but I also don’t know why I began watching Game of Thrones, either. Most of those 291 episodes were faithful to Akira Toriyama’s manga, but 44 were pure filler: time-killing episodes inserted when the show’s production schedule sprinted ahead of the pace at which Toriyama was drawing his comic. These stories were intended to keep viewers occupied without making the slightest alterations to the canonical comic book storyline, which meant we were treated to pointless 22-minute episodes in which baby Gohan fought a dinosaur or Goku took a catnap on the Serpent Road.

Dragon Ball Z was far from the worst offender in this regard; Bleach is considered the all-time filler champion, with 166 reported filler episodes out of 366 total. But Dragon Ball Z, even in its original manga form, consisted of an interminable slog toward a handful of epic fistfights. The most important characters were always offscreen, days or weeks or months away from making the sort of impact that could resolve ongoing plotlines and bring peace to the land. When such confrontations did occur, these powerhouses often made a fatal mistake—Vegeta’s hubris, Goku’s aw-shucks stupidity, Piccolo’s overestimation of his opponent’s strength—that guaranteed us dozens more episodes before the bang finish.

I never really went nuts over Game of Thrones, but I’d consumed the books and episodes in the same mindless way a dog chases its tail, with a precisely similar long-term benefit. Sometimes there were flashes of brilliance, minutes or pages at best, that kept me hanging on for more. But this was no different than when Dragon Ball Z had captured my attention with ex-villain Piccolo’s transformation into Gohan’s stern mentor. There was just so much walking—contrasted with so much waiting—for that single shining moment to arrive... after which all of the moments would be shining moments, right?

Wrong. Dragon Ball Z wasn’t a guilty pleasure, it was guilty jouissance—pleasure that becomes pain—on an unprecedented scale. Watching it was a disgusting habit, like regurgitating your half-digested food in order to chew it again. But it was something I discussed with some online peers, who at the time were anonymous forum dwellers as well as my de facto best friends. DBZ was this gross thing we all watched, and like Mr. Show’s government-mandated Coupon: The Movie sketch, “We saw the shit out of it.” Maybe it could’ve been good, but it never was.

Game of Thrones is the same. It exists, and it’s probably worse because it’s dumb, blandly violent material masquerading as some worthwhile cultural artifact adults can publicly contemplate. Yet the show is the stuff of arrested development, adolescent plot-for-plot’s sake:  a slow-moving Dragon Ball Z maneuvering Son Goku and Vegeta around the chessboard while we drool over a climax that will amount to some fight scenes so poorly choreographed I’d rather they just omit them entirely. Yet I watched those Sand Snakes fight, oh yes—just like you and millions of others, I saw the shit out of it.

Now the Game of Thrones filler is upon us. Last season took us past George R.R. Martin’s holy writ, with the showrunners choosing to temporarily heighten the drama by delivering a happy ending to the torture-porn Bolton storyline. That was all pretty mediocre, even the crappy Battle of the Bastards sequence that looked like a more expensive yet somehow much worse version of what Orson Welles had managed to shoot on a shoestring budget in Chimes at Midnight. But at least showrunners David Benioff and D.B. Weiss gave viewers the big brawl, and resulting emotional satisfaction, that many craved.

But now the Boltons are dead and the age of unvarnished exposition has arrived. The point of Martin’s interminably long tomes was leavening fantasy with “realism,” giving his various heroes all-too-human flaws and frailties. And I suppose he succeeded there, because those character-to-character moments, those beats, kept me hooked (even if the “realistic” backstory Martin bludgeoned us with was so much less interesting than the incredibly complicated actual medieval history that inspired it). But such character beats will surely dwindle as the series comes to a conclusion: the showrunners are moving the characters into place, time and distance be damned. Jon Snow needs to be in front of Daenerys Targaryen in less than one episode’s time, and so he will be. Cersei needs to gain some kind of upper hand, so she will. All the secondary characters will speak up to remind us that they exist until it’s time to kill them; all the loose plot threads will converge.

But it doesn’t matter, because we’re watching mop-up work. Even great series devolve into this sort of thing, often vanishing from the public mind years before they actually ceased operations (Breaking Bad and Game of Thrones seem like exceptions here). But the stories and spinoffs for Game of Thrones will likely continue for some time into the future, as they have for Dragon Ball Z (the risible Dragon Ball Super gives hints of what these cardboard cut-out spinoffs will be like). And while I’ll never care, I’ll always watch—living’s mostly wasting time, and I’ll waste my share of mine.