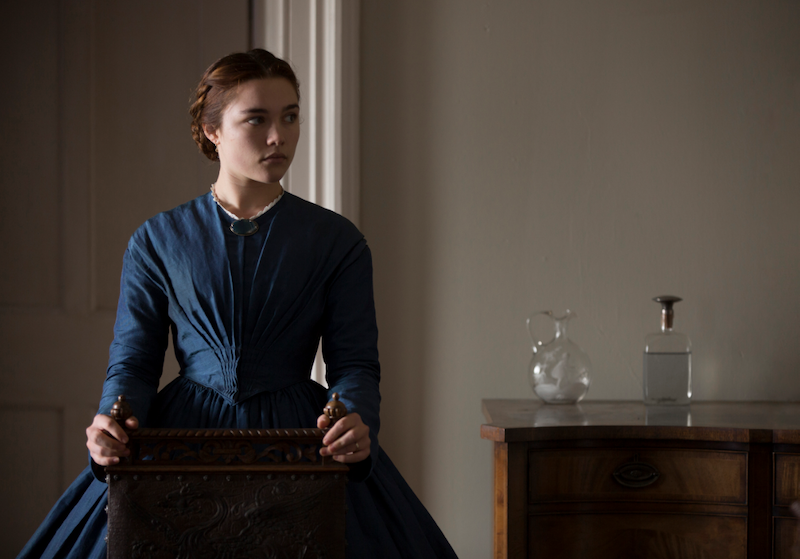 The first thing to know about the new indie drama, Lady Macbeth, is that it isn’t about Lady Macbeth. It’s not based on Shakespeare, nor is it any type of origin story for that character. It doesn’t take place in the 17th century. It’s not even set in Scotland.

The literary origins of this film, which can best be described as “like Downton Abbey, except more violent and totally deranged,” are actually a 19th-century Russian novel called Lady Macbeth of the Mtsensk District, by Nikolai Leskov, and it’s been loosely adapted, moving the action to England. Lady Macbeth has a director you’ve probably never heard of and a cast consisting mostly of unknowns. And it’s absolutely exhilarating.

Directed by British filmmaker William Oldroyd, Lady Macbeth is set in a remote English country house that’ll look familiar to Downton devotees. Florence Pugh plays Katherine, the young wife of the house’s master (Paul Hilton) who she has just married in a political arrangement. Katherine reacts to their loveless marriage through various scheming and other activities, everything from cold-blooded murder to a torrid, scandalous affair with a man who lives on the land (the wonderfully named Cosmo Jarvis, an English musician).

It gets very dark and shocking. And the film has lots of original even somewhat ambiguous things to say about race, gender and power. The film is handsomely directed and staged, with plenty of suspense and sex scenes that are actually sexy, something of a rarity nowadays even in the most indie of indie movies. The film is heavily informed by the British costume genre, but borrows a lot of thriller and horror elements, too. Alice Birch’s screenplay has just the right amount of suspense, as well as twists and turns.

The true revelation here is Pugh, a 21-year-old actress best known previously from the 2014 film The Falling. She’s sublime in the lead role, going in a short time from an innocent-seeming new bride to something else entirely. You’re going to be hearing a lot about this actress, and likely very soon. Strangely enough, Pugh is set to portray WWE wrestler Paige in an upcoming biopic, called Fighting With My Family.

The rest of the cast includes stiff-upper-lip British men played by Hilton and Christopher Fairbank, as well as Jarvis, showing quite a presence and lots of range as the biracial ranchhand lover. Lady Macbeth will likely be remembered years from now as the film that introduced the world to Florence Pugh. But it deserves lots of credit, right now, as one of the year’s most interesting films.