Film Review: New Planet of the Apes Is Best War Movie of the Decade

Uncanny CGI and honest portrayal of war’s misery result in unprecedented triumph. A+ 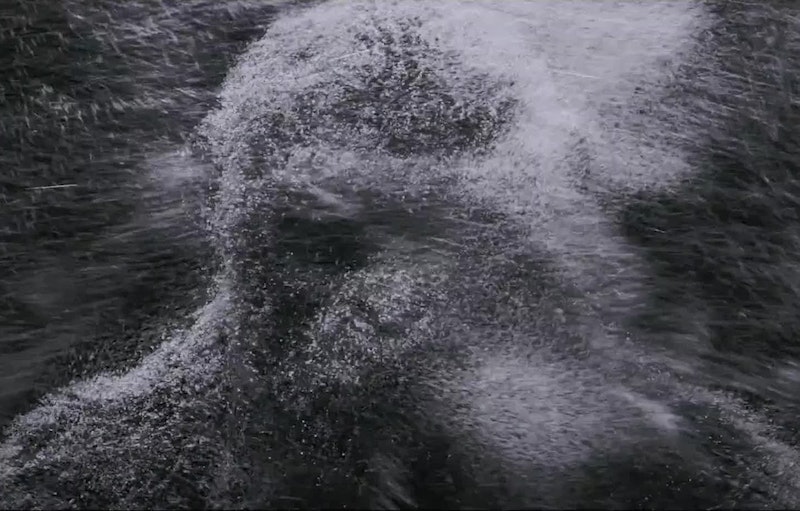 Earlier this year I saw The Deer Hunter at the Senator in Baltimore, arriving 10 minutes late to a near-capacity theater. I was floored by the movie, and the crowd, mostly older, was reverent, paying homage to something they went through together. The Deer Hunter came out just three years after the end of the Vietnam War, and it was an overwhelming experience for everyone who saw it at the time. Even though we’ve been embroiled in endless conflict in the Middle East for nearly 16 years, no war film will ever have the same widespread impact that The Deer Hunter had: no draft, no coverage, no photos of the coffins coming home. Our war is endless because it’s at a distance, the victims on both sides hidden away in facilities or mass graves. Some of them become cops. Others suffer on the street, homeless and tormented by trauma and addiction.

Sixteen years in, and there haven’t been many good Hollywood movies about Iraq or Afghanistan: The Hurt Locker was bombastic but emotionally vapid, Zero Dark Thirty was dark and disgusting propaganda, and every movie about 9/11 has been reprehensible—United 93, World Trade Center, Reign Over Me, and Extremely Loud and Incredibly Close. The only recent war film that captures our modern age is Eye in the Sky, a 2015 British production about a klatch of military personnel and government officials scattered all over the world but communicating through Skype debating whether or not to drone bomb a house full of terrorists and explosives. Unfortunately, a little girl has set up shop in front of the house, selling bread to passersby. Over multinational conference calls, everyone debates whether or not to proceed, from the hawkish and impatient colonel (Helen Mirren) to the more measured lieutenant (Alan Rickman) to the traumatized pilot that actually has to pull the trigger (Aaron Paul). It’s brilliantly structured, like a stage play, the only time I can remember actually being on the edge of my seat in a theater. And it’s all at a distance. They shoot, the girl and the terrorists die, and everyone else goes home. End of movie, roll credits.

Eye in the Sky perfectly captured one aspect of modern war, but nothing as visceral and devastating like The Deer Hunter has been made this millennium. War for the Planet of the Apes may be the closest we’ll get. Matt Reeves’ third and final film in his trilogy of Apes reboots left me unexpectedly despondent. I haven’t seen the first two films in this run, so I’m assuming that’s where most of the action and excitement happen. By now, everyone is just mentally and physically exhausted. For two hours and 20 minutes, we go through war as it really is: agonizing stretches of travel and waiting interspersed with unbelievably insane and violent battle, all set high in snowy forests and valleys. Unlike the original series and Tim Burton’s ill-advised 2001 remake, here we follow and sympathize with the apes. I saw it in 3D, and it’s the first time I’ve been genuinely moved and not distracted by CGI characters. The apes look so real, anthropomorphized, speaking English and resembling human beings so much but not quite there. That inherent disconnect of the uncanny valley and the extremely detailed CGI create a jarring emotional dissonance unlike anything I’ve ever seen before in movies.

Watching Caesar and his band of apes trudge wearily through hills covered with snow and ice, I was most reminded of Cormac McCarthy’s The Road, where a boy and his father roam the wasteland of America years after an unidentified apocalypse destroyed civilization and blanketed the Earth with toxic ash. Gangs of cannibals hunt down and kill the innocents, the sun is barely visible through the soot-choked atmosphere, and the only hope and love left to live for is this man and his son. The most remarkable part of the book is when they happen upon an old vending machine, and the father is able to give his son his first can of Coca-Cola, a sliver of happiness and color in a world otherwise obliterated.

Perhaps in a nod to McCarthy’s novel, we see the apes pass a faded Coca-Cola billboard in the middle of the movie, the only piece of pre-apocalyptic human civilization that we see. Caesar and his band of survivors have little vim and vigor left in them, spiritually desiccated after years of battle and brutal death, watching friends and family murdered, torn asunder and discarded, returned to the earth that they once belonged to. Along the way we meet survivors, apes who were abandoned and left in psychological tatters. It’s an abyss of misery and torture. There’s no nationalism, tribalism, or political ideology left, just wells of pain and so much regret about starting a war in the first place. There are still humans, a few hundred soldiers led by Woody Harrelson, determined to exterminate these mutant apes and rid the planet of their disease, that which renders people aphasic and sick. We’re the bad guys, but even when the apes blow up Harrelson’s fortress and kill all their remaining human enemies, there isn’t much consolation. The clouds don’t part until the very end, when the apes find an oasis of green grass and sunshine as Caesar succumbs to an arrow wound in his side, living just long enough to see his species win in the end.

But it all comes at such an enormous cost. War for the Planet of the Apes is the best movie about war this decade, even this millennium: the utter indifference and the banal but extreme suffering of the apes is a precise analogue to the endless war and traumatized and despondent veterans that return from it every day. The uncanny aspect of watching extremely realistic CGI apes that already look a lot like humans makes it more emotionally resonant and disorienting than any straightforward Middle East story could be. It depicts war as it really is: anxiety and exhaustion, boredom and banality, senseless violence, extreme trauma, all under the utter indifference of the universe. No one wins and nothing’s possible. There’s no answer or justification or control, and after it happens, you cannot return to where you were, ever.