This is what life’s about. 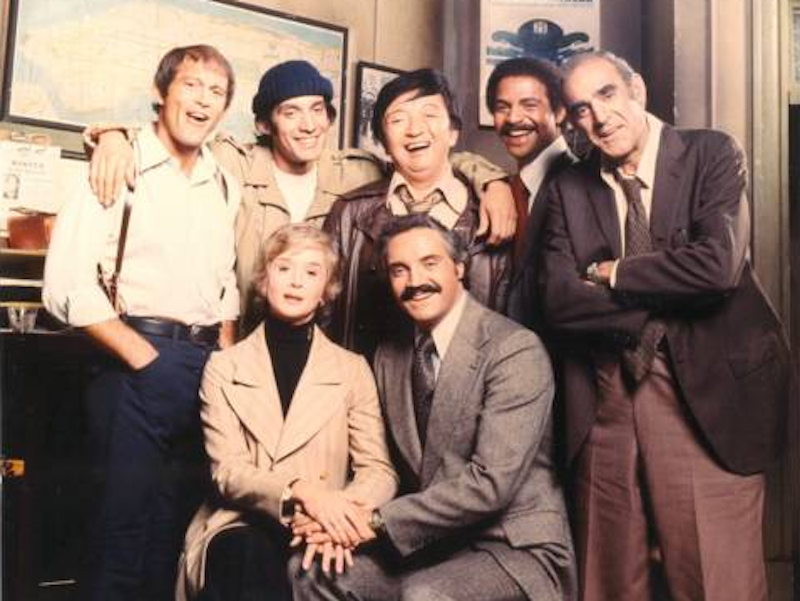 Buy the complete set of Barney Miller DVDs and you get a booklet full of liner notes. I’m the only person to have read this booklet. Here’s how I know. “The Chinese American is sad-sack Nick Yemana (Japanese American Jack Soo),” the copy says, “the culprit who makes the squad room’s famously lethal coffee.” Nick isn’t Chinese; just like Jack Soo, he’s Japanese. Hence his last name and the program’s occasional gags about touchy whites and World War II. Another give-away regarding the pamphlet: “The WASP, a sweet, guileless clod, is Wojo.” Wojo, or Wojociewicz, is definitely a Pole, and Poles definitely aren’t WASPs. WASPs don’t have to jawbone the world into getting their name right (“It’s spelled just like it sounds!”). And they aren’t assumed to be dumb. Wojo (Max Gail) gets smarter as the series goes on, but for the first few seasons he’s the dimmest bulb in the room.

Yemana’s in a different situation, ethnically. Back in the 1970s America had read far fewer articles about high-achieving immigrants from the Pacific Rim. Nor did the Japanese have any particular stereotype the producers could slap on him, not unless you count Pearl Harbor and the production of cheap radios, neither of which apply to Japanese Americans per se. Nick’s salient traits are somnolence, gambling, eccentricity, kindness and lack of order. By 1990 his dreadful filing would have been the peg for “Are you sure you’re Japanese?” gags. In 1978, nothing. Which is just as well, really. Yemana’s a one-off who can be understood in relation to nothing but himself.

The same goes for Dietrich (Steve Landesberg), his fellow oddball. As far as I can tell, the series never mentions that Dietrich is German. He’s simply a brainy fellow who’s been alone his whole life. His defining trait is that he enjoys turning conversations into traps that his colleagues wander into. Yet the traps don’t cause any harm to his colleagues; Dietrich’s too benign for that. He just likes to stay interested, and he figures that’s what people are for: to provide him with subjects for his experiments.

Dietrich’s special victim is Harris (Ron Glass), who’s definitely the second smartest of the detectives. But the two can co-exist because, in the end, Harris doesn’t want to be the smartest. His aim is to be the classiest, a man of taste and style. He’s aspirational and appreciates great art, fine cooking, world cinema and his own prose, which tends to be over-rich. Dietrich exists in a world without people, just entities. Harris likes attention and he dresses sharp. In fact, he paces Wojo and Chano (Gregory Sierra) as the most stereotypical cast member, since peacocking is taken to be a trait of black males. Who’s Chano? He’s a detective who’s brave, hard-working and smart. But even more so, he’s demonstrative and prone to rat-a-tat speech, since he’s Puerto Rican.

The show’s three Jews are Fish, Captain Miller and poor Levitt. Fish (Abe Vigoda) is decrepit and despairing, Miller (Hal Linden) is compassionate and restrained, and Levitt (Ron Carey) is short and needy. They aren’t what a man’s expected to be. In Miller’s case the difference is to his advantage. Fish and Levitt aren’t so fortunate. Levitt seems like a cousin of Woody Allen’s stammering little wreck, with Woody and Levitt doomed to inferior manhood by their over-active mouths and reduced physiques. Fish is a walking example of “Oh, my back!” humor, meaning the comedy of broken-down old Jewish men giving voice to their ills. (Being Jews, college chums and I used to indulge in bits like this.) I suppose the overt despair adds to the character’s Jewishness. Another old man might also groan. But this one knows why: he’s had the life squeezed out of him, and he realizes that’s so. That extra dimension, of being aware, marks the thinker.

“Yet Barney Miller was no glum, car-chasing, shoot-’em-up half hour,” the booklet says. “Against all TV odds, it was a comedy.” I had a work friend whose dad was a detective in the New York City police. She said that, in all of TV and movies, Barney Miller provided the only cop-life depiction he could respect. “Not Hill Street Blues,” my work friend said. “Not Serpico.” She said these with scorn. “Barney Miller,” she told me. She singled out stumpy Levitt wanting to be a detective.