Can You Spot the Fake Godfather Quotes?

A test for Millennials. 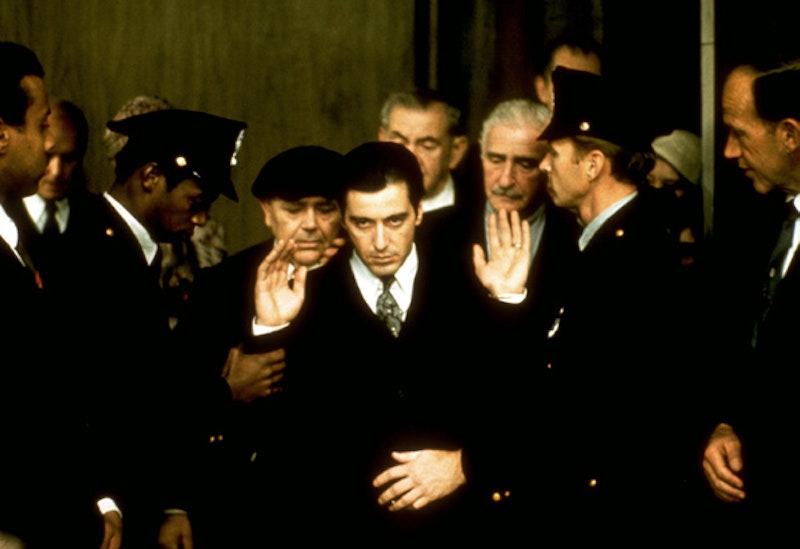 “One man with a gun can reason better than 50 lawyers.”

“Senator, my father used to tell me many things. And he said a cake that’s been bought is not really a cake.”

“They say you got a wide mouth and a narrow throat. They say that’s trouble.”

“Kennedy. That useless son of a bitch.”

“We’re going to talk some business, and you’re going to understand me… much sooner than you expect.”

“I apologize, councilman. I’d offer you a seat but I know you’re in a hurry.”

“The Enna brothers. They’re moving trucks in from L.A.”

“My people been working that candy store 30 years. Walk in now, what do you see? A spagnolo’s got his hand in the till.”

“I don’t care what pinstripe-wearing hoods come crawling out of New York. I got that boy’s contract, he can sing ‘Pop Goes the Weasel.’”

“First you shave. Then you get the bullets.”

“The Tuccis have the Galaxy and the Coronet. Kleinhold has the El Cazador. DeFalco’s running the Royal Grand with Crepuscolo and Alba. And Godfather, excuse me, I’m wondering… where’s my chair? I got to know. Where’s my seat at the table?”