Devil Master for Another Day

Demon Lover (1976) has the spiritual and psychological ramifications of many challenging post-hippie artifacts. 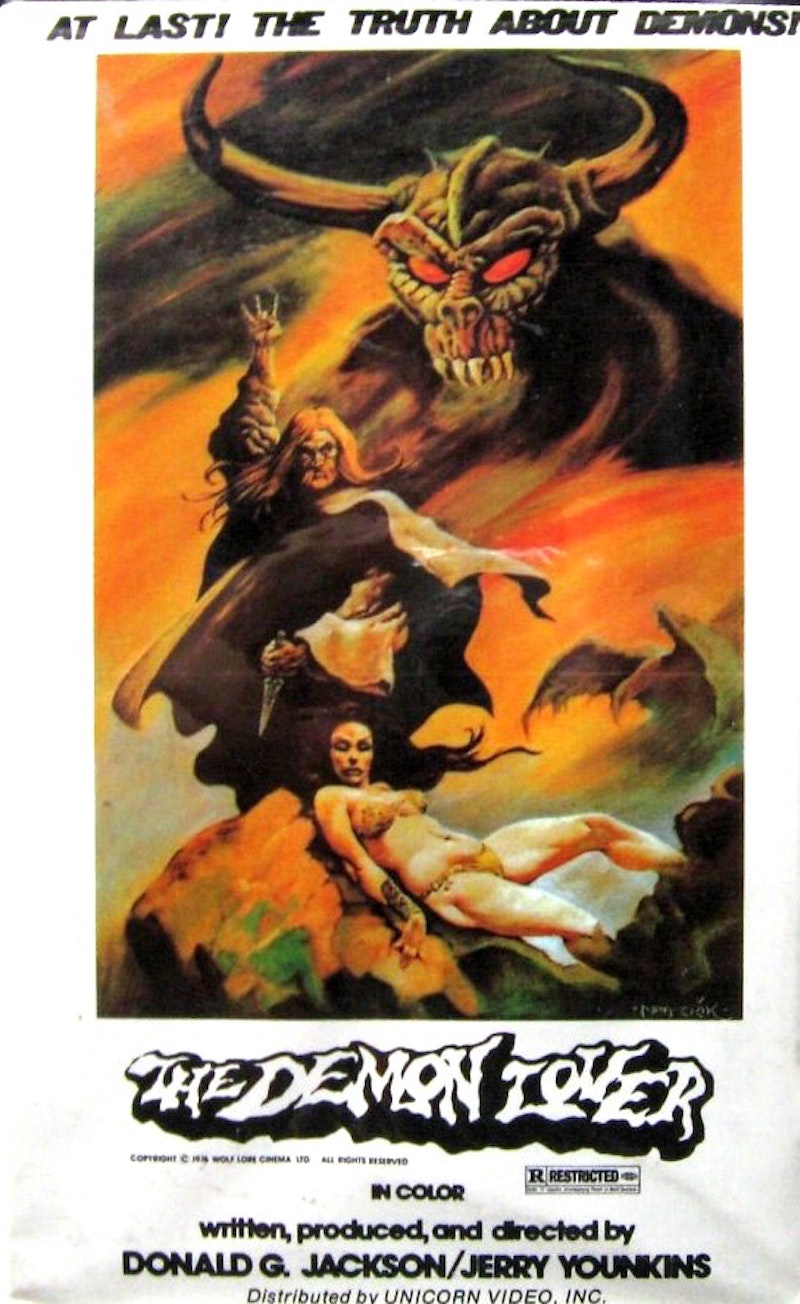 The 1976 film Demon Lover aka The Devil Master is more famous for the controversial circumstances surrounding its creation than its cinematic beauty. The movie’s grim story and its negative depiction of cultish/New Age fads put it on a level with Blue Sunshine as a piece of post-hippie horror. It features an inventive script, a despicable/manipulative villain, minimal but shocking gore, and a big clunky looking monster whose fake appearance is goofy and terrifying. Beyond its value as a great horror movie, it’s even more important for its relationship with one of problematic art’s most compelling mental breakdowns.

Demon Lover Diary was the 1980 documentary film that followed the production of Demon Lover. It was made by award-winning filmmaker Joel Demott and Jeff Kreines (a member of Demon Lover’s production crew). Both films were extremely low-budget and were shaped by ego trips, catastrophes, and bad decisions. That either managed to reach completion or even be released at all is a miracle. Demon Lover was the first feature-length project from future Troma auteur Donald G. Jackson. It was directed and co-written by Jackson and the film’s star Jerry Younkins. The movie also starred comic book artist Val Mayerik (then a major contributor to Howard The Duck and Marvel’s 1970s Frankenstein series), and a talented, mostly unknown cast whose enthusiastic performances ran the gamut from naturalistic to spastic to drugged out/languid.

The film’s opening shoves the viewer into the middle of the suburban Michigan party scene that serves as the backdrop. A stereo blares crackling wah-wah funk, wasted hippie kids shake their barely-conscious booties, beer cans lay strewn all over the floor, a smoky haze hangs in the air. In a dark back room a nubile virgin deflects occult pick-up lines from crazy Satanic older guy Laval Blessing (played by Demon Lover co-creator Jerry Younkins aka Christmas Robbins), a heavy metal karate/archery expert obsessed with the dark arts. The forest where Blessing lives in a castle-like home is the big stoner hot spot where all the scariest action goes down, most notably a series of mysterious murders. Reports of Blessing’s Satanic/sexually charged hijinks elicit scrutiny from local police. The hedonistic indiscretions also invoke the presence of a death-crazed demonic hairball who looks kind of like a steroid-damaged Cousin It with a pair of break lights and a plastic devil skull strapped to his head.

The film’s dimly-lit blotchiness adds to the creepy ambiance. Whenever the demon shows up it’s surrounded by torches and other unconventional light sources making the monster appear as a formless blob crowned by a weird glow of floating eyes. Gushers of blood accompany each monstrous murder as do piercing shrieks that overload the cheap sound equipment with thick textured white noise. The murder scenes are especially well-staged and hard to watch despite their lack of graphic detail (few of the monster’s attacks leave behind entrails or dismembered body parts). As they realize that their Satanic cool kids club has turned into much more than a hobby, one by one the groovy heads are victimized by Blessing and his Hell spawned ally.

Several scenes show the stoners engaged in philosophical discussions as they feebly try to justify their reasons for enabling Blessing’s anti-social misconduct. In real life Demon Lover’s cast and crew (and the documentarians behind Demon Lover Diary) were going through a similar crisis of conscience as the filmmakers’ sanity and patience wore thin. The desire to finish their self-described “masterpiece” was an obsession that drove Jackson to violence and caused Younkins to cut off his own finger in a sketchy insurance scheme concocted as a way to raise some production cash. Such sacrifices of mental and physical health impacted everything about Demon Lover’s aesthetics. The tense on-set atmosphere got stronger as production went on. This reflects the behavior of the villain Laval Blessing. Like a Midwestern head banger answer to Aguirre: The Wrath Of God, as Blessing’s obsession with immortal demonic communion drags on it wrecks his connection to reality and his ability to empathize with any other human desire.

The film’s industrial analog synth score was created by the duo of Don Gutz and Jerry Skolasinski. It’s one of the earliest and best works of the genre. Dynamic invented scales and icy dissonance strengthen the fear and suspense that leads up to Demon Lover’s smoky conclusion. There couldn’t be a better center piece for the film’s ending. The producers, cast, and crew have been lugging around sketchy memories of this film for almost 50 years. The swirling smoke is a timeless metaphor for Demon Lover’s legacy. The spiritual themes and psychological ramifications of this challenging post-hippie artifact continue to swirl as the volatile passions that produced it remain disturbing today.