The director known for camp played the straight man in the late-1990s. 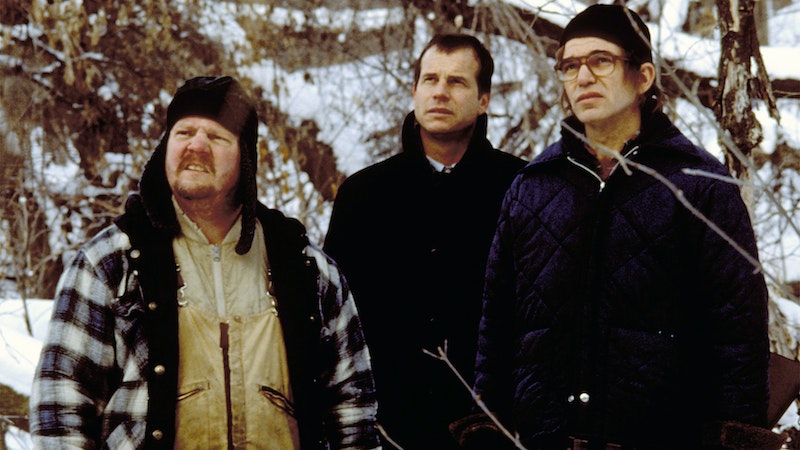 After the horror comedy film The Evil Dead effectively launched his career, Sam Raimi spent his mid-20s doing what one might expect. He continued to find success making two sequels to The Evil Dead, and other campy films such as Darkman and Crimewave. With The Evil Dead series cemented as a cult classic, and Darkman’s large returns on its budget, Raimi didn’t have anything left to prove in the horror comedy realm he more or less invented.

From 1995 to 2000, Raimi directed four films that saw him experiment with other genres. 1995’s The Quick and the Dead is a western, 1998’s A Simple Plan is a neo noir, 1999’s For the Love of the Game is a sports drama, and 2000’s The Gift is a supernatural thriller. All four films show that Raimi has range. After his cult classic origins, but before his Marvel era, the director had something to offer everyone. But none show Raimi’s range or versatility like A Simple Plan.

A Simple Plan is a slow, mostly quiet film. The few action sequences are more anxiety-inducing than thrilling. Raimi’s dramatic camera work is nowhere to be found, and neither is Bruce Campbell. The film is based on a novel by Scott B. Smith, who adapted the story into a screenplay himself. The story follows the Mitchell brothers Hank and Jacob (Bill Paxton, Billy Bob Thornton), Hank’s wife Sarah (Bridget Fonda), and Jacob’s friend Lou (Brent Briscoe). After finding a crashed plane in the woods with a duffel bag of cash, the four decide to keep the money. Calm, trust, reason, and sanity go out the window. This plays out across a somber rural Minnesota background.

The film’s setting and plot inevitably drew comparisons to 1992’s Fargo, which made it difficult for directors to secure funding from executives. This led to a long production cycle for the film, which was originally slated to be directed by Mike Nichols. The film would then go through three more directors, including Ben Stiller. By the time Raimi landed the project, he saw it as a challenge. Raimi would later say the film was “A change of pace” for him and that he “…wanted the camera work to be invisible and just allow the actors to tell this very thrilling story.”

A Simple Plan was released in 1998 and was met with both critical and commercial success. Any worries about the film being a Fargo clone were dispelled quickly. The films have very different tones. A Simple Plan is an intimate look into what greed and crime can do, with little humor. This distinction is exactly what makes it Raimi’s most impressive work.

Raimi does let the actors tell the story. Paxton, Thornton, and Fonda all portray likeable characters who slowly turn ugly. Raimi uses the rural Minnesota backdrop not to remind viewers of how vast it is, but how black and white it appears. Thornton is the standout star of the film as Jacob Mitchell, the younger and slower of the two brothers. While Raimi uses the character to deliver some quirkiness into the film, he does so in a way that simultaneously reminds the viewer that Jacob is most likely disabled, and the events are taking the largest toll on him.

The plot leads the brothers to a climactic showdown at the plane, which is handled well by Raimi once again in that it’s not too stylized. The film’s ending is questionable, but Raimi’s ability to helm such an intimate project stands.