Been Living So Long 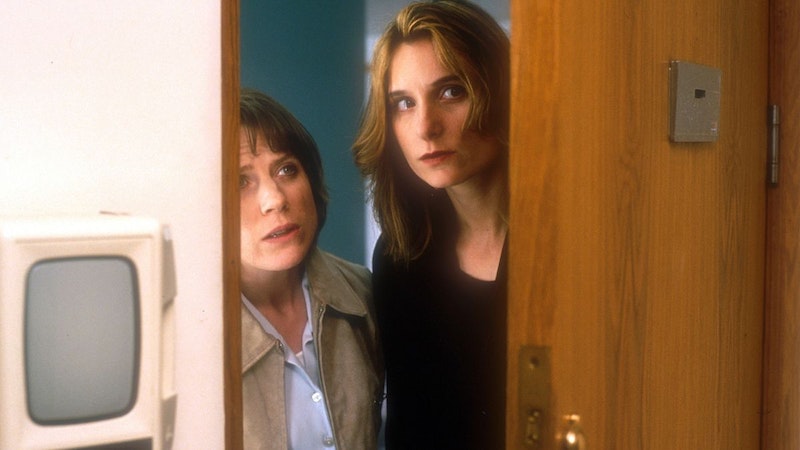 The other day at a party, a friend and I were making small talk about traveling—about the places we wanted to go but mostly about where we’d already been—and he brought up Dresden and its architectural history. After WWII, when the city was decimated by Allied bombs, the decision on how to rebuild the city was put to a vote: should they maintain the city’s old ornate architecture and rebuild landmarks like the Frauenkirche and the Zwinger Palace, or redesign Dresden with more modern buildings, paved streets and updated city planning? Keeping things old school won 51 percent to 49 percent, and they set forth rebuilding the city in its former glory. Some of the larger projects like the Frauenkirche didn’t even begin construction until the late-20th century, but eventually the old city was made new, its cobblestoned streets lined with pristinely recreated baroque and renaissance architecture. My friend said while subtle at first glance, the city’s pseudo-antiquity has an uncanny quality, an overwhelming feeling of plasticity. “It reminded me you can never really go back,” he said.

This made me think of the movies, specifically the “irreversibility of time” that André Bazin discussed in his essay “The Myth of Total Cinema”: a phrase lifted from Sartre, Bazin said this irreversibility was one of the obstacles of reality that the mythic total cinema might conquer. We’re closer than ever to what Bazin might’ve meant when he talked about total cinema, in that the digital process of making movies in the 21st century is more or less what critic Kenneth Tynan described as “pure cinema… drawn (or painted) people in drawn (or painted) settings,” and also in the sense that we’re more surrounded and subsumed by the moving images of computer monitors, cell phones, billboards, and television screens.

Mike Leigh explores the relationship between music and time in his 1997 feature Career Girls in surprising, unusual ways. At first glance, Career Girls seems like any other movie by a guy whose name rhymes with Like Pee that’s almost ruined by bad music (see: Clockers). The film opens with a bland, heavily-produced adult-contemporary acoustic score (co-produced by Marianne Jean-Baptiste of Secrets and Lies), and like Clockers, the soundtrack is so distracting at times that it creates a distancing effect. Whenever I feel distanced from a film, I try to stop and think about why that might be: is it possible that the dissonance I’m feeling may be intentional, perhaps even key to understanding the work?

Leigh depicts two friends and former flatmates, both in present-day London and in flashback 1980s London. Much of the film's insight comes from alternating between the two periods, showing how they've changed and remained the same. Leigh sets the events to two interweaving soundtracks: the dominant non-diegetic soundtrack of the aforementioned adult-contemporary (a genre that also accurately describes their present-day wardrobes), and brief moments in flashback when the characters are listening to The Cure. Leigh couldn’t have found a better soundtrack for ecstatic youth, or antithesis to the waiting room music of the score, than the emotional theatrics of Robert Smith.

Short detour: one of the many reasons 1997 was a notable year for movies is that it was around the time Gen X got nostalgic. Grosse Pointe Blank and Romy and Michelle's High School Reunion, two other movies about Gen-xers returning to their hometowns, had been released a few months prior to Career Girls. Both films use 1980s music in a fairly conventional way within the context of their high school reunion scenarios: an eclectic mix of old favorites and a couple deep cuts, sampled both diegetically and non-diegetically, that conjure up the feeling of how it was—or at least how we remember it.

Leigh does something different in Career Girls: he uses a single band as a common interest between two longtime friends (it's one of the very first things they talk about when they meet), their music rationed carefully throughout the flashbacks and mostly in the background at a low volume. It reminded me of a very different director, Martin Scorsese: not the extravagant "Gimme Shelter" montage Scorsese, but rather the Scorsese who pays for the rights to "Go Your Own Way" by Fleetwood Mac so he can play it for a few seconds on Ace Rothstein’s car radio. Meanwhile, the dominant adult-contemporary score anchors these flashbacks to the present in a way that feels inverse to the typical relationship between music and memory in most films. Again, I'm reminded of Scorsese, specifically The Irishman: that film's widely criticized use of de-aging technology had the effect (intentional or not) of anchoring past to the present, young Frank to old Frank, young De Niro to old De Niro. I suspect Leigh is doing something similar with the soundtrack in Career Girls, consistently allowing the present (in the form of the score) to intrude, mixed at high volume, sometimes even playing over The Cure in flashback, like a noisy alarm clock drowning out the sounds of a nice dream.

At some point in its running time, most directors would give Career Girls a scene where present-day Annie and Hannah listen to The Cure (maybe ride off in a convertible while “Just Like Heaven” plays into the end credits). Leigh doesn’t seem interested in indulging that kind of feel-good nostalgia—not because the Thatcher era doesn’t deserve any nostalgic gloss—but because it feels dishonest in the context of the rest of the film. The closest we get is near the movie’s end, after encountering a number of characters from their shared past—and just prior to the saddest of these encounters—the two career girls take a walk in their old neighborhood, a sort of mini-Dresden of shuttered shops and leveled buildings left in the wake of Thatcher’s destructive austerity. They see a poster for The Cure pasted to a wall. The sweet, sentimental Annie (Lynda Steadman) says that she still listens to the band “now and again,” while Hannah (Katrin Cartlidge)—more cynical and sharp-edged—says that she hasn’t in ages. The exchange provides a snapshot of each character’s relationship with sentimentality, but it also reflects Leigh’s seeming ambivalence about nostalgia and art: we may embrace nostalgia and sentiment like Annie or eschew them like Hannah, and still each approach demands a basic recognition of what was and will never be again.

Once again, this makes me think of the movies, the irreversibility of time that Bazin talked about in “The Myth of Total Cinema,” that we watch (and re-watch) movies not just to experience a form a time regained but to render time even more real, to possess it more completely than mere memory could allow. Maybe Robert Smith put it best: “I've been looking so long at these pictures of you, that I almost believe that they're real.”