A Survey on the Miserable

Spiral: From the Book of Saw is a perfect film for the Ari Aster generation. 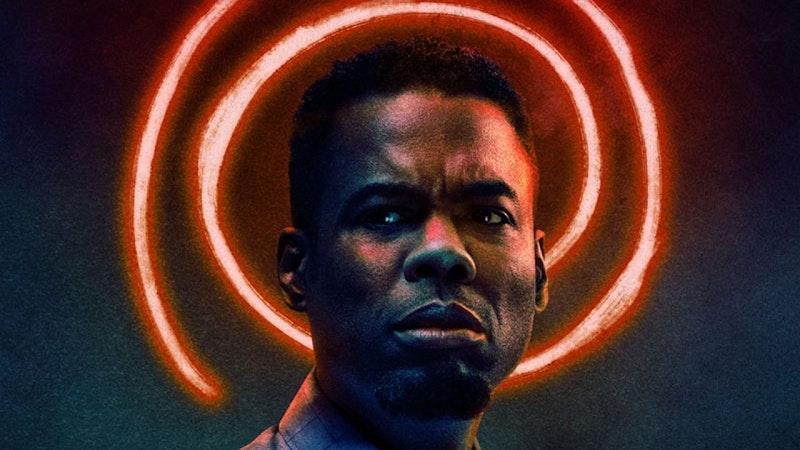 I suppose the Saw films served some kind of purpose back in 2004. If nothing else they still stand as an emblem of the warped, excessive kitsch which characterized so much Bush-era media: desperately silly splatter flicks designed to titillate the jaded appetite of a country fed on snuff images of 9/11 and the Iraq War. By the end of 2007, though, even as box office returns justified further installments, it was clear the national mood was drifting elsewhere. A transition perhaps best exemplified by series creator James Wan’s move to more abstracted, supernatural forms of horror, eventually finding even greater success with a theoretically limitless barrage of Insidious and Conjuring sequels.

From my perspective, it’s odd to think of Saw as anything other than a distant childhood memory. Something classmates would claim they loved to prove their mettle, and that someone would occasionally threaten to put on at a sleepover. I remember seeing posters of severed limbs and human teeth plastered across my local theater, hearing a disk jockey advertising free tickets to the third one—supposedly so vile and shocking that members of the audience had fainted at its premiere. At the height of its popularity, I even played the demo of a Saw video game on my friend’s XBOX. The player had to perform an elaborate sequence of button presses to remove their eyeball or some such nonsense. The kind of thing you’re supposed to play while riding a sugar high brought on by Skittles and cheap supermarket cola and then instantly forget about.

Now, with the promise of an end to the pandemic on the table once again, the series has returned with its ninth instalment. If Christopher Nolan couldn’t do it, somebody has to step up to the plate in his stead. Cinemas are going to need all the help they can at the moment, and that means stellar programming. And what better way is there to bring the audiences back than with a franchise whose influence can still be felt in the darkest recesses of direct-to-video? The movies are back.

Spiral isn’t so much a film as it is a case study. A survey on the miserable, unconfident state of horror cinema. Why now? It’s as good a time as any to give it another go. 2017’s Jigsaw did well enough to justify another round of sequels and the formula is vague enough that you can give ground to just about anything you like. A fatalistic cop thriller starring a decidedly serious Chris Rock? Sure, why not. Even Rock doesn’t want to be there to see that shit. As if to demonstrate just how little he cares, he starts workshopping his standup at one point.

What more is there to say about a series whose greatest innovation in the past decade has been to feebly riff on David Fincher’s Seven? Well, there’s a couple of the same symmetrical shots and canted angles that people went crazy for in Hereditary and Midsommar. Some opportunistic and tasteless commentary about police violence. And, of course, the prerequisite torture devices and money shots that producers can paste up on YouTube are still there for a theoretical army of kids to watch repeatedly behind their parents’ backs. That said, I can’t imagine there are even any high schoolers left to show these films to. They’ve all either grown up or moved elsewhere—at least I hope to god they have.

A perfect film for the Ari Aster generation.