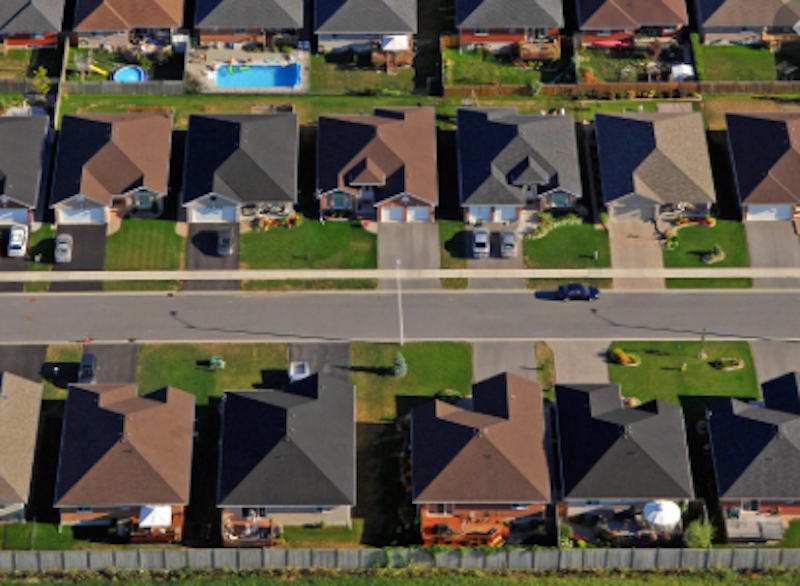 I live in an affluent suburban town in northern New Jersey. The town is mostly Republican, though Democrats have made a few inroads in local races. The county, Bergen, wavers between Democratic and Republican ascendancy, with blue inner suburbs close to New York City balanced against a red outer ring. The congressional district was gerrymandered to be a Republican seat, joining the outer suburbs with semirural areas toward Pennsylvania; yet now we have a Democratic congressman, because the previous incumbent was a right-wing nut.

A few years ago, in a moment of confusion, I drove through a stop sign in a neighboring town and cut off a police car in the intersection. The cop pulled me over, ran my license, made some polite inquiries as to whether I’d ingested any alcohol or prescription medicine, noted that this odd lapse stood in contrast to my point-free driving record, and let me go. That was it. The idea that this encounter might end with him killing me would’ve been too absurd to enter my mind.

“What does an America with defunded police look like to you?” someone asked Representative Alexandria Ocasio-Cortez the other day on Instagram. AOC, whose Bronx-Queens congressional district shares a border with the one that includes Elmhurst, the urban, immigrant-rich, recently COVID-battered Queens neighborhood where I grew up, gave an intriguing answer:

“It looks like a suburb. Affluent white communities already live in a world where they choose to fund youth, health, housing, etc. more than they fund police. These communities have lower crime rates not because they have more police, but because they have more resources to support healthy society in a way that reduces crime.” She went on to say that when young people break laws in such places, their communities “bend over backwards to find alternatives to incarceration for their loved ones, ‘to protect their future,’ like community service or rehab or restorative measures.”

The policy prescription she’s offering has its pluses and minuses. Defunding the more militaristic aspects of police work is a crucial priority; so is finding alternatives to incarceration. But defunding police training and community outreach could have counterproductive results. Shifting responsibility from police to other workers for dealing with non-violent situations could perversely reinforce the sense that the police are an occupying force. Also, “defund the police” is slippery rhetoric, tailor-made to convey shifting meanings depending on the audience.

What impressed me most about AOC’s answer, though, was that she was holding up as an ideal something that generations of left-wing activists have treated with scorn: the suburbs. That the tree-lined communities surrounding the cities were anything other than bastions of oppression and hypocrisy would’ve been an alien idea to the New Left of the 1960s, many of whom had fled the comforts of such towns; “I live in Newark among the rats,” bragged Tom Hayden. That the bourgeoisie was in any way a role model was never mentioned by Karl Marx, who railed at the enemy class not just for economic exploitation but also for “seducing each other’s wives.”

An America in which the left is not hostile to the suburbs but rather sees them as a model for the cities is a country in which the right increasingly will retreat to its rural base and alienate suburbanites in the process. That may already be happening, as a corrupt, chaotic administration grates against the sensibilities of people who value stability and curb appeal. Perhaps I put too much weight on the prevalence of lawn signs, but I’ve seen extremely few for Trump in my town and its environs in the current season.

A limitation of AOC’s answer is that she emphasized government funding without giving notice to the key role that civil society plays in suburban florescence: everything from the Cub Scouts to the parent/teacher’s organization to the karate dojo to the church vestry helps boost the cohesiveness and safety of communities like mine.

The suburbs will never embrace anything like anarchism, whether it manifests in some left-wing protestor-run “zone” or a right-wing belief that private police forces in market competition will work just fine. But the small-r republican virtue of “non-domination” might have some appeal in emphasizing crime prevention along with constraints on police. If it’s the left more than the right that takes up that mantle, so be it. AOC’s answer to an Instagram question was a rumbling in what might end up being a massive tectonic shift in American politics.