The Fading Fields of Trumpism 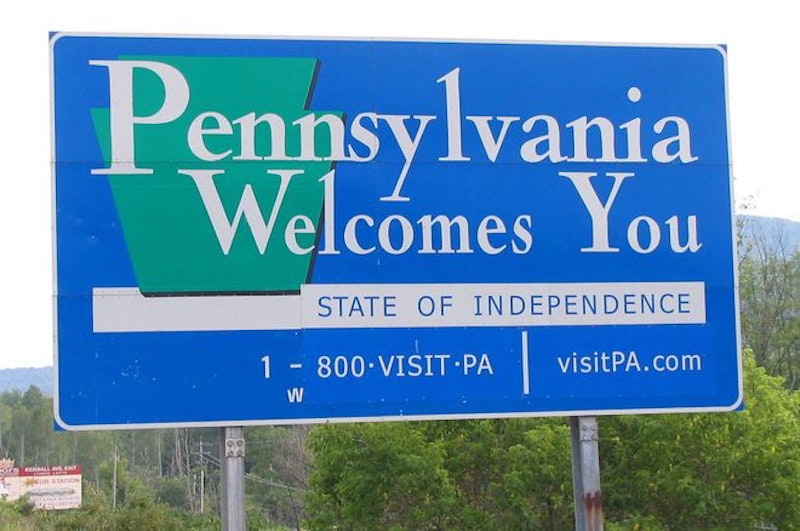 Over Columbus Day weekend, my family and I did some driving in rural parts of Pennsylvania, Maryland and Virginia. I saw some bad signs for Donald Trump, precisely in that signage supporting him was lacking: I noticed just one Trump-Pence lawn sign, and zero bumper stickers, and this was over hundreds of miles.

Rural America is the last redoubt of Trumpism. It’s the fortress the Republicans critically must hold even as the suburbs start shading blue. If Trump’s not receiving enthusiastic support along rural roads and on the bumpers of pickup trucks, he’s in trouble.

Granted, there are places in the country where that support is solid, as depicted in a recent New York Times dispatch from Iowa. But while Republican strategists may have given up on Maryland and may hope to win even without Virginia (which went for Hillary), they rightly see Pennsylvania as a must-win state, one whose rural areas are essential to any Trump victory.

I was thinking about that as we stopped in at Cabela’s in Hamburg, Pennsylvania. It’s a megastore of hunting, fishing and camping products, with dioramas of animals adding to the sense that you’re practically in the great outdoors already and better gear up accordingly, particularly from the enormous selection of guns. Surely, this was an outpost of Trump country, and yet a look around the parking lot confirmed the lack of bumper stickers on his behalf.

Moreover, after we made a purchase, the register offered us a chance to donate to post-hurricane relief efforts in the Bahamas. That was different from the last time I was here, a couple of years ago, when a transaction generated offers to donate to the National Rifle Association and other gun advocacy groups. Similarly, a Washington Post piece in 2017 described a Cabela’s in Virginia as a “monument to gun rights.”

Perhaps the chain has decided to tone down its political affiliations. If so, that’s a savvy marketing move, at a time when the polls offer plenty to alarm anyone who’s invested in Trumpism as a political “philosophy” with a supposed future, and when a Senate report says the NRA has acted as a “foreign asset” for Russia.

I looked around for any signs of political statements on people’s clothing, but the closest I found was lettering on the jacket of one burly customer: “Respect Few, Fear None.” A Google search showed that’s a motto of the Mongols, a biker organization that’s been targeted by federal prosecutors, though his jacket didn’t have the skull-and-crossbones patch that would identify him as a member.

We live in a moment when politics is particularly tied up with feelings of personal and cultural identity. In the 1980s, it was more possible to have a political disagreement—about tax rates, say—without it necessarily deemed as saying much about what sort of person you are. Increasingly, though, Republicans became enthused about a “culture war,” a concept geared to breed resentment that political opponents don’t just disagree but also look down on you.

That once fertile political approach may be drying up. Massive corruption that threatens the Constitution’s separation of powers, and a disgraceful foreign policy that undermines American power and prestige, have made this a cold autumn for Trumpism, and the harvest isn’t over.