A Fine Portrait in Worlds of Ursula K. Le Guin

None of this is presented in a vacuum. 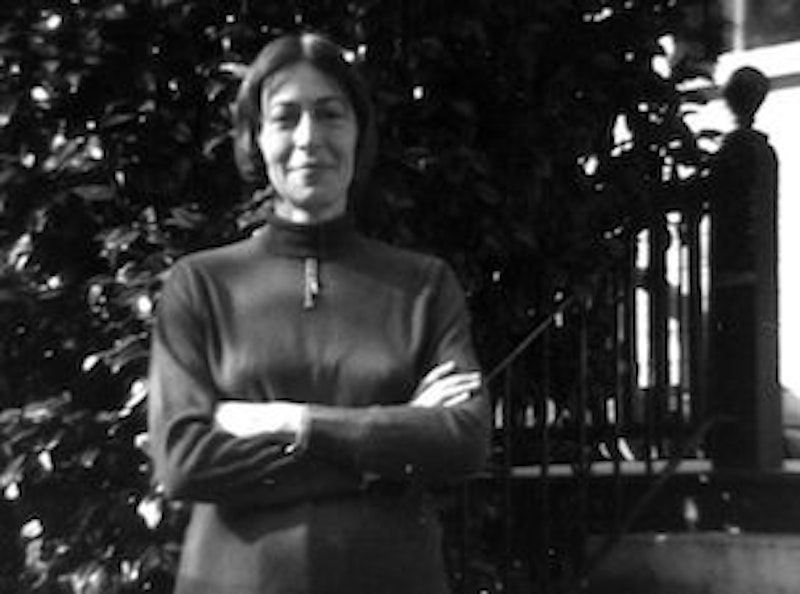 Ursula Kroeber Le Guin’s first published novel was Rocannon’s World, which appeared in 1966, the year she turned 37. It was a science-fiction story, and at that time serious criticism rarely noticed such efforts. By the time Le Guin died in 2018, 52 years, 19 novels, and numerous collections of short fiction later, she was recognized as one of the great figures of contemporary American literature. Science fiction had become elevated in critical estimation, and Le Guin’s work was part of the reason for that elevation.

As it happened, when Le Guin died she’d been involved for several years in the creation of a documentary about her life and career. That film, The Worlds of Ursula K. Le Guin, is now complete and making the festival circuit rounds (along with various special local screenings). Directed by Arwen Curry, it’s a model for a documentary about a writer and her work: intelligent and tightly edited, it covers all the major novels through readings and artful visualisations, and establishes the artist as a person with a specific history. Biography shapes bibliography, and both become richer in the telling.

The Worlds of Ursula K. Le Guin keeps to a mostly chronological structure, bookended by a speech Le Guin gave at a bookstore shortly before her death. Curry avoids voiceovers from a narrator, instead allowing Le Guin to tell her story herself over a wealth of photographs and period imagery. Interviews with various writers of the fantastic—Neil Gaiman, Margaret Atwood, Michael Chabon, and David Mitchell among them—provide a chorus of critical analysis of Le Guin’s achievements.

Most spectacularly, animation visualizes Le Guin’s tales. Animated interludes are difficult to integrate into a documentary, but Curry’s transitions are solid; dissolving, for example, from the natural world beloved by Le Guin into a drawing of the same. The animated sequences vary in style, but each is beautiful, each has the feel of something handmade: brushwork and linework are striking, giving an understated artfulness not unlike Le Guin’s writing. Designs are intelligent and well-chosen. This is one of the few literary documentaries worth watching for the visuals alone.

More importantly, the documentary has a lot to say about Le Guin’s writing. Most of her major works are examined; The Lathe of Heaven and Orsinian Tales are left unexplored, but the Earthsea novels, The Left Hand of Darkness, The Dispossessed, and Always Coming Home are discussed in depth, as is the parable “Those Who Walk Away From Omelas”—and Le Guin’s fiery speech at the 2014 National Book Awards.

None of this is presented in a vacuum. Each informs the other. And Le Guin’s life links them all. Curry suggests a rough periodization to Le Guin’s work, with an early pulp phase giving way to a kind of blossoming of literary ambition (producing works including The Wizard of Earthsea and The Left Hand of Darkness), then a later maturity giving rise to books like Always Coming Home. These later novels perhaps could’ve been explored in more detail, and the absence of the linked short stories of Orsinian Tales feels like one of the film’s few flaws.

But Curry does an admirable job of presenting the novels, letting her interviewees establish and analyze the recurring themes of the works: nature, language, human interactions and possibilities. The anthropological perspective Le Guin brought to science fiction—inherited from her parents, both academic anthropologists—comes out in the film. There’s a detailed examination of her father’s work with Ishi, the last of the Yahi people, and the book her mother wrote about that work. It could’ve easily felt like a diversion, but the film integrates it well into Le Guin’s own writing, and uses it to show how she helped bring a new approach to the soft sciences into science fiction.

Those explorations in turn work with the film’s discussion of Le Guin’s activism and political thought. Talking about The Dispossessed, for example, necessarily means talking about Le Guin’s approach to anarchy. Talking about The Left Hand of Darkness means exploring her approach to gender and feminism, and how that changed in the decades after the book’s publication. Neil Gaiman’s shown paraphrasing novelist Jo Walton’s observation that Le Guin wouldn’t have written Left Hand today as she wrote it in 1971; Walton went on to say that in part that’s because we live in a world shaped by The Left Hand of Darkness, and its willingness to entertain new ideas of gender, however flawed those ideas now seem.

Feminism and gender roles are recurring subjects in the film, unsurprising for a successful woman of Le Guin’s generation. The movie describes Le Guin wrestling with feminist concepts and what feminism means or meant, as her political approach changes over time. That’s perhaps the most impressive aspect of the film: it doesn’t describe Le Guin as a static entity, but as a living thinker who develops over the course of her life. At 65 minutes, Worlds of Ursula K. Le Guin is a tightly-edited document that shows the writer looking back over her path, and the result is not just a fine portrait of Le Guin but an excellent example of how to structure a documentary: how to show the many facets of a complex creative force.