Family is funny — what else do American film critics want? B+ 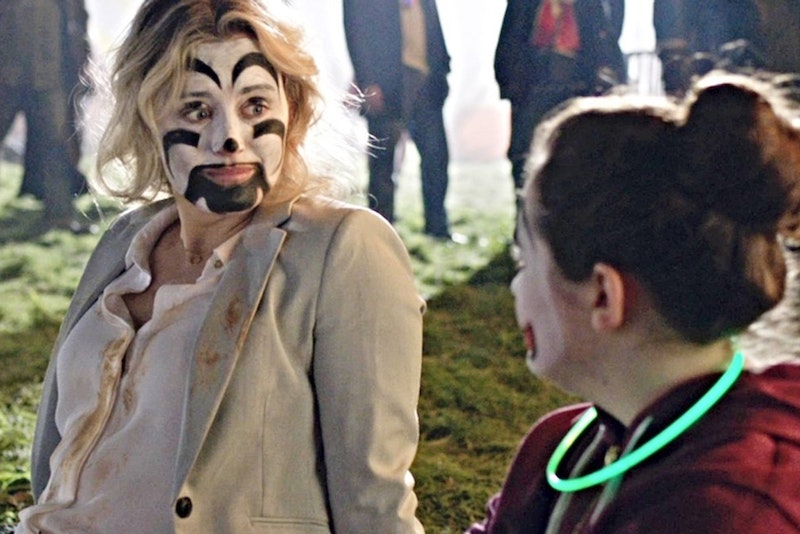 American film critics have never understood or supported comedies. Rarely have the most enduring comedies been embraced by critics as well as audiences upon release — perhaps the best example, Tom Green’s deeply personal dadaist masterpiece Freddy Got Fingered, flopped on first run and was ripped apart by critics who couldn’t see past its crassness, its vulgarity, its non sequiturs, and its embrace of stupidity in search of (successful) pursuit of genius, the leprechaun with the bucket of endless gold. Why is Jerry Lewis still so loathed by Americans? (An aside: Lewis’ standing is so low among the public still that Martin Scorsese’s best film, The King of Comedy, remains shockingly overlooked even by people that love Taxi Driver, Raging Bull, Goodfellas, and all the rest. They see Jerry Lewis, and the title, and they move on. This is a tragic mistake). The French only embraced Lewis because his unapologetically silly films reinforced their own bigoted view of “the ugly American,” and in Lewis they celebrate what is to them the truest American avatar: a buffoon. Is this why we are traumatized to shake our heads and tsk-tsk at broad comedies or vulgar displays of bad taste and “low humor,” as if such a thing were inherently unpleasant?

Laura Steinel’s new film Family has fared better than most comedies with critics, with a 77% rating on Rotten Tomatoes. But this is still too low, and compare it to the 95% audience rating. Why are they so consistently prudish and ashamed to admit or unable even to enjoy “low humor”? Family has no references to Trump, or politics of any kind, but it is resolutely a Trump era film: its lead Kate (Taylor Schilling) is the prototypical “girlboss” who’s sacrificed her personal life in order to move up the corporate ladder and succeed on someone else’s terms. She’s miserable, of course, but then comes her niece Maddie (Bryn Vale), an outcast eleven-year-old drawn to the Insane Clown Posse and their Juggalos (whoop WHOOP!).

Forced to take care of Maddie for a week, Kate loosens up without losing her edge. She acts like an asshole to the end. She never atones for her petty transgressions — littering, swearing, day drinking, being extremely rude to everyone she interacts with — but, crucially, she realizes what an asshole she’s been to her family. This is what is most important, not minor offenses against manners or civic responsibility. By the end, her outlook has changed and her behavior tamed without any moralist lectures about fitting in or being nice or “an inspiration.”

Look at some of these uptight and bafflingly humorless critics try to diss the film: Jeannette Catsoulis for The New York Times said that, “Family would be more interesting if, instead of trying to rewire Kate, it just admitted that her harsh honesty and benign neglect were more beneficial to Maddie than her mother’s anxious hovering. But that would mean conceding that Kate was just fine as she was.” What? Did we see the same movie? Kate is a massive asshole and deeply unhappy with her situation at the beginning of the film, and by the end, she’s struck a balance, spending time with her family and hilariously passing off her pathological workaholism to her desperate underling, who ends up just as miserable as she was.

More missing the point: Tomris Laffly for RogerEbert.com wrote that, “Steiner’s [sic] dull comedy lacks the crucial feelings that could have made the suburban aunt-niece tale at its center more memorable […] the script neglects to give Kate personal depth beyond the bare minimum—Family almost takes for granted the idea that we’ve seen her kind before in countless other films.” Yeah, of course we have. This is a broad comedy: an ugly fat kid, an annoying neighbor, exasperated friends, family, and coworkers, and a rude lead who we’re supposed to sympathize with. Steinel and especially Schilling make it easy because Kate is such a fun character. Why do comedies have to project and reinforce good values? This isn’t a Ruth Bader Ginsberg documentary, it’s an 85 minute comedy where the star shows up drunk to a disciplinary meeting at her niece’s school, routinely insults her coworkers, and casually litters and disrespects those around her.

So many of these reviews bemoan a thin premise, a familiar and well-worn plot, and thin characterization. This isn’t fucking Angels in America. Do they ask the same questions of classic Westerns or screwball comedies? No, of course not, because they haven’t seen those, or easily dismiss John Ford’s work as racist and one dimensional. The condescension and disingenuous sexism — that women can’t ever be unapologetically rude — is a pox on American film criticism. Family is a delicious antidote to all this huffing and puffing from people who probably love Hamilton and think black people are magic. Don’t trust any neoliberal critics who see in Kate a mockery of Hillary Clinton or Elizabeth Warren. Family is worth seeing because it’s funny. Isn’t that enough?