Monica, still on a black ops mission in [REDACTED], eats zebra and complains about ungrateful Americans. 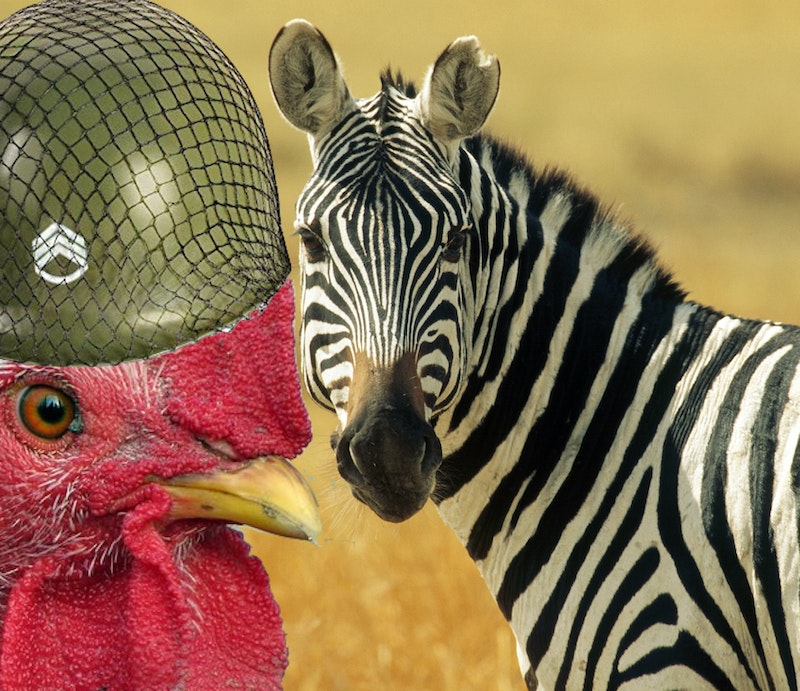 Zebra meat is underrated. I’m not sure if they’re an endangered or protected species but boy are they delicious. It’s really only best fresh though, you have to kill and skin them yourselves to get that sweet taste of death. Kind of tangy in my opinion. I’ve started to taking after the locals here (location will not be disclosed for your safety and mine) and pronouncing the word as “ZEB-ra” rather than “ZEE-bruh” like you filthy Americans. I have so much contempt for my home country now that I think I could qualify as a dissenter despite risking my hackle day in and day out to protect you scumfucks from threats unknown and plots that are foiled before they’re ever revealed.

Everyone in America is so ungrateful for their national security apparatus, which has prevented a major terrorist attack occurring on the mainland since 9/11. Why isn’t this talked about more? Probably because people want to focus on the domestic terrorists at the moment, but don’t worry, we’ll be “taking care” “of” “them” “relatively soon.” Wink wink. I didn’t say anything, but I did suggest a lot.

The other night we had dinner at Prince [REDACTED]’s palace in [REDACTED]. He had half a dozen live zebras and offered us all one to “eliminate” with a schimitar. Talk about farm to table! There was screaming, so much blood, and fine wine. What else could a girl ask for? I watched the life drain out of the eyes of one of these pompous flamboyant fucks that would’ve trampled Roo and I back in the States if it had the chance. I savored its slip into the void as much as I later enjoyed its flesh. Some of my teammates got food poisoning, but I’m not a pussy so I just chased the meal with some bleach and was fine in the morning to go out killing again. Didn’t I tell you how hard we work to keep you safe? And we never get any thanks for it because none of you know we exist. Talk about female erasure.

There’ve been rumblings of a mutiny though, some kind of coup within the crew that’s honestly unnerving to me. Why peck the hand that feeds you gold coins and zebra meat? But this dumb bitch Samantha brought her personal politics over here and is starting to get “mixed feelings” about conducting extrajudicial rendition and assassination missions on another continent. Fuckin’ Bernie Bro. I bet she’s the one behind all those bogus pipe bombs that got sent out the other day. Don’t worry, we’ve already found the real culprit, and they’ve been “taken” “care” “of.”

Again, no mention by the Lamestream Failing Fake News Media on the liberal elite East Coast Soros caravan paid protestors Antifa misandry AAAAAAGGGHHHHHH! My brain is turning into soup, and not the turtle variety. I threw my phone away a long time ago but sometimes our work coincides with current events, so even when I have to peek into the muck, I get sick for days. Can’t you people take care of yourselves? Just listen to your leader. It’s worked well for me, and I’m doing great! Can you honestly say the same for yourself? Think long and hard about it, and sound off in the comments. I won’t read them, but maybe you’ll burn some calories typing out your nonsensical screed you fuck. MAGA!!!!!!!!!!