It was his lucky day! 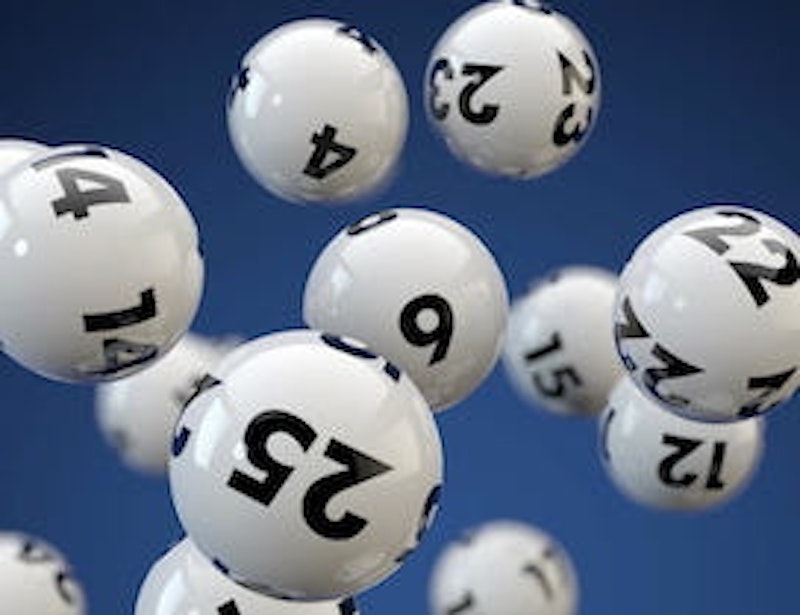 That $5 bill was burning a hole in Brian Powell’s moth-eaten sweatpants pocket. He didn’t often find himself with five dollars to his lonesome, what with the gig economy and global warming being the way they were. He knew he had to do the smart thing with this money, so he strolled down to the bodega and purchased a lottery ticket.

“Making a contribution to the governor’s reelection campaign?” asked the attendant.

“This one here could be the big one.”

The attendant rubbed his rheumy eyes. “Any one of them could be the big one.”

“Get bent,” Powell said. “Just sell me that ticket.”

Powell took the ticket and returned to his dirty rathole of an apartment. All things considered, he led a pretty terrible life. It wasn’t his fault or anything, but outside of writing a few pandering hot takes he wasn’t even paid for, he hadn’t done much good during his 40 years on the planet.

He sat down on the couch, which at this point consisted mostly of exposed strings and mildewed cushions, and put his feet on the coffee table, which was cluttered with takeout containers, vinyl records, and old dog-eared copies of NME. He turned on the television and began watching an inane show on which some half-remembered celebrity tried to coax a bunch of nervous college students into gnawing on the flesh of a dead walrus.

“I’d eat that stinky thing,” Powell said to the television. “These people are a bunch of wimpy, whiny Millennials. They don’t know anything about real life. It’s a jungle out here.”

Powell knew plenty about real life because he hadn’t worked in years. Even when he did work, it wasn’t for much and it wasn’t for long. He lived above bars and in flophouses in neighborhoods that were allegedly “coming back” but actually weren’t, and I suppose there are people who would think that this kind of lifestyle is romantic. Heroic, too, if they were eager to misuse that word.

The hours passed the way they usually did for Powell—slowly and without incident. This normally wasn’t a problem, but tonight he wanted to see the five-minute broadcast where the aging local news anchor read the winning lottery numbers. He had a lucky feeling about this drawing, a lucky feeling he hadn’t felt about anything else that had ever happened to him. The lucky feeling started up in his skull and worked down to his toes.

By the time the broadcast came on, Powell couldn’t contain this all-over lucky feeling. The news anchor walked to the machine where the former Ms. Quad Cities County stood poised to draw the balls. Powell struggled not to wet his loose sweatpants. This seemed like the apogee of his life’s orbit, the one shining moment when things would come together and begin to make sense.

“How about that weather, Clarissa?” the anchor joked to the former Ms. Quad Cities County.

“It’s something, all right. One day it’s raining and the next day it isn’t. You can predict a lot of things, but you sure can’t predict the weather,” she joked back, by which I mean she answered him in a joking way. Still, I feel comfortable writing “joked” in that sentence because those two phonies were both laughing it up like you wouldn’t believe. Maybe you had to be there with them, huh?

“I wish they’d cut the bullshit and get this over with,” Powell said. “I have better things to do than wait around all night while those jerks catch up on old times.”

That was a lie, but I understand his point. After a few more laughs, the former Ms. Quad Cities County drew the balls and the anchor announced the numbers. In case you couldn’t see the numbers on the balls or hear the anchor, a box displaying the numbers appeared at the bottom of the television screen.