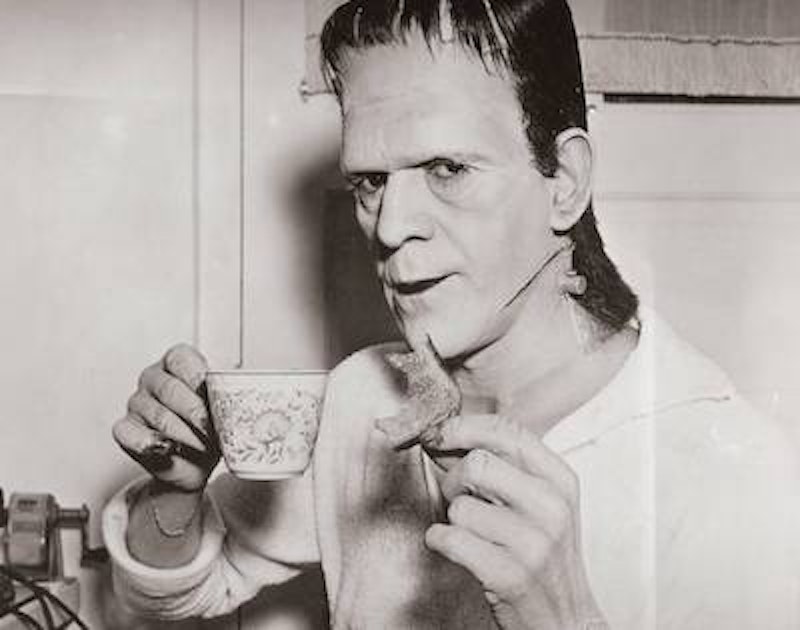 American author Edgar Rice Burroughs wrote a sci fi novel in 1913 called The no.13, later titled The Man Who Lost His Soul, and then re-titled,The Monster Men. Burroughs, who also penned Tarzan—King of The Apes, had no idea what a festering mindset wound he hatched in those Victorian days. Tarzan and King Kong, for me, are the same monster. The thinly-veiled stories of white supremacy over the savage beast. In other words any color that ain’t white.

Men aren't born monsters. We come into this world innocent until something wicked occurs, pushing us toward evil. Women have been forced to watch and tolerated this sordid mess for centuries. Helplessly watching men go bad, mad or worse. Mothers watching children grow into little hellions. Driven insane by the need for greed and hunger for some weird power. Innocent babes in arms waiting for that day when they can get over on unsuspecting fellow humans. Another clueless consumer victim. They'll buy anything. It's the American way. Just ask any salesman. Media vampires on psychic TV may be old-fashioned but it works like a charm.

You can call it the dark side or devil spawn. Little monsters grow up to become little men with power. Some men evolve into behemoth monsters wielding authority, spouting hate while preaching fear and the gospel of greed. Others become Supreme Court justices. Macabre unscientific experiments playing god creating other monsters around the world making it sound too good and denying the weather. There's something wrong here. Someone's leaving a messy trail of carnage across this land. It's death and dollar signs across the board. There's a new kind of "final solution" brewing.

The last days of creepy old white men grasping at straws. Trying to salvage their flawed genetic breed of abnormal sub-humans. Seeking revenge against perceived injustices is their birthright. Bring your bone saws, duct tape and trash bags. Bring your tiki torches and automatic weapons. We'll supply all the ammo you'll need. It's doomsday on the killing floor at the slaughterhouse all the time. They're so transparent you can see right through them. A thin soup of poison they ladle out like gruel in a prison cafeteria. They love being bad guys. Cultured monsters and common ghouls in cheap suits abound like pumpkins just in time for the Halloween parade of spooky holiday season creeps. I've seen mannequins with more dignity than these overstuffed shirts. Scarecrows have more class. It's "Trick or Mistreat" straight to 2019, the year of the pig. Monstrous men are perfect pigs. Power corrupts ultimately destroying the powerless.

If you believe you’re in control, put down that remote. This is way beyond an Orwellian Animal Farm comedy of catastrophe for your viewing pleasure. Every day brings bigger calamities more horrifying than yesterday's old disaster news cycle. It's a sordid game. They can't make this swill up but they sure as hell will try to shove it down your gullet. No one wins because there's no prize. That’s the moldy carrot in the brass ring of fornication. The hot dog in the donut. We see monsters everywhere. There's no tragedy. No doom. No evening news. No important information. No wars. No Kardashians. No presidents of anything. No heroes or villains. Just one continuous grainy cartoon loop playing and you’re the only character. We don't need no stinking reality. I'll be right back after this important message from our sponsors at the evil empire.

"Hi folks, are you feeling stressed out lately? Tired of constantly banging your mind against the walls inside your head? Get out of there. Stop worrying about every little thing and take a well-deserved break. You need it. Why dwell on all that stuff you cannot do anything about. It's all about you and your well-being. Isn't it? Don't waste another second thinking about who to vote for or how things went so crazy. We have everything under control. We pull the strings and push the buttons. Let us have your soul today, we already own your body. We'll take the worry out of your life. Because you have no life. There's no party but ours and you can cry if you want too. You're never invited. There are no rules. There is no truth. There are no facts. No left or right. Let us divide and conquer. We put the fear in you. Let us squander your life away. Sit back, just relax and leave the driving to us.”

Wanting nothing less than everything bears the risk of losing it all. The absurdity of modern living is found in the ancient ruins of historic comedy re-runs. Scrambling amid the dig site of modern civilization searching for that cultured golden toothpick. Two billion dollar lotteries and opioid epidemics of distraction. Monsters don't like people staring at them when they're doing hideous acts. When they punch kick, kill, maim, dismember, burn, rape and sodomize women and children.

Weird years and silly days ahead in the forecast. Even the weather has gone insane. Walmart and Amazon are the latest Godzilla vs. Mothra, battling it out for world domination. The fabric of society is an itchy rayon/polyester blend spun from the cheap lies of imitation designer knockoffs. Here we have the greatest monster of all time at the helm of this leaky boat. The captain’s drunk and the sailors are ready to mutiny. Somewhere between a fake pro wrestler and a wannabe Goodfella plus a really bad comedian.  What, you think I’m funny? It's all we got.