Even in the age of Google maps, it’s easy to disappear down the wrong alley and never be seen again. 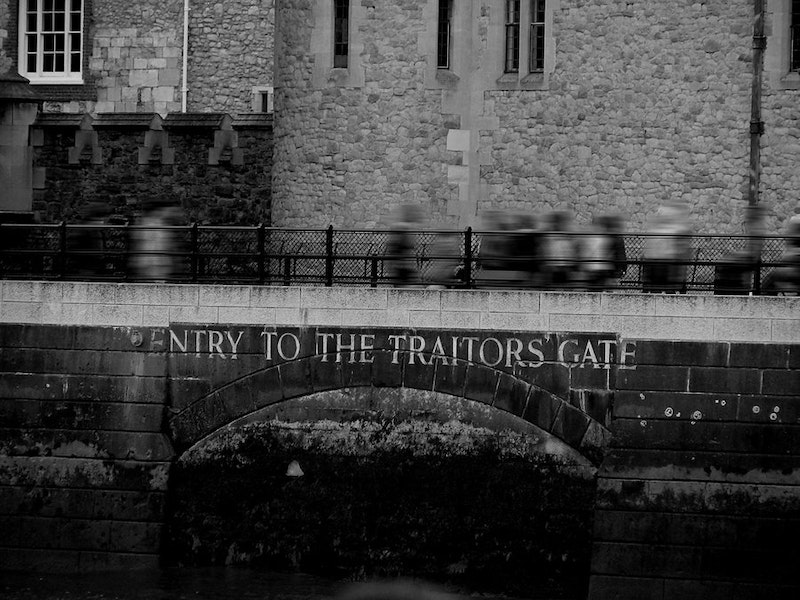 London’s haunted. It’s an ancient city, maze-like and full of horrifying historical crimes. There’s occult symbolism within the architecture that’s often hidden from sight or difficult to discover and full of unknown, awe-inspiring power. Even in the age of Google maps, it’s easy to disappear down the wrong alley and never be seen again. The rumors of child sacrifice at Stonehenge during the Roman invasion in 55 BC allegedly caused a demonic invasion of the city.

Last Halloween, off my medication for months and chain-smoking weed and dropping LSD in Larkhall Park with what now have been confirmed as Somali and Yardie heroin dealers, the landlord of Larkhall Lane evicted me, and, after an altercation with Jamaican gangsters, I narrowly survived a BMX acid attack in Brixton. For the next five days until Guy Fawkes Night I wandered London, tracked by what appeared to be un-dead demons until I saw a demonic moon with claws that subsequently fell out of the sky in a terrifying Park in Shepherd’s Bush. I called it the Bipolar Moon and it seemed like the LSD I’d taken had brought me into a strange, haunted alternate reality.

Ellen Guiley Rosemary writes in The Encyclopedia of Demons and Demonology: “In 1898 Aleister Crowley took a flat in Chancery Lane, London. He named himself Count Vladimir and pursued his occult activities full-time. Stories of bizarre incidents circulated, perhaps fuelled in part by Crowley’s mesmerizing eyes and aura of supernatural power. A ghostly light reportedly surrounded him, which he said was his astral spirit. One of his flat neighbors claimed to be hurled downstairs by a malevolent force, and visitors said they experienced dizzy spells while climbing the stairs or felt an overwhelming evil presence.”

Crowley, both an MI5 agent and Nazi propagandist, has had his portrait removed from the National Portrait Gallery.

I’m sure many London residents have felt like there was some kind of ghostly creature in the room with them, especially in buildings hundreds of years old. The phrase “If these walls could talk” has never felt so eerie or so apt, given Halloween is only days away, and there is a rare Hunter/Blood Full Moon the week before.

When I was a toddler, I suffered night terrors. It’s now my belief that Catholicism and Satanism are inextricably linked, and I was also curiously born on the same date as Anton Szander La Vey, the founder of the Church of Satan. I remember ecstasy hallucinations of grinning demons in London rave clubs. I once saw a creepy Victorian baby carriage pushed down the middle of the road one night by an evil-looking old woman. When I was about 10, my sister said she’d been told about a demonic doll and asked my Mum if ghosts existed. Mum smiled softly.