The Brian Powell Story about hot takes and cold-hearted social media influencers continues, although no one can say why. 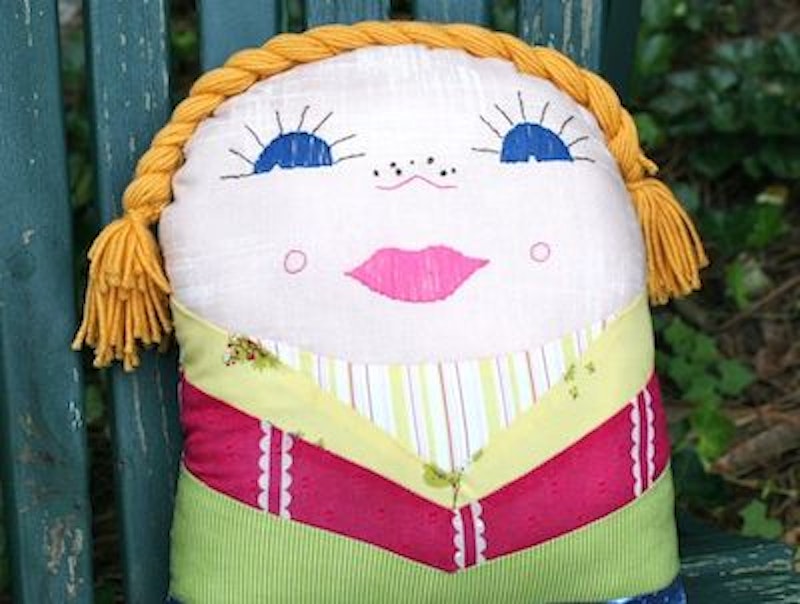 “I had fun tonight, Otter,” Camden Camden said when she and Oscar Berkman arrived at the stairway to her apartment building. “Maybe we’ll do this again sometime.”

“Yes, I enjoyed your company, umm… I liked the movie, I mean,” Berkman stammered.

Camden gave him a strange look. “Yeah…” she said.

Berkman wondered what in the heck that look was for. He’d been agreeing with her, after all. Wasn’t that what she wanted? If not, then what did she want from him? Why did she always make him feel like a lunatic for opening his mouth? His armpits were sweating profusely. He fought the urge to mop the sweat up with his calloused palms and then sniff those palms and won the fight via split-decision after a grueling 15 rounds. “Brian Powell’s a, uh, great screenwriter. Did you ever read his Lana Del Racism hot take?”

“No, I don’t spend a lot of time on the internet,” Camden admitted. “I’m pretty busy.”

“But we work for an Internet publisher,” Berkman said. “Do you read the pieces we publish? Do you... do you at least read my pieces? I pour my heart and soul into those, Cammy.”

“Gosh, that’s nice to hear. Well, it’s half past six, so I should be getting to bed, Ossa,” Camden said after a cursory glance at her watch. “I guess I’ll see you at work tomorrow, huh? Bright and early and all that.”

“Oh, work?” Berkman asked. He wrung his hands together like a desperate encyclopedia salesman. “Yes, yes, I’ll… I’ll be there, yes. But I’m sure the Chief will be there before either of us. That old battle-axe is always burning the midnight oil, seeing as how he lives there now and can’t afford the utility bills.”

Camden nodded and smirked a sort of puzzled smirk. You know the kind I mean, I’m sure. Only women can smirk the sort of smirk I’m talking about. It’s a condescending expression, to be sure, but the reason for the expression is usually mild bewilderment on the female’s part. It’s very strange, really. On the one hand she’s smirking because she feels superior to you, but on the other she would seem to lack the self-awareness to grasp whatever cockeyed point it is that you’re trying to get across. What’s the reason for it, then? “Okay,” she said with a light stroke of Berkman’s bulging forearm, “I’m sure I’ll see you then.”

“Yes, I… Have a, umm… Enjoy your… sleep…” Berkman stuttered like a little boy trying to read aloud a Dick & Jane book for his classmates’ edification.

“Oh yeah, Mr. Powell took a lot of sick days,” the creepy principal, as played Jeffrey Jones, said, tucking his baby hands under his long sloth arms. “It was always, ‘I’ve got a sinus infection,’ or, ‘I’ve got bronchitis’ with him. Sometimes he would even send out emails to the entire school listserv asking us to give five or six bucks to this crowdsourced ‘Brian Powell sick day fund’ he was always promoting. He was a substitute teacher, you know. Just a temp. He didn’t really work here is what I’m trying to say. In spite of that, he called off an awful lot.”

“You’d'a hadda be crazy ta think that boy won’t on the drugs!” the janitor exclaimed as a video montage of his best floor sweepings and stall moppings aired courtesy of the sweet fucking bullshit video crew on the news program.

“Yeah! Drugs!” the janitor shouted with a good deal of hostility, performing the “toking a reefer joint” gesture for good measure and then blowing a raspberry in the interviewer’s face.

So it was true, then—Powell was nothing more than a drug addict at the head of a class full of innocent children! Everyone agreed—even the tough-as-nails keyboarding instructor, played by Mavis Beacon! God only knows what kind of Dick & Jane rubbish a mere substitute teacher was filling their impressionable minds with. He might even be telling them not to end sentences with prepositions!

I’m writing to you here from camp and it’s not bad at all. There are five or six people who understand and even “get” me, which I think has to be some kind of record. The camp counselors are all very nice about the pillow-for-a-face problem. I hope against hope that this is the year that things turn around. Maybe one day I’ll wake up and discover that I have a real girl’s face, not a pillowcase with eyes and a mouth drawn on it. Or maybe at least I will wind up with a better pillowcase over my pillow. Maybe a caricature artist from the county fair will have drawn a face for it, or maybe my parents will have gone to that store in the mall and had pop idol Boogie Crackerjack’s face silk-screened onto it. Isn’t she just so gorgeous? We used to sit outside and sing her “Sup Sexy ASL (nm 24/f/OH u?)” song all day last summer. Except for that one awful thing that happened to my pillowcase face with the magnifying glass and the fire, it was a lot of fun.

Anyway, there’s a boy here at camp I think about a lot. His name’s Brian Powell and he seems really sweet. He isn’t prejudiced at all, and he likes birds, too. He told me the other day at the lunch table that his favorite bird was a starling, which as you know is one of my top 25 or maybe even top 20 birds. He’s very skinny and shy, and he’s probably pretty smart since all shy, skinny boys are either whip-smart or just plain pathetic. The other boys don’t get along with him, but that’s their loss. I bet I am going to marry him one day!

Well, it’s getting close to bedtime so I’ll wrap this up. How are things back in Anytown? Did you get that Life Savers candy figurine you sent away for last month? Are you still working on your big hot take story? I hope I’m a character in it, but if I am, don’t write me with a pillow-face. Maybe you could write me like Princess Pippa, like a princess character, as if I lived in a castle in the sky. There are castles in your hot take, right? Anyway, if there aren’t, could you please put one in there for me? I’ll write with more news about Brian and maybe one day you two can meet up and you can see what a shy, skinny boy he is.
Love,
Pillowface Jones

It was nice. Very nice. Nice nice nice. They didn’t have a better word than nice. One of them looked up synonyms for nice, and none seemed to fit what it was. So they settled for nice, only they weren’t settling at all.

Noted hot take writer Brian Powell had soft, rheumy eyes, a prematurely receding hairline, and a set of puckered-up fish lips that always had what appeared to be a dusting of white powder on them. When you got right down to it, he looked terrible. In this looks-obsessed society of ours, nobody in their right mind was going to “slam” or “hotwife” this sad sack.

Things came to a head one evening when a large homeless man hassled him on the street. “You a virgin,” the homeless man said. Impuissant wretch that he was, Powell stood there and took every bit of it. “Ain’t he a virgin?” the man asked a passerby. “You standing five feet away from him, ain’t he a virgin? You a damn virgin-a,” he continued, emphasizing the last part of that word.

“Oscar, let me rap with you about how substance abuse can interfere with running a business. You take that first drink on a Sunday night, then five or six more, then a bottle of malt liquor, a bottle of 151… pretty soon you’re getting a hangover while you’re still drinking and all you can do is drink some more to kill it, ‘hair of the dog’ and whatnot. Suddenly you don’t want to go in Monday, and since you’re the Chief, the ‘jefe’ if you will, you start coming in on Tuesdays. It’s a slippery slope, for sure. Eventually you’re only in the office on Thursdays and Fridays, and when you get there you’re staring down at three piles of mail: Companies who are suing you because you haven’t paid your bills, former employees who are suing you because you haven’t paid them, and summonses to appear in court for everything from driving while intoxicated to nonpayment of parking tickets. Yep, these have been really dark days for us here at Millennial Media Disruption Hot Take Publishing, LLC, but I promise your check for all that sweat equity will be in the mail as soon as I get my fibromyalgia disability settlement and can afford a stamp.”