Why They Suck: Kevin Spacey 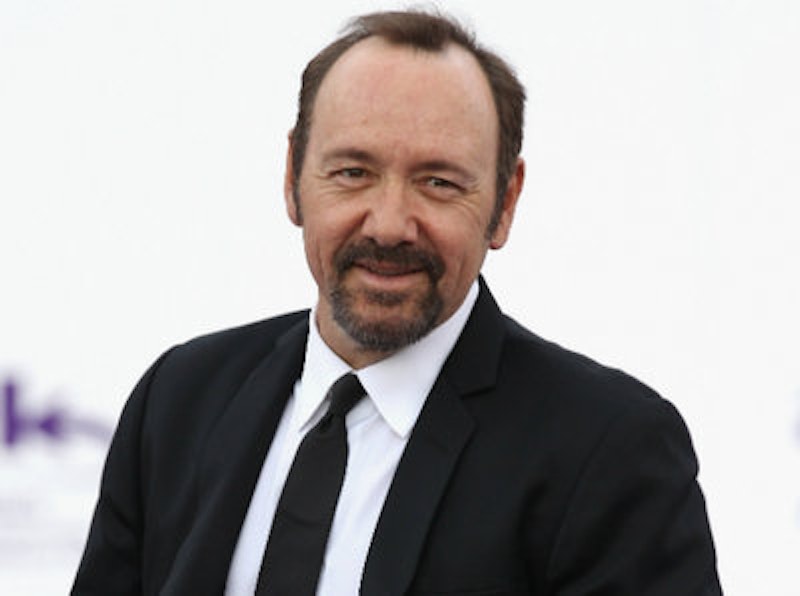 Today marks the 20-year anniversary of “Why They Suck.” When I first came up with the concept, I was just another hipster househusband doing my small part to re-gentrify a desperate city. I had no idea that the column would spin off #1 bestsellers and a hit podcast, much less that I'd be played by Sarah Jessica Parker in the lucrative movie franchise. I've learned a lot writing “Why They Suck,” as Cheryl Strayed got all that wisdom from doing “Dear Sugar,” or like those dudes who do “Modern Love” or “Freakanomics.”

Through all the grinding, meaningless years, I've never stopped being amazed and disappointed by human diversity. If there's one bit of wisdom I could pass on, it’s this: people really, really suck. Forty years of doing "Why They Suck” has given me a lot to reflect on. When I started, I was sure I didn't suck. But the life of a suck columnist is notoriously challenging. Inevitably, I sank at best into addiction, isolation, and madness.

Nevertheless, I learned one important lesson: no matter how bad I suck—no matter how empty and appalling my values, no matter how ugly, diseased, and morally degraded I may be—I’ll never suck with as much suction as Kevin Spacey. Good heavens does Spacey suck.

Somehow, in everything from The Usual Suspects to the latest brain-fucking E-Trade commercial, Spacey is always the same: supercilious, pretentious, utterly self-involved, sneering, deploying a mechanical repertoire of tics with each character. It's hard to feel an emotional connection with any of the people he's playing, because it's him playing them and you really don't want to.

Somehow, virtually all Spacey-played characters are emotionally blank and scene-chewingly weird. Watching a Spacey film is watching Spacey, “acting.” You don't come away thinking about the character or even the plot; you come away thinking about Spacey, sort of playing the character. Actually, I do think the whole of Spacey's accomplishment is summarized well in the E-Trade campaign.

I'm a political junkie. I made it all the way through Scandal. I've had a crush on Robin Wright since she was on Santa Barbara in 1987. And yet I just couldn't keep going with House of Cards. It was causing too much negativity in my life. I spent way too much time pondering the ways Spacey—not Frank Underwood—should be tortured. I blew myself away with my own creativity, and yet I found in the long run that my life is somewhat less a sheer burden without the series, rightfully acclaimed though it is.

I think the basic idea of Spacey is that he or his character is always the smartest person in the scene. But I've never really seen any evidence of actual intelligence of any sort. What makes him seem smart to people is that his consciousness of his own genius is palpable in his every expression and gesture. That’s a very poor substitute for actual IQ points, however.

And really, the oeuvre is pretty bad anywhere you cut into it, though I will say that American Beauty is a good movie in which Kevin's Spaciness actually works okay. But really grapple again after all these years with the quality of the voiceover and the crippled tics in Usual Suspects, for example. Sometimes it takes a few years' perspective to realize that someone's performance made a movie unwatchable.

What tore it for me was the worst film ever made, The Life of David Gale (2003). You'd think I'd connect to it, because the main character is vividly like myself. Plus the cast is ferocious, including Laura Linney, and the themes are hyper-emotive: murder, assisted suicide, death penalty activism, and so on. The only—well, the main—problem is Spacey, who is both non-present and overwrought. That makes it difficult or wrong to feel anything.

On the other hand, casting Spacey as Gale was sensible. Everyone says he's a genius, and you can see that he believes he’s a genius. Yet these are the only symptoms of intelligence he displays for 16 hours, or however long that thing is. It's been a long and degrading slog for my own genius, devoted for decades to sucking and only to sucking. And yet, like a Spacey film festival, the experience of writing “Why They Suck” may have been rewarding in some way, or at least ultimately survivable. Here's to the next 80 years.

Why They Suck: The Science of Suckology

Why They Suck: Bob Dylan

Why They Suck: Stephen Hawking

Why They Suck: David Bowie

Why They Suck: Picasso

Why They Suck: Bruce Springsteen