Expect more stunners from both Trump and Clinton. 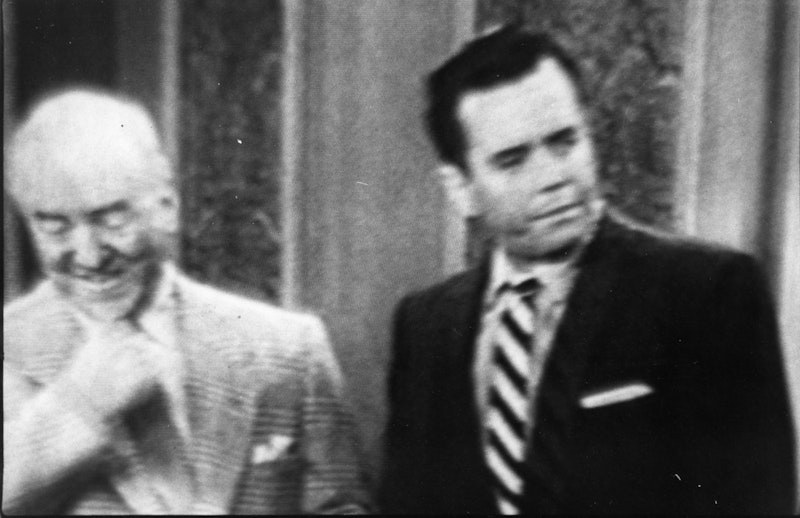 One the persistent themes of 2016’s rancorous election is the animosity, between friends and online acquaintances, that results when you make a comment—now on Trump and Clinton, previously the primaries—that some find so outrageous that friendships are at least temporarily severed and the “blocking” on Twitter and “unfriending” on Facebook is at an all-time high. (As I’ve written previously, it’s very likely Twitter, unable to find a buyer, will find its fortunes deteriorate even further once the election is over. I find it hard to believe—but who knows?—that pitched battles will occur over a nominee for Treasury Secretary.)

I suppose I’ve gotten into a few civil scrapes, but nothing too untoward, mainly because I learned my lesson in 2000, with the Bush/Gore re-count, that we’re in an era when politics can’t be discussed willy-nilly, even with those you’re close to. For example, when my boys were much younger, and the family lived in Tribeca, going to nearby Washington Market Park was a regular after-work and weekend activity. While the kids horsed around on the jungle gym or made ooh-and-ah sand castles, the adults, sometimes smuggling a few cans of beers into the park, shot the breeze.

I was for Bush, and vocal about what a putz I thought Gore was, and that led to very nasty ostracism from my friend Dennis, and while we duked it out, our wives rolled their eyes, as if to say these guys are nuts. After Bush was sworn in, I lost contact with Dennis. Similarly, subsequent to one heated conversation with Rick, a very liberal lawyer (Bernie Sanders was too moderate for him this year), we both knew it was headed in the wrong direction, shook hands, and decided to keep our opinions to ourselves on national politics. Good thing, too, since Rick’s a great guy, and we see each other on occasion when I go up to the city, and during the baseball season text each other during every Red Sox game. We keep abreast of the latest on our progeny—same ages—share memories of concerts in the 1960s and, increasingly, the aches and pains that accompany the passage of time.

One fellow I’ve known since we were classmates at Johns Hopkins in the 70s, the well-respected author and journalist Mark Hertsgaard, and I have never had any difficulty maintaining our friendship despite contrasting political views. Mark’s a consummate gentleman who doesn’t get unjustifiably angry, and though he now lives in San Francisco we’ve kept in touch over the years, if only by email, although we did meet up on Market St. last year before my sons and I went out to Oakland to see an A’s/Red Sox game. Years ago, both just out of college, Mark worked in D.C. for the Institute for Policy Studies, while I was at the beginning stages of my weeklies, Baltimore’s City Paper and its sister in D.C. We’d have lunch in Adams Morgan every month or so, usually at the now-gone Cuban shrine The Omega, and talk and talk till we were hoarse. In the fall of 1980, with the Carter/Reagan election at full tilt, we were on opposing sides, and when I’d defend Reagan he’d counter my nostrums, and while he was far more liberal than Carter (and frankly, I don’t even know if he voted for the failed president), he’d say what a horse’s ass Reagan was. And then we’d laugh and move on.

I was reminded of this the other day when Mark wrote an essay for, in my view, the toothless Nation (like many political journals, it’s lost its juice) about how Trump was officially kaput, and that the sex videotape would be played over and over until Nov. 8, and could—at least he hopes—lead to a full-on Democratic capture of not only the White House but both chambers of Congress. Good golly, what a nightmare scenario, at least for those of us who don’t fancy a European Union-like America.

As Mark pointed out in a Facebook post, we’re not so far apart on politics: while he’s a proponent of massive taxes, and I’m a flat-taxer, we’re in complete agreement on social issues, including the necessity of a humane policy on immigration. And we both have no time for the Religious Right, with their—in 2016!—stomach-souring preaching about abortion, gay marriage, prostitution, and the vital need for school prayer. Mark’s an expert on climate change—has traveled all over the world doing research on the subject, written books, etc.—and while I agree but don’t find the planet’s destruction imminent, he’d slaughter me in any debate about that can of worms, so fearing an intellectual loss of dignity, I know better than to challenge him.

But back to the Trump tape heard all around Washington and elite circles in both political parties (where it was especially enjoyed) and the country at large. We haven’t been in touch since Sunday night’s debate in which I thought Trump—although words fail me to describe how repugnant he is, on a par with both Clintons—defused the brouhaha fairly well, claiming it was “locker room talk” for which he apologized, and there are issues far more crucial to the country right now than his bragging about banging the women of his choice. (This kind of boys’ chatter, though I certainly heard it as a teen and young man, isn’t my style, and I used to just ignore it. It’s funny: one very liberal acquaintance of mine, who mourns the fact that Obama can’t remain in office, once, back in the 70s, made a joke about abortion in reaction to the pro-life exhortations of a mutual friend. He said, baiting the pro-lifer, “Hey, we rape ‘em, you scrape ‘em.” There was an uneasy silence in the car and fortunately we arrived at the old Homewood Deli on St. Paul St. for $.99 corned beef sandwiches in a matter of minutes. Tension defused.)

Mark wrote, perhaps correctly: “[N]othing attracts audiences more than sex and gossip. Which is why this video is going to be watched over and over and discussed all but nonstop for the rest of this campaign.” Maybe so, less than four weeks until the election, but I suspect this latest Trump scandal—and make no mistake, his slurs against Muslims and other immigrants, and denigrating soldiers who're captured, were scandals—will give way to another self-inflicted Trump storm. The hourglass is almost empty for the New Yorker, and it does appear he’ll lose—maybe in a Goldwater fashion—yet this election remains fluid and the entire cycle has been so weird, nothing would surprise me.