My Handyman Buddy Looks at 2016

Somewhere in Québéc, a drunken handyman takes a side. 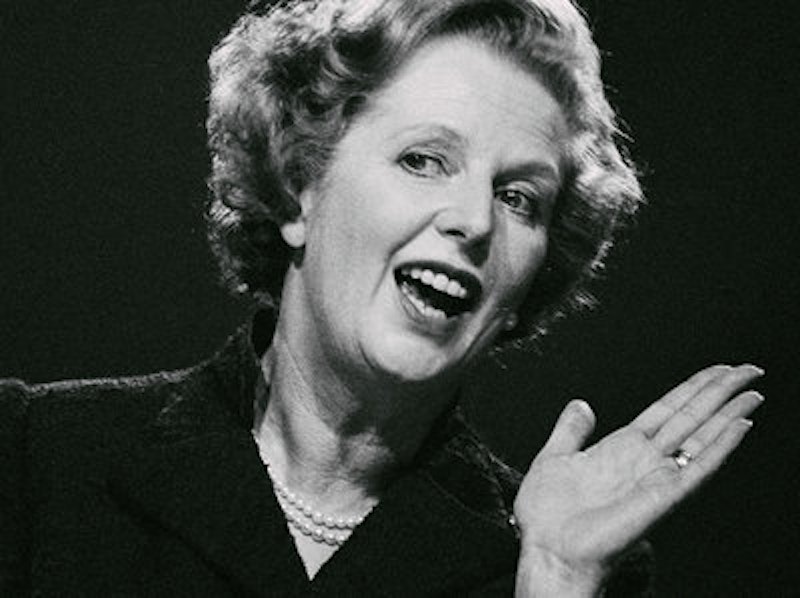 The handyman said these words to me: “I would vote for Hillary.” He’s Québécois and said it “hil-Larry,” emphasis big on the second syllable. He believes hil-Larry could straighten things out, a bitch like that, one like the woman in England. “Margaret Thatcher,” I say. The handyman: “Her.” He points in front of him, playing Margaret Thatcher. “’That goes there, that goes there, that goes there. Hey, fuck you.’ Women, they do not play,” he says. “Not all the time. No. They do not play.”

Our conversation had started because of Donald Trump. The TV was on, and with it the news, and the handyman said, “I wonder if Trump’s on.” This touched me, in a way, because I follow U.S. politics more than I should. I’m devoted to it like a silly fan, whereas the handyman considers politics part of the dumb clutter people force on you when you just want to be sitting in front of your TV and drinking your ninth or 10th beer. The handyman spits on politics. Yet even the handyman had felt Trump and knew to watch for him. That made my little world feel more real.

I asked the handyman what he thought of Trump. But he burst into his opinion about hil-Larry. I’d never have thought to ask about her. Normally he considers it foolish to know a politician’s name. When Obama came in, the handyman coolly dismissed him this way: “Collateral damage.” The handyman delivered the phrase with great pleasure, feeling its weight, and he repeated the experience several times on that long-ago evening. Next he developed a ferocious disdain for Obama, but that was just for the length of the inaugural and a few days after—the same clip of the swearing-in had kept running and he got tired of it. Afterwards the handyman forgot who Obama was. The name came up and I had to tell him that was the president of the U.S. The handyman looked like he was faced with a tired question: namely, how could anyone be dumb enough to know a president’s name?

Now he knows the names of candidates, and his opinion of Trump is as clear-cut as his opinion of Hillary. “Anyone but him,” the handyman said. “He is not a man. A wall, you want to build a wall, to keep out the, the people—”

“That is not a man,” the handyman said. “A man does not do that, no. That is not how a man does.” The handyman’s a great one for reiteration. “A man doesn’t hit people who are smaller,” the handyman said, proceeding. “Hey, my mother, in my house, when I was growing up—hey.” Fart sound for emphasis, because he was growing sloppy. “Hey, that was the law. Our father, he never laid a finger on us. He knew. Hey, our mother—women do not play.”

We watched the Barney Miller DVD that I’d brought, and the handyman dropped asleep in his chair. On my next visit I’ll have to bring up Trump and Hillary again, to test if anything remains. But I think he’ll remember: it’s been that kind of year. This is a time of portents.