White male privilege isn’t going to cure our hemorrhoids or the insecurities that wrack us deep inside. 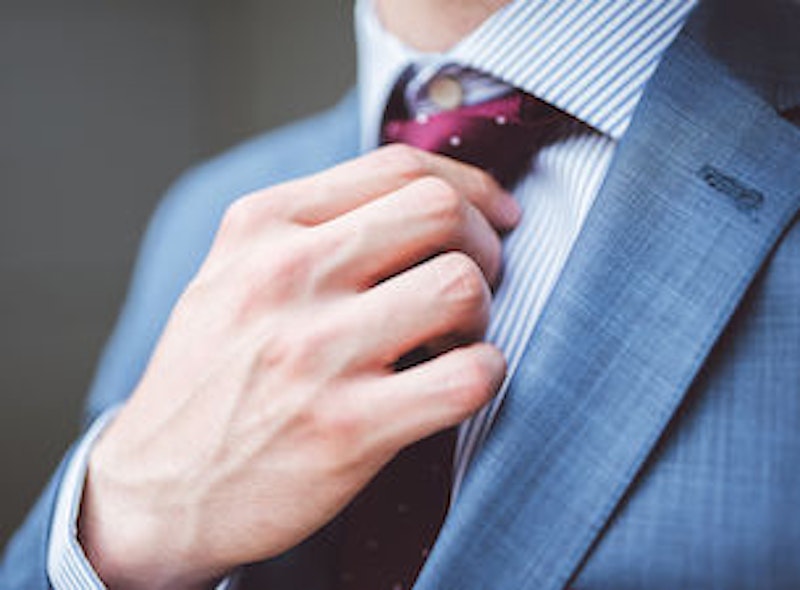 Curious women and members of minority groups often ask me: Professor Sartwell, what is it like to be a white guy like you and possess all that privilege? It must be tons of fun! (Actually, it would be awfully weird for them to ask me this, and no one ever has, I don't think.) I tell them that, for a variety of reasons, it's not really the sort of thing you notice moment by moment, and that it's of limited assistance in most situations.

Possessing white male privilege won't heal your broken heart, for example, or cure your addiction, or make your life comprehensible. It might also be fading in this or that cultural or economic zone. But though privilege in itself won't buy you a cup of coffee, it might still help you corner the coffee market. At a certain level, being a white guy helps make you collectible and helps makes you electable. It operates best at the level where money and power meet the unconscious workings of the imagination.

For example, what happens in your head when I ask you to picture an “artist”? I daresay that, in this festive graduation season, most Masters of Fine Arts degrees are being awarded to women. But it may well be that the image that swam through your ken just then looked kind of like Pablo Picasso, Jackson Pollock, Vincent Van Gogh, or Leonardo da Vinci: the lone figure transforming the world from the protean depths of his imagination. You can be forgiven for having this picture: 88% or so of the attributed works in the Metropolitan Museum of Art, for example, are by men.

That's why it's not surprising that white guys are still rocking the auction houses. A painting of haystacks by Claude Monet, for example, recently went for $110 million. And rather surprisingly (to me, at any rate) a stainless steel bunny by Jeff Koons just set a record for a living artist: Christies auctioned it to Bob Mnuchin, the treasury secretary's father, for $91 million. Or it surprised me in one sense: I don't understand how people are thinking about Jeff Koons' work, which runs the gamut from amusing to silly. But not in another, because I've noticed his prices swelling as the years have gone by, like a white guy's… ego.

Perhaps the fact that other white guys have most of the money has helped Koons along his pioneering path of genius, as he’s gone from tour de force to tour de force, from porcelain renderings of Michael Jackson with his pet monkey Bubbles, to pornography (featuring himself and his then-wife, a nude model and member of the Italian parliament), to extreme topiary, to mylar balloons in the shape of bunnies, to stainless steel bunnies that are as shiny as mylar but more durable. Meanwhile, the Mnuchin boys have gone from strength to strength, art dealing to investment banking to policy-making, wife to shiny, unendurable wife.

Next I might ask you to picture a president of the United States. Being forewarned, you may have concentrated very hard on Barack Obama. But really most of the picturing is going to bring you Washington, Lincoln, Teddy Roosevelt, or (as for me) Warren G. Harding. If the Met is clocking in at 88, the White House operates at 98 percent white guys. And then it appears that when people try to picture the candidates currently running for the office as president, they have an easier time with Joe Biden or even Pete Buttigieg than Kamala Harris or Tulsi Gabbard.

All of this is going to work best at an unconscious level, where you just coincidentally find yourself distributing respect in a consistent race-gender pattern. But it also works at a collective level, where you don't think that you yourself think white guys are more electable, or better artists, but you worry that everyone else does. Then you start bidding up their prices or handing them the keys to the "free world."

And I wonder what sort of person you picture when I ask you to imagine a doctor, a professor, a CEO, a rock star, a tech genius: not what you think you ought to imagine, or even what you want to say you imagine, but what you really do imagine. Perhaps John Lennon is not going to save us after all.

White male privilege isn’t going to cure our hemorrhoids or the insecurities that wrack us deep inside. But I want to declare, on behalf of white guys everywhere, or at least of a few white guys such as Jeff Koons and Joe Biden who’ve floated to the top of the meritocracy like cream, that we've enjoyed our time up here, and that—if our oversized presence in your mind is any indication—our best days are still to come.