It's never their fault. 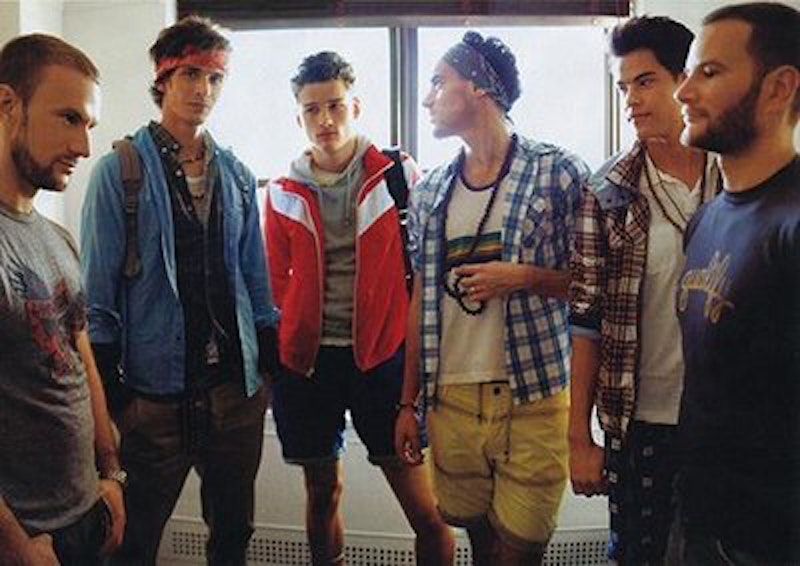 A few weeks ago my boyfriend and I went to a techno party in an East London Victorian warehouse. I won’t reveal who the DJ was, but will say he was a queer Italian techno innovator so I assumed the crowd would be queer-leaning, even as the techno scene can be oppressively heterosexual and super bro-y. As soon as we got to the door there was an overflow of bros lollying around in their “bro-iform” (blue jeans, un-tucked striped collared shirts, brown shoes) spilling out into the streets. Oh god, I thought. This is going to be terrible. We went in anyway but didn’t stay long—too much fist pumping, crazy aggressive behavior, and odd stares.

If you’ve watched the news recently (or at all, really) and followed the racially-motivated police violence towards black men in every crevice of America you’ll know that the media loves to tell us that black guys are scary. Really scary. We’re just “thugs” destroying our own communities. We don’t know how to obey the police. Having a little weed in our systems automatically means we’re criminals who deserved to be shot when we run from the cops.

But nobody talks about how scary certain kinds of straight white guys can be, the white guys who’ve been drinking way too much, who roam around together in packs, screaming stuff, taking up so much physical space, looking for things to piss on, cars to flip, fights to pick. There’s nothing scarier than huge packs of drunk straight white guys out on the prowl on a casual Saturday night. Why doesn’t the media talk about that?

Part of it is because black people (and other ethnic whites) have historically been pictured as savages in white eyes. We’ve been put on display, gawked at, mocked. We’ve been put to work as animals through slavery and our bodies were and still are measured against white standards of beauty as a way to underscore the lasting power of white. What is actually different about the way black men are portrayed on news television right now and the way we were portrayed in some of the most racist cartoons and imagery of the 19th century?

White: Essays on Race and Culture, a fantastic book-length essay on whiteness by the cultural critic Richard Dyer, shows the ways whiteness works in contemporary visual culture. One of the strongest arguments he makes, one that helps us understand the seriousness of the differences in representation of disruptive white and black people by the media, is that white people are always just “people.” When they're fucking shit up they’re just being rowdy. When they’re turning cars over they’re just having a little bit of fun.

If that’s not white privilege I don’t know what is.

The film culminates in a riotous feast in a pub where the boys drink, eat and ultimately destroy the whole tavern, and the rest of the movie shifts to how the boys will ultimately get away with it all. It’s a great movie about absolutely terrible people, but I think it tells us a lot about the way white privilege works, whether you’re posh or not.

Despite the serious damage the bros in The Riot Club—who were essentially a gang—did to the pub there was little police involvement, no self-awareness they were even doing anything wrong. They knew they’d pay their way out of any trouble. Can you imagine how different this movie would’ve been if it was about black guys destroying a bar and paying for blowjobs? I don’t think the message is that riotous, drunk white boys never get arrested or never get in trouble with the law. But they do tend to get away with things and the media view crazy white boys as “misguided” or “mischievous,” while black men are always “thugs.” Why won’t the media call ratchet white guys thugs, too?