A Lesson in Empathy

The experience of empathy is one of shared humanity. 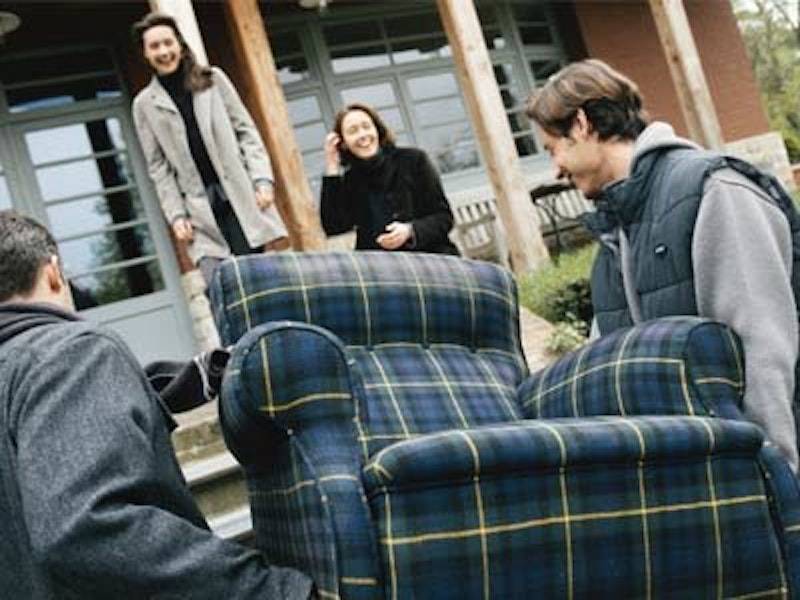 Returning from a trip to Maryland on a recent Sunday afternoon, I’d just stepped out of my car when I heard a voice, calling. “Hey! My neighbor!” It was a lady who lived a few houses down, who seems to have some sort of developmental condition. I see her around sometimes, dumping garbage and shouting to herself; our interaction is minimal, and I don’t know her name. “I need your help! We’re moving a chair, and I need your help!”

The chair was on the second level of an apartment house, where the lady lives. One of those bulky, fake black leather Lay-Z-Boy numbers. Two older people—parents? landlords?—were grappling with the chair. To be honest, I didn’t want to help them. I’d just driven two and a half hours north, not counting the time spent grocery shopping en route. Some of those groceries were perishable, as were two carryout containers I’d brought along. It was a warm spring day, and I was very hungry—dinnertime was nigh, and I’d skipped lunch. All I wanted to do was go inside, eat, get some writing done, Skype with my son, shower, then sleep.

I didn’t want to help people I barely know transport a huge chair down a steep fire escape. But I did it anyway, because it was the right thing to do. Initially it appeared that the goal was to get the chair down to the ground safely. Then a flap got snagged on something, and one of the older people produced a knife and handed to me, asking me to sever the flap. I did so. Then the handle jammed in the grating, and the three of us struggled mightily to free it, wresting it down the narrow flight of stairs.

“What’s going to happen to this chair?” I inquired.

“We’re throwing it away,” came the reply. This simplified matters. If it was garbage, there was no sense in the three of us risking our lives while the chair’s owner stood below, staring up at us. The fire escape was not designed for furniture transport, and the underside of the chair was a hive of metal appendages destined to catch on railings or rend clothing or flesh. “Why don’t we just throw it down there?” I suggested.

That was a solution everybody liked, though there were caveats: if we threw it to the left, we risked crushing somebody’s car, and if we threw it to the right, we risked smashing some windows. We compromised by struggling a few feet further, then unceremoniously dropping the thing to the right; doing so required our combined strength, with me bearing the brunt since the chair’s center of gravity was tilted in my direction. Then we carried it to the dumpster. The trio offered thanks, and I shook everybody’s hand and went to unload my car and get on with the evening.

I don’t relate this story to congratulate myself, but as a demonstration of the notion of empathy. Empathy might be described as putting yourself in someone else’s shoes, and seeing the world as they see it—even if that worldview is drastically different than your own. The experience of empathy is one of shared humanity. Empathy is helping a stranger across the street or providing something to eat or drink. Empathy is letting your employees go home early on a Friday, but paying them for the time they won’t be in the office. Empathy is trying—earnestly trying—to understand the conditions that might cause people to loot and burn the neighborhoods they call home; empathy is also trying—earnestly trying—to understand the mindset of anyone who automatically labels a looter an “animal” or a “thug.”

In this instance, I saw two elderly people grappling with a piece of furniture that they would not have been able to move on their own. By assisting when asked, I was able to make the circumstance slightly less stressful for them, and reduce the possibility of injury. Nothing heroic about it. It’s something anyone of able body would do for other people.