America is full of surprises these days, mostly unpleasant. 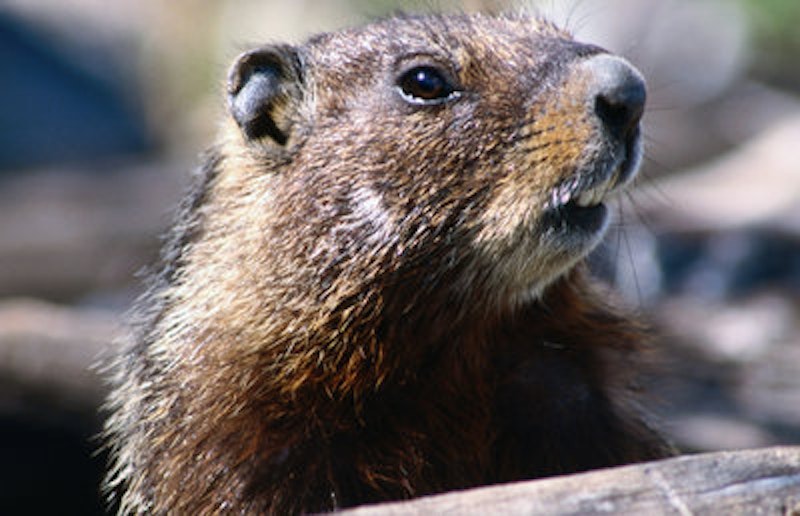 Daisy and I spent Friday afternoon and evening on my cousin’s back porch in Cherry Hill, NJ, watching the wildlife. In an unusually wise design choice for a suburban development, a large meadow was left untouched within the perimeter of tract houses on her block. This meadow is full of ancient trees and large bushes, with a lovely grassy knoll on the southern side facing west. It’s occupied by woodchucks, rabbits, squirrels, doves, chickadees, robins, blue jays, cardinals, two very large tomcats, and visited occasionally by a very large grey hawk, hoping, no doubt, to snatch an unsuspecting squirrel. Daisy scattered baby carrots for the rabbits and peanuts in the shell for the squirrels. My cousin puts out birdseed every morning. The woodchucks are enormous and fat, and we both wondered what it would be like to cuddle one. An absurd idea, but still appealing.

The next day I drove us through our usual itinerary in the Pine Barrens: the historic town of Batsto, and the obligatory visit to R. Marilyn Schmidt’s Buzby’s in Chatsworth, the true heart of the Pines. Ms. Schmidt is the authoritative historian of the Pine Barrens, and the only person who’s thoroughly mapped the place. GPS is no good out there. She’s selling the store and the apartment above in order to devote more time to her writing. She regaled us with tales of her acquisition of the property, and how she outfoxed the local power brokers when she acquired it 15 years ago, after she moved out of the Barnegat Lighthouse. “They thought I was just some dumb broad from out of town,” she chuckled. Daisy and I headed to the Shore fantasizing about buying the place and ending our days maintaining that magical little shop as Marilyn would. I hope whoever buys it keeps the spirit of the place alive. I am weary of change; it reeks of entropy.

We headed to Seaside Heights. Neither one of us had ever been there. Hurricane Sandy made landfall at Seaside Heights back in 2012 with the full force of nature’s wrath, snatching a roller coaster off the boardwalk and plunking it fully intact and upright into the sea. The photographic images of this bizarre occurrence became an iconic image of the devastation wrought by that most horrific of storms, and a testimonial to the design and maintenance of that roller coaster. Owing to the complete ineptitude and corruption of government bureaucracy at the state and federal levels, the town was left to recover on its own. We’re both suckers for comeback stories, so we had to see it. It’s not how you fall that matters: it’s how you get up again.

We booked a room at a Motel 6 a couple of blocks from the beach and checked in early enough to walk the boardwalk before sunset. Walking is difficult for me now, after sitting for so long, but the more I walk, the better I walk, and a good walk it was. The culture of the Seaside Heights boardwalk is fascinating. It’s sleazier than Wildwood, which is saying a lot, but it’s a very charming sleaze, still clean and shiny, all rebuilt in the wake of Sandy. There’s a very definite low-level gangster presence, making no attempt at concealment. It was like walking through an episode of The Sopranos by the sea, middle-aged black gangbangers, survivors, sporting their flags with unabashed pride and street-level Mafiosi bellowing into their cell phones about debts and deals in thick Jersey accents. There are bars on the boardwalk, relatively quiet now, before the season opens, but certain to be riotous Pynchonian bacchanal chaos after Memorial Day. We got a couple of fish sandwiches at a boardwalk joint, watched people scream on a couple of newfangled vomit-inducing thrill rides, and made our way back to the room for our usual motel regimen of pot, beer, and the Weather Channel for our last night together at the Jersey Shore.

The Jersey Shore had been our destination of choice in the early years of our relationship. I’d inherited my Mom’s little 1992 Chrysler LeBaron when she died back in 2000, and just about every weekend in the summer Daisy and I would pile into it, dive through the Holland Tunnel, and head down to the Pine Barrens and the Shore. From Sandy Hook to Ocean City, up and down Highway 9, we ran the back roads exploring superlative unpretentious seafood joints and cheap little independently-owned motels. I was riding high on my work with Cirque du Soleil and New York Press, and she was working at the Waldorf School in NYC, with a decent salary and actual weekends to herself.

Our most memorable weekend at the Shore was the weekend of September 8th and 9th, 2001. We went to Ocean City. It was after Labor Day, the end of the season, and the shops on the boardwalk were clearing their stock. It was a hot weekend, temperatures in the 80s, with an ocean temperature to match. We took a room at the Owl’s Nest in Somer’s Point, just across the bay. It was their best room, a second-floor affair with a fireplace we didn’t need, a huge bed, and a full kitchen. I think it cost me about $65. That’s the off-season: because cheap is how I feel.

The surf was fantastic. I stocked up on discounted garish Hawaiian shirts and bought a lime green and hot pink kite that looked like a flying saucer. We body-surfed all day on Saturday, and walked that night gorging ourselves on boardwalk food. We checked out of the motel on Sunday and spent the better part of the day body-surfing and, after numerous failed attempts, flying our ridiculous kite. Late in the afternoon, we packed our beach gear and kite into the car and headed back to New York. As the traffic inched over the ramp leading into the Holland Tunnel, we caught sight of the World Trade Center towers illuminated by the sunset. They were both glowing, an unreal and ethereal golden pink, reflecting a light from a vision of Heaven or a particularly blissful acid trip. I had Pink Floyd’s Echoes on the car’s CD player. We were both stunned by the sight. It was the last time we saw them intact.

Things went downhill from there. We went down to the Shore again in 2002 and early 2003, but it wasn’t the same. Nothing was. To alleviate the encroaching funk, Daisy went out and got a feisty little gray Maine Coon kitten named Jackson from an overworked investment banker whose curtains he’d been shredding on Central Park West. She named him “Scooter”: Scooter Jackson. He became the light and center of our world, and our trips to Jersey ceased except for the occasional day trip to Sandy Hook and one memorable visit to Ocean City in the dead of winter in 2004 so that Daisy could witness a blizzard coming in off the Atlantic.

Sunday we walked the beach a bit, but it was too cold, so we checked out and stopped off at Gregory’s on Route 37 in Manchester for a perfect lunch. We took Route 70 back to Cherry Hill, had a fine dinner with my aunt and cousin, and went to bed early in anticipation of Daisy’s flight out of Philly back to Gainesville the next day. The Weather Channel was predicting some very nasty shit right around the time of her flight, and we wanted to be ready.

As it turned out, the weather was the least of our concerns. America is full of surprises these days, mostly unpleasant.