What’s So Great About Smiling for the Camera? 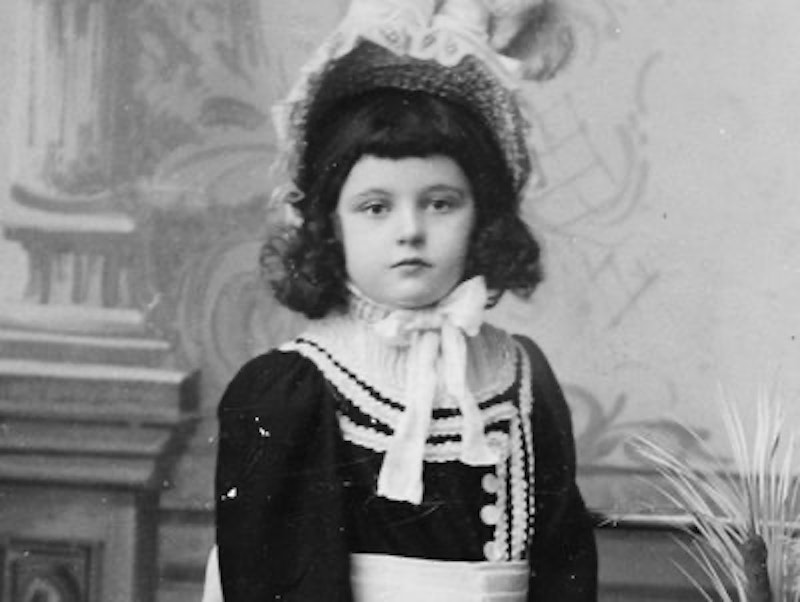 Gore Vidal recalled a time when he sat next to Harry Truman at a banquet. The ex-president was talking grimly about something, perhaps that idiot Eisenhower, when his head swung away and his teeth burst forth. A news photographer had come in view and Truman wanted the man to have a good shot of him smiling.

I suppose my Aunt Golda was Truman’s reverse. She wouldn’t smile for a camera. She lifted her shoulders, she lifted her chin, and her features went straight and flat. I know this because one afternoon I tried to take her picture. I said smile and she said, “No, that is not proper,” or “prop air” (and “dot” for “that”). Normally she smiled most of the time. She was that rare combination: somebody quick-witted who enjoys people. She found life to be a lot of work (she’d come from a little village in Russia) but also a great deal of fun, and one thing she liked was a person who could laugh.

But she cared a great deal about dignity and the weighty side of existence. This wasn’t something she accommodated herself to and hummed through, waiting to turn the TV back on. Work, family and the fate of humanity—these mattered to her the way they should matter to a person, with a weight that braces the back and makes the body feel whole. A person at such a moment has her shoulders back and her chin up. Her face will follow suit because on the person’s mind is the big sky of what life is and what it calls for. That was Golda when she presented herself for a portrait. Humanity wants to see itself represented at its best and she would oblige: she always rose to the occasion. So Golda didn’t smile when we took her picture.

That’s my explanation. The Washington Post tells us the prevailing academic view is that people from Golda’s day considered smiling a sign of low-grade intellect. Smiling in a photograph meant you wanted everyone to know you were dumb. But Golda took no such view. Smiling was fine by her, that I can say with confidence. Beyond this point I can only suggest a clue. Golda told me her first impression of America, back in 1914 and ’15, was of the people you saw with their lips yanked back and their teeth showing. People going about their business and—she demonstrated—keeping their mouths pulled open to show they were happy. She knew about smiles, but in America she learned about fake smiles. Like the one Truman had for the cameraman at the banquet.

Vidal blamed the habit on Franklin Roosevelt, who had turned being president into a star performance. But the Post reminds us that smiling for the camera is everybody’s habit, not just politicians’. The paper describes a “massive cultural shift in American history,” and tells us, “Over the course of the past century, happiness has replaced seriousness as the default emotion for photography, and for portraiture in general.” We’re told that Eastman Kodak got the ball rolling. Cameras wouldn’t sell if portrait sitters found them off-putting and intimidating, which many sitters did. The company hyped the idea of being photographed as an occasion for fun, of smiling for the birdy.

But, from what Golda told me, Americans of long ago would stick on smiles even without a camera. Of course, not as many people might have done this as she thought; a dozen examples might seem like a hundred, given that the habit seemed so strange to her. But I bet she was on to something. America is the land of selling, of the personality as economic tool. It’s also the first modern country, built from the ground up in the modern age. In the modern world people don’t tend to know each other as well. They put on a face. That face is open and friendly because people who feel alone want to see somebody welcoming. The faces oblige because, with rapport established, maybe the people will buy something.

In New York, a city that was then growing by leaps and bounds, people learning to live among strangers might think a permanent, all-purpose smile was necessary. Later they learned they could save it for one on one; people weren’t looking the rest of the time. But people always look at photos, so the smile is always there. Unless, like Golda, you come from an earlier time, a world of cow shit and rutted tracks, where people die often and it’s an achievement to be alive with your chin lifted. Then you do honor to your mother, your father, yourself, to everyone who has kept you alive and healthy, and to everyone you help in return. You’re not selling anything. You have better things to do.