The Beast in My Brain

My friends tell me more than ever that I should see a therapist, and they're right. 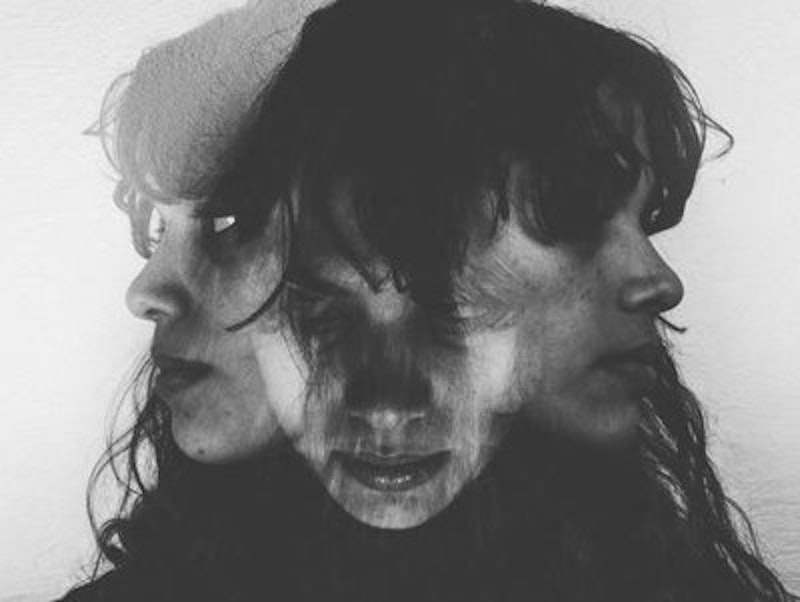 “You should probably see a therapist,” said everyone in my life. “Yeah,” I grinned, and returned to worrying.

As far back as I can remember I've been a worrier. Although I'm not sure what caused this reaction, I seem to either be looking over my shoulder or peering fretfully ahead. Living in the moment doesn’t come easily to me; while other people experience life as it happens, I'm on the lookout for whatever is about to come along and ruin everything.

You could argue that this sort of outlook is rooted in my transness. I certainly would, because I'm starting to be convinced that everything about my life has been in some way informed by my suppressed gender identity. When I was four, the neighbor girls managed to squeeze me into a scratchy black princess dress and pushed me in front of a mirror, giggling; the two sensations I recall are this feels nice around my legs and if anyone finds out about this, something terrible will happen to me. I'm not sure where I got the idea that boys in dresses were committing crimes—probably not from my well-meaning white liberal parents, though stranger things have happened—but instinctively, I knew that it wasn't a good idea to share this escapade.

As I grew older and that suspicion was borne out by the rampant homophobia and transmisogyny in Appalachian New York, I think my brain latched onto that confirmation bias and fed it into my disposition towards anxiety. School was already doing a good enough job of that on its own; with so many holes in my memory, I was becoming ever more anxious about forgetting simple tasks, school projects, and even my entire backpack. And as nice as it was to be liked by my teachers for my “gifted” brain, the strain of keeping up an honor roll record as of third grade took its toll on my nerves.

The more complex and demanding the work in my life became, the more I shut down. When assignments piled up, the higher the stack got, the more likely I was to be unable to work on anything—let alone get out of bed to face my mental to-do list. The most I could do during the worst episodes was seek out, ahem, adult entertainment which affirmed (in one way or another) what I later understood to be my trans identity.

The extra confusing part of this, though, was that I didn't feel these emotions strongly. I was aware of fear spikes and heightened periods of muscle tension, and I was happy enough between episodes, but I felt number than anything during bouts of anxiety. Worst-case scenarios seemed inevitable, and all I could do was play them out in my mind. I couldn't be depressed, I reasoned; I didn't feel the kind of Edgar Allan Poe despair that some of my friends did when they skipped a day of meds. Maybe I just don't deal well with stress, I pondered once at New York Comic-Con, while silently shrieking in my head as bodies closed in all around me on the show floor. That's pretty normal.

So then I realized I was a girl and things got... messy.

After I'd been on hormone therapy for a few months, I noticed that my emotions were sharper, more intense, prone to swings. I'd been ready for that; “second puberty” is a hell of a thing, and I was more than willing to be emotionally volatile if it meant growing boobs and fixing my hairline. That's pretty much exactly what ended up happening, but what I hadn't expected was the depth that my emotions would eventually reach.

All of a sudden, after only crying five times in a decade, I was able to weep at a moment's notice. And weep I did! For a while, I was simply glad to be back in touch with emotions I thought I'd walled off, but then I realized something else was happening. My periods of incapacitating anxiety, although they'd never gone away, were now characterized by bouts of sobbing as well. A good cry helped me get through my feelings for a while, especially when I needed to sleep; soon, though, I realized that this wasn't just a matter of emotional volatility during transition.

Please don't misunderstand—I definitely cried for other reasons. Two days ago, I cried acid tears after watching that Disney short about the little Russian matchstick girl who dies of hypothermia. But the most intense tear action has come during times when I feel most overwhelmed by my to-do list, when I feel myself shutting down and looking for places to hide from the storm I feel is always just beyond the horizon. When that bears down on me, the waterworks aren't far behind any more.

All this has made me realize that I have an undiagnosed anxiety disorder. I tried to cover it up, deny, and ignore it for years, much like I did my transness—but in the end, it's turned out to be a consequence of my transition that I now confront the reality of the beast in my brain.

Now that I'm visibly trans, my friends and loved ones tell me more than ever that I should see a therapist. And they're right. Not because I'm a girl now—but because of what being a girl has taught me.