The Dark Side of Nostalgia

I'm not a kid anymore. 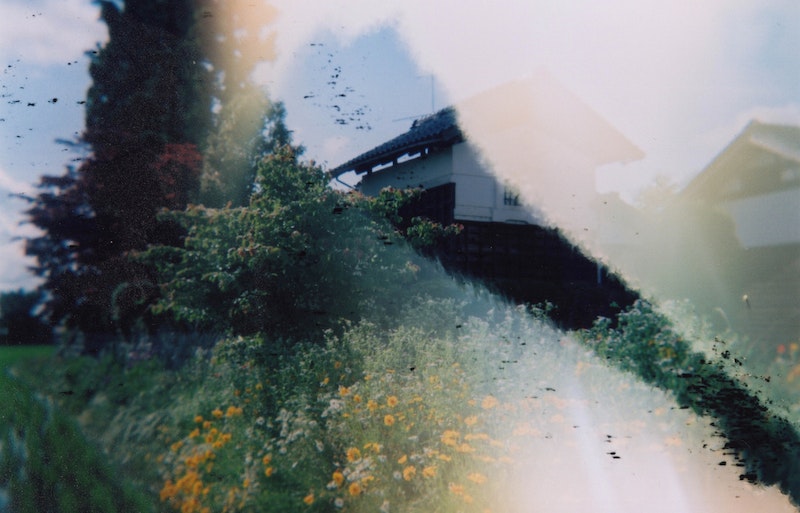 If I had a shred of common sense I would've ignored the sentimental bells and whistles. But no, I had to linger. I had to try to recapture the "magic" of days gone by.

Magic? Whatever... the whole situation was more like a metaphysical barf-a-thon. An overcast sky. Oppressive humidity. Eerie quiet. They all should've been clear warnings. And yet I just kept going, spurred on by the candy-coated reminiscence of young revelry in an ivy drenched cul-de-sac.

To my deluded brain there had to be something left there, some living imprint of that glorious time frolicking with my cousins who grew up on the edge of the city. As an only child with mostly older relatives, my cousins are the closest thing to little siblings that I've ever had, so I have many formative memories of goofin' off down in the little patch of dirt and grass behind the three story house that my aunt and uncle lived in during the 70s and 80s.

Toy tanks sunk into imaginary quicksand. The wretched sarlacc swallowed up plastic replicas of Luke Skywalker and other colorful characters from Return Of The Jedi. Nuggies we're given. Knees were skinned. We perfected our Three Stooges tribute act. We "wrassled." We raced. We did all the dumb crap that little kids do. Everyone has their special childhood memories connected to a specific time and place, but regardless of how unusual or banal they might be these are coated with a hypnotic sheen of adult context that always makes them seem like a way bigger deal than they actually were. This realization came to me the hard way.

One day in the late 90s, I was driving around somewhere near my cousins' old neighborhood. I'd gone out to run some now forgotten errand—let's say I was going to the hardware store. The air was heavy. It was late May or early June. In the midst of this trip to the hardware store, an awkward idea popped into my head: "Hey! My cousins' old house is right around the corner, I should stop by and check out the old stomping grounds, just for old times' sake." Soon enough I pulled into the cul-de-sac and parked on a small gravel pad just adjacent to the sandbox and the boxwood shrubs that followed the backyard property line. It all looked exactly as I remembered it, but as I got out of my car nauseousness and other uneasy feelings began to creep like the tide that rolls out just before a tsunami destroys every last trace of some remote island.

Soon I found myself standing in the backyard. It was a week day, probably two p.m., and brutally quiet—no one was home. Still, I couldn't help but think of the fact that I was trespassing on private property. I had no clue who lived in my cousins' old house at that time. Every tiny little sound there jarred my nerves; I kept thinking some cops or the home owner or the neighbors or angry guard dogs were secretly waiting to give me the hell I was unintentionally asking for. Then it hit me: "I have no fucking right to be here. My relatives don't live here. The old next door neighbors dont even live around here anymore. I am not a little kid and I'll gain nothing positive from mucking around in a sandbox." Despite its quaint domestic charm, the place felt like a time-blasted shamble. And if I had stayed there much longer, you could've said the same about me.

A dark sky began to heave as I dragged myself back into the car. By the time I turned the key and headed out of the cul-de-sac it was pouring down furiously. I could barely see anything in front of the windshield. The rain was so thick and hard that I had to drive about 10 miles below the speed limit the whole way back home. I cant even remember if I made it to the hardware store, but I'll never forget the disgusting feeling that infested my world when I came face-to-face with the dark side of nostalgia.