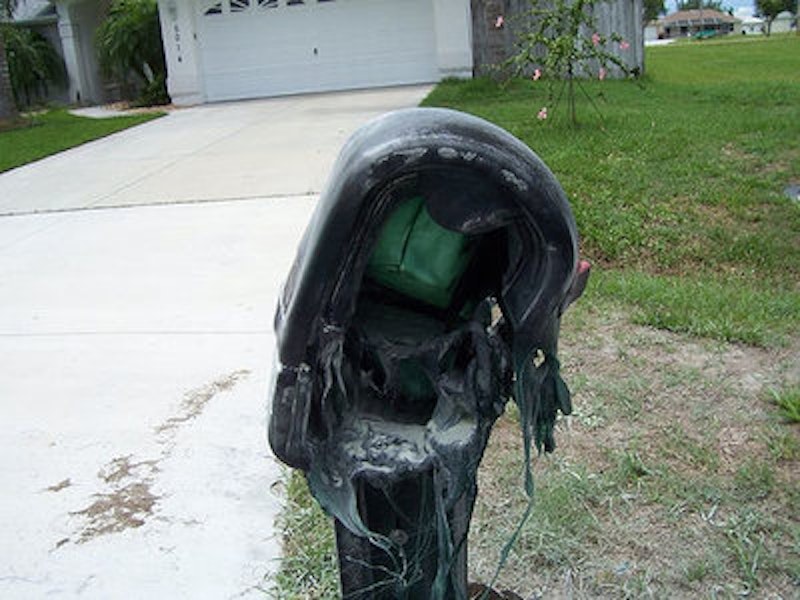 No July 4th celebrations for la famille Harris, nor for the family of Brother Aiden, our cohabitants at our small Benedict Option community here in Indiana. Not for us that Walpurgisnacht for Americanist jingoes.

No, Mother, Daughter, Brother Aiden and his wife Marie, and I spent the night of July 4th in the usual modest and virtuous fashion in which we often spend our summer nights.

First we consumed a nutritious supper of green lentils, unpretentiously garnished with a handful of the wholesome dillweed beloved, I am told, by the peasantry of Nizhnevartovsk. We washed down this repast, which we accepted with humility as a gift from a stern but beneficent Lord, with generous portions of good goat’s milk, still lukewarm and frothing, straight from the udders of the distaff members of Aiden’s herd. I, for one, relished the creamy clots that floated in this salty elixir, crushing them with gusto with my tongue against the roof of my mouth, even as I greedily licked from my lips those escaping rivulets of the pearly nectar.

O nourishing milk! Wiping from my chin the last bits of this beverage, which we drank from unadorned clay mugs, I meditated on the blessed image of the infant Christ, the Incarnation of the Logos, supping at the left nipple of Holy Mary, Mother of God (Theotokos)—an innocent lad taking innocent suck, but yet both perfectly god (teleos theos) and perfectly man (teleos anthropos).

Then came the sausage, Brother Aiden’s admirable household sausage—and what sausage! I mostly avoid meat, but it is with gratitude that I accept Brother Aiden’s sausage.  Marie and he stuff it themselves, enlivening the pork, beef, and offal mixture with the blessed things of the gardens that we tend carefully here at what I love to call our Organic Acre: parsley, thyme, rosemary, fresh green garlic and other of the delights that the Father has put for our use on this, our earth.

Daughter, perhaps needless to say, did not appreciate this repast as much as I did. She expressed displeasure at both the goat’s milk and, peculiarly enough, the enjoyment with which I gobbled the sausage.

“Oh man, Dad, looking at you munch that thing is just… no,” she moaned, shaking her head. “No.”

Perhaps she thinks it is unseemly of a Christian to take such delight in the pleasures of the body. But she is wrong. A true Christian does not spurn the fine things of the world.

After refreshing ourselves in this way we retired to Brother Aiden and Marie’s parlor, where, amidst unpretentious comfort, we listened as Brother Aiden “treated” us to a fascinating disquisition on Byzantine Emperor Michael VIII Palaiologos’ skillful diplomacy in the wake of the Second Council of Lyons in 1274, and how it redounded to the glory of Orthodoxy. And I’ll have you know that Aiden didn’t stint in describing the subsequent anathematization, at the Hagia Sophia, of Nikephoros I Komnenos Doukas and his brother John the Bastard!

The adolescent Daughter was churlish throughout this part of the evening as well. She even expressed a wish to be elsewhere when the rumbling of distant fireworks drifted into the cabin across the summer evening.

“This is so sick,” she whined. “We’re American, and it’s July 4th, and they’re blowing off fireworks in town, and we’re sitting here talking about the Byzantine friggin’ Empire.” Neither Mother nor Aiden nor Marie said anything in response, startled as they were. I said nothing in response either—though you will forgive me for thinking that, given the way Daughter has lately been spending her time, her criticisms of this well-spent evening were rather rich.

No matter. I will settle the score soon with Daughter. I am arriving at a plan. More on this later.

One casualty of the evening, however, was our mailbox, blown apart at some point after midnight by an M-80 that a loud crew of drunken teenage roughnecks set. The blast, which shocked me out of a fine slumber, rattled our windows. When I emerged in the morning in my sandals to inspect the mailbox I found it chewed up as if it had been forced through a shredder.

I considered logging a complaint with the local police, since I have an inkling of which local boys were responsible for the deed. But I thought better for it, leaving them to their own consciences and to the mercy of God. We are all sinners; we must all ask the Father for forgiveness.